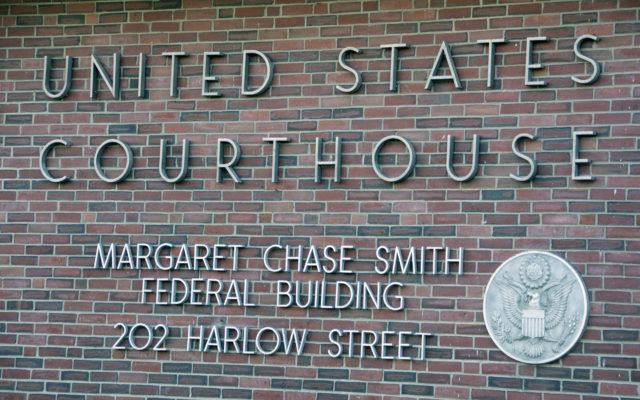 Nina Mahaleris • October 23, 2019
A Presque Isle man pleaded guilty to illegal possession of a firearm by a user of controlled substances in federal court in Bangor on Wednesday, Oct. 22.

PRESQUE ISLE, Maine — A Presque Isle man pleaded guilty to illegal possession of a firearm by a user of controlled substances in federal court in Bangor on Wednesday, Oct. 22.

Samual Mathers, 33, of Presque Isle was initially charged with the felony offense after police found him in possession of a loaded firearm, methamphetamine and a methamphetamine pipe during a traffic stop on April 3, 2018.

Mathers admitted he’d been using meth every day for more than a year, according to court documents.

Officers found more than 12 firearms and ammunition in Mathers’ residence.

In March 2018, Mathers was sentenced to seven days in jail and a $600 fine for operating a vehicle with a suspended or revoked license.

In 2015, he was charged with six offenses including, eluding an officer, operating while under the influence, driving to endanger and unlawful possession of a scheduled drug.

He was later sentenced to 30 days in Aroostook County Jail on two charges from 2015, failing to stop for an officer and operating while under the influence.

Mathers faces up to 10 years imprisonment, a fine up to $250,000, or both, for his latest charges. He is expected to be sentenced after a presentence investigation report by the U.S. Probation Office.

Only one member of Maine’s congressional delegation had come out in favor of impeaching President Donald Trump ahead of House Speaker Nancy Pelosi’s Tuesday announcement that the Democratic-led House of Representatives would begin an impeachment inquiry.
Pets END_OF_DOCUMENT_TOKEN_TO_BE_REPLACED