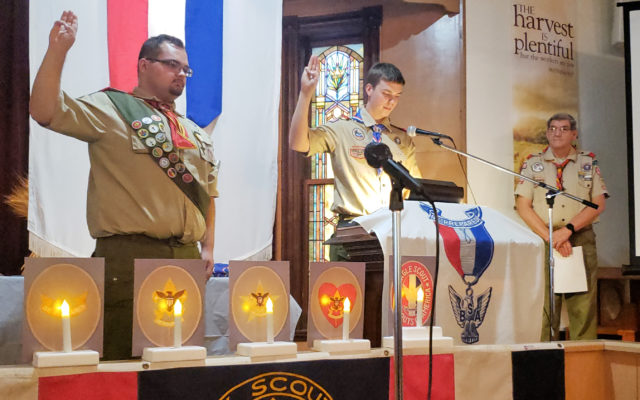 The afternoon began with Washburn Scouts presenting the colors, leading the Pledge of Allegiance, Scout Law and Scout Oath, followed by opening prayer by Pastor Ellen Cleaves of the Lidstone United Methodist Church. 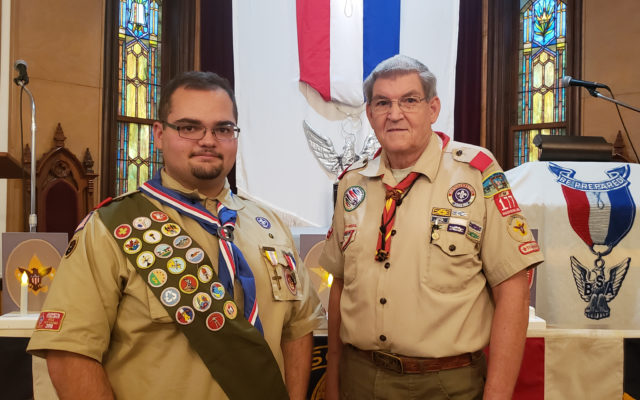 Tardie’s Eagle Court of Honor began with the Trail to Eagle ceremony, where Scoutmaster Larry Harrison and fellow troop members reminded him of his climb up the Eagle Trail, with an overview of each rank he earned along the way. Cards representing each rank were placed at the front of the sanctuary and candles were lit for each.

The Eagle Charge was administered by Washburn’s 30th Eagle Scout, Adam Wilcox, and all Eagle Scouts in the audience stood and reaffirmed the charge as well. 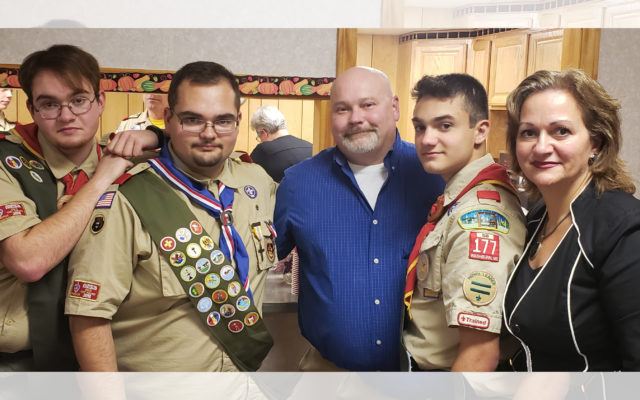 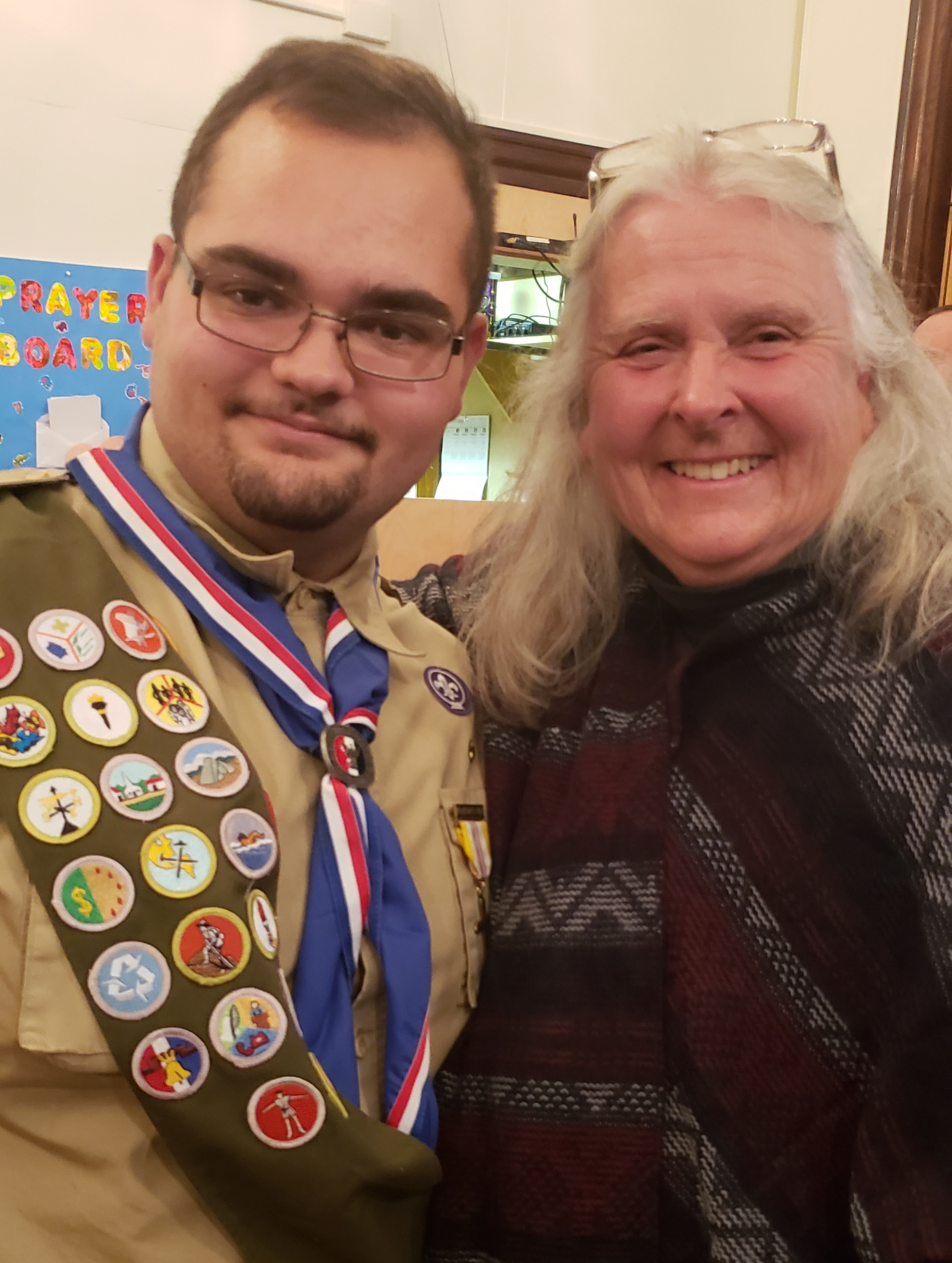 Then it was the new Eagle’s turn to give an account of his Scouting journey and present gifts to all those who have helped him along the way.

The afternoon ended with a closing prayer by Pastor Ellen Cleaves followed by refreshments and a special Eagle cake in the church fellowship room.

I was mentioning to our board of directors this past week that I got a quarterly report from a large online retailer who will donate a portion of my purchases to a charity I select.
Campaign Corner END_OF_DOCUMENT_TOKEN_TO_BE_REPLACED