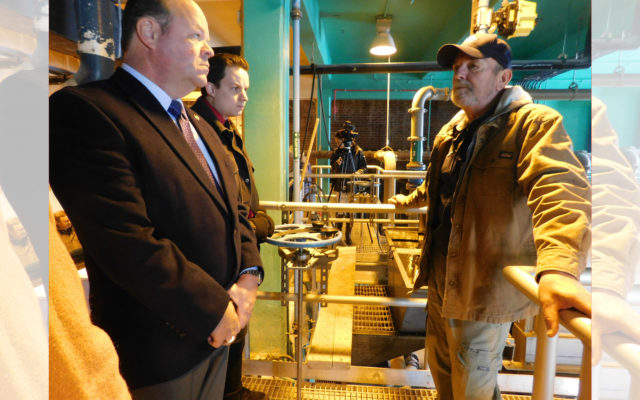 Nina Mahaleris • November 13, 2019
The United States Department of Agriculture is awarding Presque Isle Utilities District a $6 million grant and a $9.6 million loan to improve the infrastructure of the treatment facility on Dyer Street.

PRESQUE ISLE, Maine — The United States Department of Agriculture is awarding Presque Isle Utilities District a $6 million grant and a $9.6 million loan to improve the infrastructure of the treatment facility on Dyer Street.

“The district has been in need of funding to upgrade its wastewater treatment infrastructure and improve issues impacting the environment,” a press release from the agency stated on Nov. 7.

Frank Kearney, superintendent of the Presque Isle Utilities District, said the grant will help cover the costs of upgrading the city’s wastewater treatment operations to align with new policies from the Maine Department of Environmental Protection. 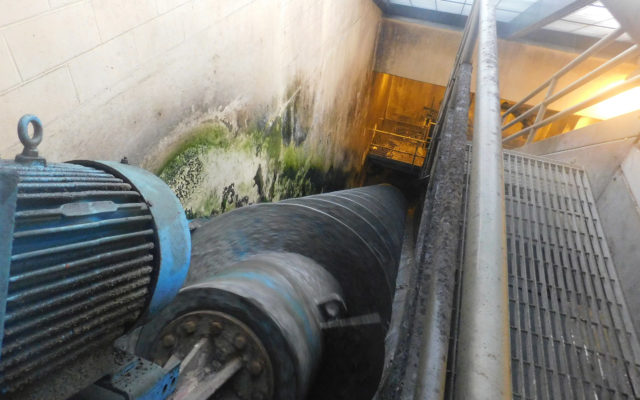 The facility will use part of the USDA rural development grant money to replace water processing equipment. (Staff Photo/Nina Mahaleris)

The district will pay off the $9.6 million loan over a 40-year period.

Kearney said that the money will be used to fix issues with the plant– including repairing cracks in the building– which hinder its ability to process the wastewater coming into the facility.

With the new improvements, the plant should be able to process up to 10 million gallons of wastewater per day, up about 5 million gallons from its current intake capacity, said Nate McLaughlin from Woodard and Curran, a Bangor design engineering company overseeing the project. 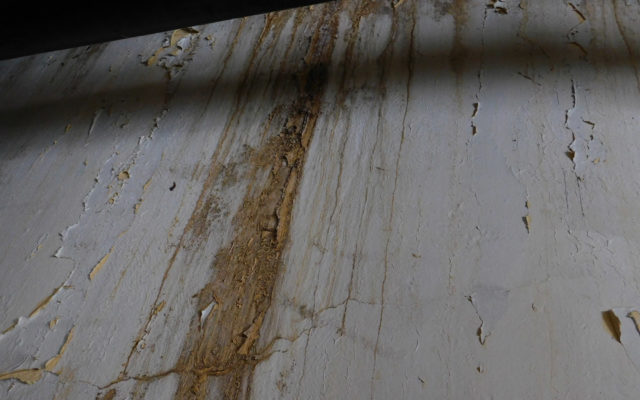 The USDA rural development program has awarded the Presque Isle Utilities District with $15.6 million in funding to improve their wastewater treatment plant on Dyer Street. Some of the improvements to be made include repairing the facility’s infrastructure which has started to crack. (Staff Photo/Nina Mahaleris)

The improvements will not only put the treatment plant in compliance with the Maine DEP’s policies but it also will boost the economy and help protect the environment, City Manager Martin Puckett said.

“It’s about sustainability and having a system we can rely on in the future,” he said. “This is huge for the city.” 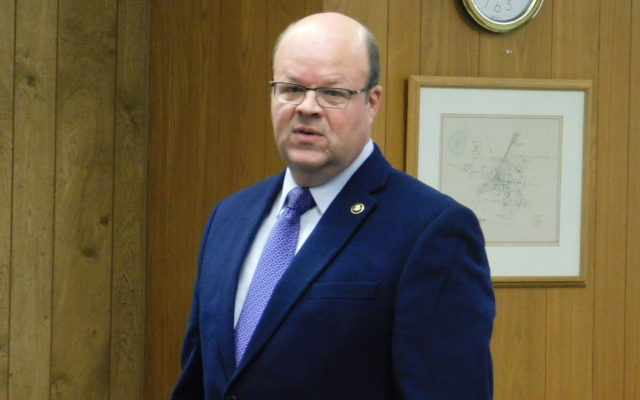 Tim Hobbs, the State Director of the USDA rural development speaks to Presque Isle residents about the $15.6 million funding to cover improvements to the wastewater treatment plant. (Staff Photo/Nina Mahaleris)

“This is all to satisfy a consent agreement with DEP,” Kearney said.

The infrastructure improvements will increase processing capacity at the treatment plant by about 30 percent, allowing the facility to create more water faster, he said. The funds will also go toward expanding the size of the detection facilities by about 50 percent, so that all water is properly disinfected before going into the rivers. 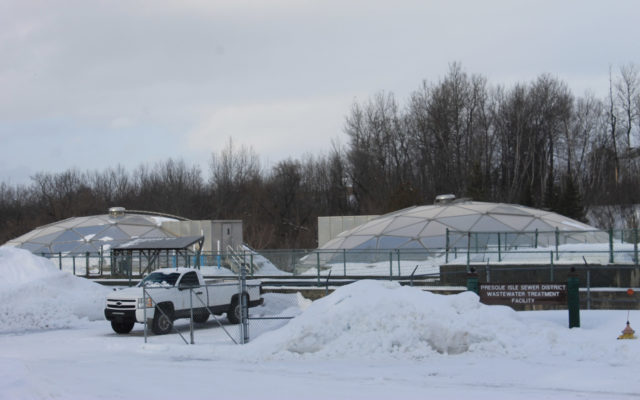 Kearney said the plans for these improvements are about 75 percent done and estimated construction will take between two and a half to three years, beginning around late summer 2020.

Improvements to the treatment facility infrastructure is just one of the ways the utilities district is trying to keep up with new DEP policies.

Last month, the district’s board of trustees approved a 24.6 percent sewer rate increase — to  begin on Dec. 1 — to cover the costs of new dewatering equipment, which will cost an estimated $2 million, Kearney said.

The equipment will help the district process and redistribute the chemical polyfluoroalkyl, known as PFAS, which makes sludge toxic.

The synthetic chemical is found in many products including non-stick cookware, some household cleaners and drinking water, according to the DEP. “It’s in clothing, it’s in stain-resistant fabrics, in some shampoos and cosmetics, we’re just the receiver of it,” Kearney said.

According to Kearney, the PFAS-containing bioproduct has been used on farmlands for the last 40 to 50 years but due to new DEP stipulations, people will no longer be allowed to use it for the same purpose.

In large quantities, PFAS can be dangerous to humans, which is why the DEP has ordered treatment facilities to stop spreading it. “We concentrate it. Now it’s become a concern in concentrated amounts,” Kearney said.

Now, the district will need to redistribute the toxic sludge into landfills instead of farmlands.

Over the next few years, Presque Isle residents can expect their sewer rates to increase as the district deals with the cost of maintaining the new dewatering system.

Kearney said that the system and the treatment facility remodeling are necessary not just to maintain DEP policies but they’re also important for the health and safety of the community.

“[These are] largely unseen things that make the community better,” he said. “It’s a big thing for Presque Isle.”