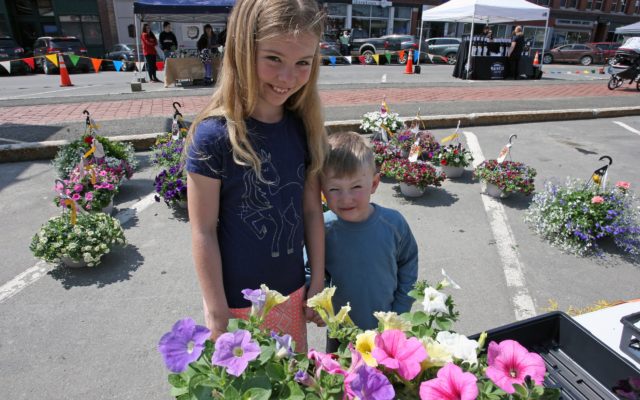 Lanette Virtanen • January 2, 2020
The following is the first of two articles highlighting some of the top business stories from 2019.  This article highlights events from January to June.

Editor’s Note: The following is the first of two articles highlighting some of the top business stories from 2019.  This article highlights events from January to June. 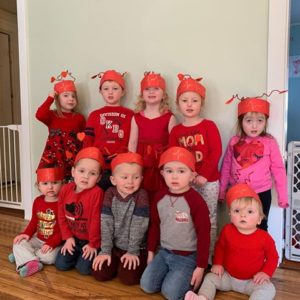 Katahdin Trust held a year-end celebration in honor of its 100th anniversary at each of its 16 locations throughout northern Maine, greater Bangor and greater Portland regions. Customers and community members stopped by to enjoy refreshments, special anniversary giveaways and a heartfelt thank you from bank employees for joining in on the fun.

With the midterm elections over and Congress now primarily focused on last minute arguments over President Donald Trump’s border wall and security, the executive director of the Maine Potato Board said that he “generally felt positive” about the future potential for agricultural bills over the next two years.

Pam Townsend, president of the Maine Agri-Women — an Aroostook County-based organization dedicated to promoting agricultural issues and education statewide — and her fellow Agri-Women was supporting efforts to keep the annual harvest school break on the books in central Aroostook County in 2019.

The Houlton Rotary Club met for its first meeting of the year where the topic was Tiny Homes. Dionne introduced Watson who owns Tiny Homes of Maine with her husband Tom Small.

Parents now have an officially licensed daycare facility to bring their children following the grand opening of Little’s Cove Daycare.

Katahdin Bankshares Corp., parent company of Katahdin Trust Company, recently announced the appointment of Marianna “Molly” Putnam Liddell, Esq. of Yarmouth and Keith P. Bourgoin, CPA, of Hampden to its board of directors

For more than 100 years Katahdin Trust and its employees have supported hundreds of local organizations through donations, volunteerism and in-kind donations. This year was no exception, as the bank recently presented $38,000 to the United Way of Aroostook.

The Houlton Rotary Club met for its luncheon meeting at Watson Hall on Monday March 4. New Houlton Town Manager Marian Anderson was the guest speaker, and was hosted by rotarian Chris Anderson (no relation).

Seeing an opportunity to provide another needed service to the community, Laura and Geno Seiders of Houlton opened Seiders’ Redemption Center. Located at 53 Calais Road, just across the Houlton town line in Hodgdon, the redemption center gave patrons another outlet for their returnable bottles and cans.

Katahdin Trust partnered with schools throughout Maine to celebrate Teach Children to Save Day.

The Houlton Rotary Club presented its 11th annual Community Bingo Night at St. Anthony’s Hall. According to Nancy Ketch, Houlton rotarian, the Bingo Night event was started to serve as the major fundraiser for the club’s Youth Exchange Program which sends students to foreign countries on a cultural exchange for several weeks 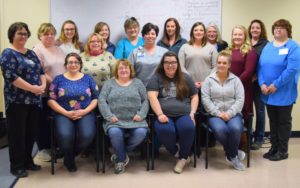 In an attempt to fill a gap in the health care field in Aroostook and beyond, Northern Maine Community College launched a new program in Houlton, training practical nurses. The brand-new cohort currently has 16 students enrolled in the 45- week program based out of the Houlton Regional Hospital.

Rotarian Richard Hammond was the guest speaker at The Houlton Rotary Club and his topic was the Putnam House senior center in Houlton. Hammond thanked the club for its past donations to the center and for helping obtain a new heat exchanger for the building.

Customers of Spectrum cable, telephone and internet services no longer had a local storefront to stop into with questions on their bills or to request service. Signs on the windows of the 34 Military St. building stated that the cable company’s location in the Shiretown was “Now Closed” and redirected people to the Presque Isle office. 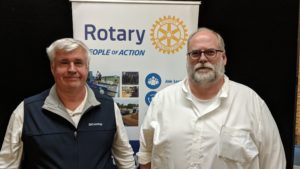 Rotarians Leigh Cummings and Henry Gartley presented a slide show collection of old photographs recently acquired by the Aroostook Historical and Art Museum of Houlton to members of the Houlton Rotary Club on Monday, April 29. (Courtesy of Nate Bodenstab)

After 45 years in the nursing field, Wendy Lynds called it a career. Lynds had spent the better part of four decades working at Gardiner Health Care Facility.

Something fishy was going on in the lobby of TD Bank in Houlton. Thanks to a partnership with the Chiputneticook Lakes International Conservancy, a salmon tank filled with fish fry was in the bank’s lobby to help raise awareness for CLIC and the work it does with local schools.

Katahdin Trust held a retirement reception in honor of Robert “Bob” E. Anderson, who retired from Katahdin Trust’s Board of Directors after 30 years of service.

A longtime employee of Yorks of Houlton retired. Roger Graham worked his final day for the automobile company, ending a 44-year career with the company.

Downtown Houlton was the place to be as the annual Community Market opened for business for the first time this spring. The market traditionally opens on Memorial Day weekend, and this year the weather proved to be ideal, drawing many people into Houlton’s Market Square to see what new vendors were on tap after a long, cold winter. 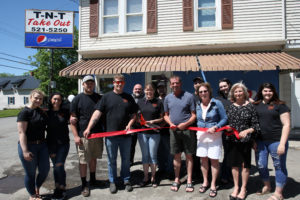 The Houlton Hannaford supermarket presented Houlton Elementary with a $1,000 check through the Hannaford Helps Schools program. The money was to be used for special projects for students.

About 300 students filled the Houlton Elementary School cafeteria to honor more than a dozen volunteers from the greater Houlton area who come into the school to interact with the children. These volunteers, some of whom were rotarians, gave their time and talents to the students in Pre-K, kindergarten, first and second grades throughout the year

The Putnam House, a non-profit, senior center in Houlton, received $1,000 from Bangor Savings Bank as part of the “Community Matters More” program. The funds would be used to help purchase a larger refrigerator for the kitchen.

Katahdin Trust has announced the promotion of Teresa Lincoln to executive assistant. Teresa replaces Vicki Smith, who has served Katahdin Trust for 22 years.

The Houlton Community Market was awarded grant funding for a new summer children’s program, “Kids Market.” The market program is for children ages 4-12 and will take place over eight Saturdays during the season.

One of Aroostook County’s most revered and historic buildings was getting a new lease on life with the opening of a mental health and targeted case management agency in Houlton. Presque Isle resident Tricia Bragan purchased the Blackhawk Putnam building, and after a few months of renovations will open the doors to her business, A New Start.

The Houlton Lodge of Elks made its annual donation to Sarah’s House of Maine and the Bridge to Hope Foundation. The funds donated were provided by the Elks National Foundation as part of the Elks continuing commitment to improving our communities at a local level.

Scott Austin of New Limerick was the winner of a John Deere lawn mower as part of an annual fundraiser sponsored by the Southern Aroostook Agricultural Museum in Littleton. A total of 500 tickets were sold with $2,900 raised for the Allie Cole Snowplow Building under construction at this time.

On Thursday, Rep. Harold “Trey” Stewart III, R-Presque Isle, announced he will run for a state Senate seat in the 2020 legislative election -- an important change for one of the most powerful representatives in the Maine House.
Pets END_OF_DOCUMENT_TOKEN_TO_BE_REPLACED