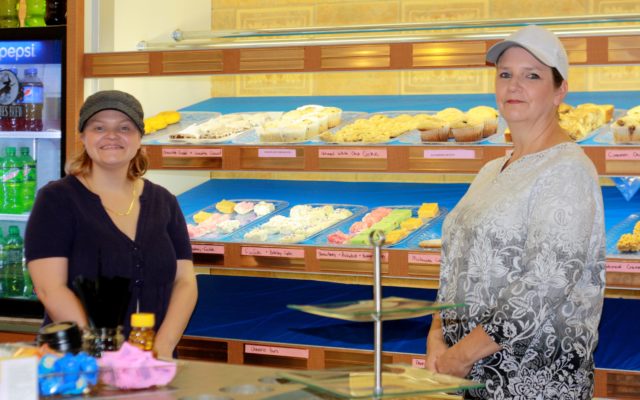 Lanette Virtanen • January 4, 2020
The following is the second of two articles highlighting some of the top business stories from 2019.  This article highlights the events from July to December.

Editor’s Note: The following is the second of two articles highlighting some of the top business stories from 2019.  This article highlights the events from July to December. 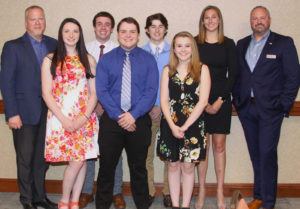 Bruce Brigman replaced Patti Crooks, who recently retired after having served as the manager of Aroostook County Centre Mall since 1995. His plan is to reach out to local businesses who might be interested in leasing out retail spaces inside the mall, which would help encourage larger stores to come, too.

U.S. Cellular promoted Jody Doughty of Caribou to store manager at the Presque Isle store. In this role, Doughty is responsible for leading his team of wireless technology experts to help customers select the devices, plans and consumer electronics to best meet their needs. He brings over 11 years of wireless experience to the position.

The Maine Potato Board announced the Chandler family of D.C. Farms in Mapleton as the 2019 Farm Family of the Year. Darren and David are the sixth generation growers in the family, following their father Darrell, grandfather Forest, great-grandfather CGR, as well as those coming before.

The Central Aroostook Chamber of Commerce and Husson University announced that they have signed an agreement to provide all of the employees of the chamber’s member organizations, who enroll in any of the university’s master of business administration programs, with a 10 percent tuition discount.

Northern Light AR Gould Hospital honored its employees who had reached milestones in their tenure at the annual employee awards ceremony, held at the University of Maine at Presque Isle Campus Center. A total of 144 employees were celebrated for 2,100 combined years of service.

The Presque Isle Historical Society received $37,000 in new grants for the 1875 Vera Estey House Museum. The $25,000 grant from the Davis Family Foundation will be used to make repairs to the exterior of the house museum. Built over 140 years ago, the house requires constant repairs especially with wooden clapboard siding. 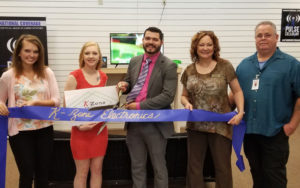 The Presque Isle Housing Authority hosted its first Tasty Options Market on giving away produce and educational resources to over 100 residents from the public housing community through their partnership with the Presque Isle Farmers’ Market, Micmac Farms and the SNAP-Ed program.

The grand reopening of the new Presque Isle McDonald’s took place at 656 Main St. The new, modern restaurant, owned and operated by Heidi and Daryl Abbotoni, was built on the same site of the town’s original McDonald’s, and is the next-generation style, reflecting the corporation’s newest restaurant design elements.

The County Federal Credit Union, along with the Maine Credit Union League and services provider Synergent, made the 2019 Best Places to Work in Maine list.

In addition, University Credit Union, which has a branch at the University of Maine at Presque Isle, joined the total of 15 Maine credit unions earning the recognition.

The first session of Aroostook Career Exploration, a new program offered by Northern Light AR Gould Hospital to help local high school students learn more about potential health care careers, was offered at the hospital. The program, ACE for short, is a unique, multi-session, multi-year program designed to give students in-depth opportunities that grow and expand as students get older and closer to college and the job market. It replaced Survivor Aroostook camp, a one-week summer camp that the hospital had offered each June.

The Cutting Edge Hair Salon of Presque Isle celebrated its official opening with a ribbon-cutting ceremony on hosted by the Central Aroostook Chamber of Commerce.

The Aroostook Centre Mall is now home to a new eatery in the food court, run by a mother and daughter pair from Washburn. Allison Page and her daughter Sarah Grindle opened Momma Bears Bake Shop in the former Tim Horton’s location.

The University of Maine at Presque Isle was named one of the top five Most Innovative Schools for Regional Colleges in the North, along with four other top rankings, as part of the U.S. News and World Report 2020 Best Colleges list. 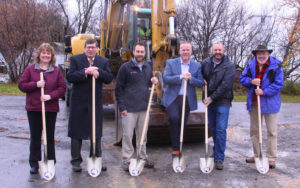 The Presque Isle Police Department and the City of Presque Isle announced the promotion of three patrol officers to the rank of sergeant: Chris Hayes, Lucas Hafford and Tyler Cote.

The Maine Association of Assessing Officers held its annual meeting, during which it named Presque Isle Tax Assessor Lewis Cousins the Assessor of the Year.

Pine Street School received a donation of $4,100 for the rebuilding of the school’s library from Heidi and Daryl Abbotoni, owners of the Presque Isle McDonald’s Restaurant.  The donation represented 10 percent of the grand opening sales at the new restaurant.

The Board of Directors of the Aroostook Regional Transportation System Inc., also known as ARTS, announced David Dionne as the executive director of the organization.

U.S. Cellular promoted Seth Cleaves to sales manager at the Presque Isle store. In this role, Cleaves is responsible for leading his team of wireless technology experts to help customers select the devices, plans and consumer electronics to best meet their needs. Cleaves brings over 10 years of wireless experience to his role.

Aroostook Savings & Loan announced the awarding of scholarships to two dedicated, local high school graduates pursuing their higher education. The awarded scholarship recipients demonstrated academic excellence, community service and participation in sports and clubs where they held leadership positions. Madison Jandreau, a 2019 Presque Isle High School graduate, is a freshman at Bates College majoring in biology/pre-med. She is the daughter of Stacy and Daniel Jandreau.

Molly Kingsbury, a 2019 Presque Isle High School graduate, is a freshman at the University of Maine at Presque Isle majoring in business. She is the daughter of Robb and Kristi Kingsbury.

The PROBUS Club of Central Aroostook marked its 25th anniversary with a special luncheon. Marlene Pearce, Atlantic director and president of PROBUS Canada, to which the local club belongs, was the visiting speaker during the meeting. She presented the club with a 25th anniversary certificate of accomplishment.

The dining operations at the University of Maine at Presque Isle achieved the goal of sourcing 100 percent “Gulf of Maine Responsibly Harvested” white fish, making them champions in the Gulf of Maine Research Institute seafood program.

The Pine Tree Society received $4,500 from funds raised by employees of a local community bank to benefit Pine Tree Camp.  Each employee that participated in Casual Because We Care donated a minimum of $1 in exchange for the privilege to dress casually and wear jeans.

After a year of unprecedented scholarship disbursements and ongoing campus renovations, the Northern Maine Community College Foundation celebrated its success at an annual dinner held on the Presque Isle campus. In addition to celebrating the year’s accomplishments, the evening also marked the conclusion of Jeff Pangburn’s tenure as chair, and the transition of leadership to new chair, Connie Sandstrom, the foundation’s previous vice-chair.

Matthew Nadeau of Fort Fairfield became the latest local business owner to open a store at the Aroostook Centre Mall. Nadeau opened Cosmic, a store that specializes in women’s clothing, health and beauty items and many novelty gift items such as holiday toys and clothing and customized T-shirts and decorative signs. 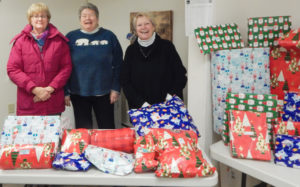 Sue Watson, right, Homeless Services of Aroostook board vice president, received a call from some very special people wanting to give Christmas gifts to HSA. From left, HSA board member Deirdre McMahon, HSA board president Penny McHatten and Watson pose with the gifts, which they delivered to the Sister Mary O’Donnell Shelter in Presque Isle. (Courtesy of Sue Watson)

Katahdin Trust announced the promotion of Sarah Gardiner to senior credit analyst. Gardiner will be responsible for overseeing the general credit analysis process for the bank, including the supervision and training of other credit analysts.

The Caribou-based Maine Hope Center opened a new thrift shop laying the groundwork for a charity outlet on one of The County’s busiest streets. The facility also offers other services, including a food bank and a selection of freely available books.

A national cellphone carrier announced The Future of Good program has returned for its fifth consecutive year, to champion and invest in young people who are bringing fairness to their communities. U.S. Cellular is raising awareness for youth causes and increasing their impact through financial contributions. The company has pledged $60,000 for six youth who bring good things to their communities.

The Presque Isle Rotary Club celebrated a successful 72nd annual Rotary Auction. This year’s auction saw some big changes, including switching to a fully online format. Donors and bidders still rallied behind the event as the auction itself raised nearly $30,000. These proceeds will be disbursed to four community causes, including the Quoggy Jo Ski Center, Nordic Heritage Center, Presque Isle Youth Hockey and the Presque Isle Rotary Scholarship.

Maine is more than eight months into Medicaid expansion under the federal Affordable Care Act and trends around who is enrolling and where they live are starting to emerge, bucking some expectations and pointing out access challenges.
Pets END_OF_DOCUMENT_TOKEN_TO_BE_REPLACED