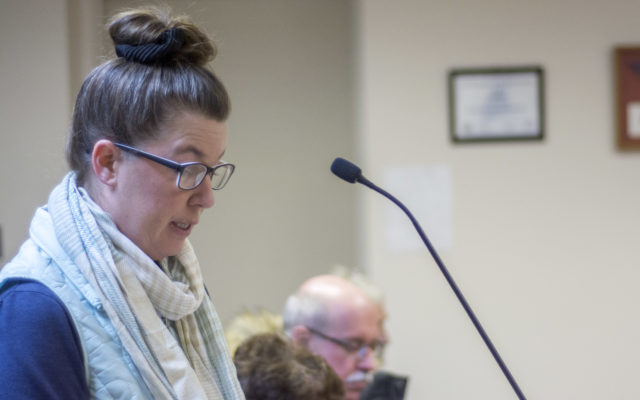 Chris Bouchard • February 12, 2020
Residents of Caribou and outside communities have raised concerns about the city providing communities with a short window of time to decide on their EMS contracts in light of the significant rate increase.

CARIBOU, Maine — Several residents spoke about the future of Caribou’s EMS services during a Feb. 10 city council meeting — some supporting recent decisions to increase rates to neighboring communities and others concerned that the city might switch from a public to a private ambulance service.

The service has been a major point of discussion since the city re-evaluated the fire and ambulance service last year and determined it would need to raise prices for outside communities from $11.50 per capita to $100 per capita in order to sustain the service.

Residents of Caribou and outside communities have raised concerns about the city providing communities with a short window of time to decide on their EMS contracts in light of the significant rate increase. At first, towns were given until the end of January — roughly one month — to sign the new contract, but the city has since changed the deadline to March 31.

City officials have said the increase is necessary to sustain the service and that the issue of EMS sustainability is affecting the entire country, going far beyond just Caribou and Presque Isle.

Benjamin Zetterman, Van Buren ambulance service director and former Aroostook Region V EMS coordinator, clarified for residents and councilors how much time and effort is required to become an EMT on Monday.

“EMS providers can’t just go to firehouses and hospitals anymore to get their EMS education,” he said. “We are all held to national standards and Maine only has eight or so training centers throughout the state.”

Certification to be an EMS provider requires more than 1,000 hours of education, clinical time, job shadowing and ride time, in addition to a Bachelor’s degree, Zetterman said.

“What we learn in Caribou and Presque Isle, [EMTs] are learning all over the country,” he said.

Caribou resident Milo Haney spoke in defense of the city’s actions, adding that the people who were “up in arms” over the future of service should go to the city office and ask questions themselves. They should then ask themselves how much longer the city can operate the fire and ambulance department at a loss of $900,000 a year before they are no longer able to offer any emergency services, he said.

“For quite some time now, the mayor has asked people to come in and give ideas to the council to help solve problems, but instead people come in only to be up in arms and to run you councilors into the ground,” Haney said. “To all my friends and neighbors, this is not the way it should be.”

Quinlan said that, as a property owner, small business owner and Caribou resident for the past 13 years, she is very concerned about what could have happened had the city used a private EMS provider.

“Just a few weeks ago, on Jan. 24, I celebrated the four-year anniversary of an event that changed my life,” she told the council. “The only reason I am alive today and able to celebrate is because of the full-time Caribou Fire and Ambulance Department.”

Four years ago, Quinlan went into cardiac arrest at her Caribou home. Her husband called 911 and performed CPR and in less than eight minutes the city’s ambulance arrived. A second crew was called, and eventually a third crew arrived along with police.

“Despite what we see on television when a person suffers a cardiac event, a single two-person crew is sometimes not capable of providing all the necessary treatments and procedures in a timely manner — which, incidentally, is what a private entity provider usually consists of,” she said.

Because the city’s ambulance service had such a large crew, Quinlan said she was transported to Cary Medical Center alive. Three hours later, Caribou Fire and Ambulance was called back to the hospital to take Quinlan to an airport and fly her to Bangor, as she was in critical condition.

During the flight, a Caribou EMT defibrillated her heart three times, ensuring that she made it to Bangor safely.

“What can I say? I owe these guys everything,” Quinlan said. “A full-time fire and ambulance service provides optimal service and the most favorable outcomes for the citizens of our city when we face serious medical emergencies.”

And while Quinlan said she understands the budgetary issues and the need to explore alternatives, she concluded that the council should seriously reconsider the “elimination of a department that literally saves the lives of our citizens.”

Deputy Mayor Thomas Ayer, who was acting mayor during Mayor Mark Goughan’s second consecutive absence, later reiterated that the ambulance service would not be going anywhere.

“My family has also used that service,” he said. “One involved my 2-year-old son, at the time, so I know where you’re at.”

Another Caribou resident, who works as a paid call firefighter in the city and also at the local hospital, asked what would happen if one of the surrounding towns did not accept Caribou’s increased rates and then needed to pick up the phone to call 911.

“We can’t decline that call, can we?” he said. “Unless we don’t have adequate personnel.”

City manager Dennis Marker explained that the city is under no obligation to respond to any emergency calls from outside towns that do not have contracts with Caribou, although the city’s practice is to respond anyway if crews are available.

Caribou resident Wilfred Martin said he took offense to the notion that a private ambulance could not do better than the city’s public service.

Martin said the city and its residents will be in deep trouble if the department continues operating as it has, as the population is declining, businesses are leaving and most students are moving out of the area as soon as they can.

“We have got to come up with a better widget because we can’t afford this fire and ambulance service. There’s just no way,” he said. “You can cry all you want about needing these services, but there’s no way we can do it the way we’re going now unless we put some thought into it and get our heads together here.”

Zetterman reiterated that while the issue of a private versus public service is a matter of opinion, it’s not possible for someone to get the adequate education by simply taking a class at the local hospital.

He concluded that while budgets are getting tighter, the country as a whole is dealing with a national shortage of EMTs, and without public support the issue could potentially worsen.

“It’s a huge dedication on their part.”

Only one member of Maine’s congressional delegation had come out in favor of impeaching President Donald Trump ahead of House Speaker Nancy Pelosi’s Tuesday announcement that the Democratic-led House of Representatives would begin an impeachment inquiry.
Pets END_OF_DOCUMENT_TOKEN_TO_BE_REPLACED

Recently we had a young man attend one of our board meetings to express an interest in helping the animals.
Campaign Corner END_OF_DOCUMENT_TOKEN_TO_BE_REPLACED