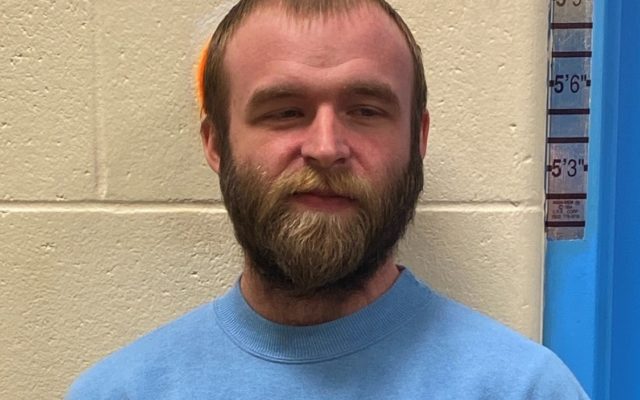 David Marino Jr. • February 21, 2020
Brandon Saucier, 36, of Ashland is charged with criminal restraint and terrorizing after police said he padlocked an unnamed couple’s door shut. Police also accuse Saucier of pouring gasoline on the door of the same residence about a week prior.

MASARDIS, Maine — Maine State Police arrested an Ashland man in Masardis on Friday, after it said he padlocked the door of a residence he had previously poured gasoline on.

Brandon Saucier, 36, of Ashland is charged with criminal restraint and terrorizing after police said he padlocked an unnamed couple’s door shut. Police also accuse Saucier of pouring gasoline on the door of the same residence about a week prior.

Maine State Police said it responded to a report around 10 a.m. on Friday of a woman and her partner being unable to open the door of their home in Masardis. The victim told police the couple had initially assumed snow and ice were keeping the door shut.

But after contacting a neighbor for help, they realized that someone had padlocked the door. Their neighbor was soon able to remove the lock using bolt cutters.

An investigation by Cpl. Dennis Quint, who responded to the call, determined that Saucier had placed the padlock at the door of the residence.

Quint also determined that Saucier had been involved in a related incident a week prior at the same residence. Police said he had poured gasoline on their door, leaving the lidless can at the front of their home. They said no fire resulted from that incident.

Maine State Police said Saucier had a court date in Presque Isle at an undetermined time and date.

Many of you have been following Luke's story on our Facebook page. Luke came to the Ark last July with his sister Lydia at 8 weeks old. Both Luke and Lydia were in really bad shape with untreated upper respiratory infection.
Campaign Corner END_OF_DOCUMENT_TOKEN_TO_BE_REPLACED