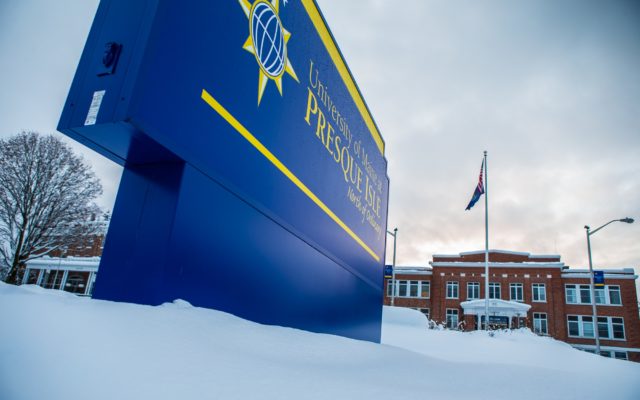 David Marino Jr. • March 16, 2020
PRESQUE ISLE, Maine — The University of Maine at Presque Isle will take all of its in-person classes online for the rest of the semester, and ask most students to leave campus by March 22 because of the COVID-19 pandemic, UMPI officials said Wednesday, March 11. UMPI will transition to entirely online instruction on March 23, the first day of classes after students return from spring break.

PRESQUE ISLE, Maine — The University of Maine at Presque Isle will take all of its in-person classes online for the rest of the semester, and ask most students to leave campus by March 22 because of the COVID-19 pandemic, UMPI officials said Wednesday, March 11.

UMPI will transition to entirely online instruction on March 23, the first day of classes after students return from spring break. The decision was in conjunction with the other six universities in the University of Maine System and came on the same day that the World Health Organization declared the disease a pandemic.

UMPI President Raymond Rice described the decision, which he participated in along with other presidents in the University of Maine system, as the “hardest, saddest day of my career.” He said the university had not halted in-person courses for a health crisis since the 1918 influenza pandemic also known as the Spanish flu.

Rice said that in the days after the announcement, he and his staff provided Q&A sessions to hundreds of students about the matter. The university also posted an FAQ on its website.

The UMPI president said the university system decided to make the transition in a presidents council meeting on Wednesday. He said the main sticking point for the system presidents was the likelihood that students traveling for spring break could bring COVID-19 back to their campuses and dorms, as well as to the communities surrounding their schools.

“We realized there would be no way to handle the sheer volume of thousands of students coming back from across the United States and foreign countries,” Rice said.

Rice said that his viewpoint on the matter, along with that of many other administration leaders, was affected by the high rate of elderly residents within Aroostook County and the rest of Maine. According to the Center for Disease Control, older adults are most at risk of getting “very sick” from the virus.

UMPI officials sought to emphasize that while in-person classes were canceled, the university was not closing. Faculty would continue to conduct research and classes will continue to operate, albeit in a new, online format.

Rice said the university would be helped in the transition by a faculty well-accustomed to teaching online courses. He estimated that 75-80 percent of the university’s faculty performed online instruction regularly, and said that with modern technology, even lab courses are replicable remotely.

He said university officials would decide at a later date about whether they will hold graduation, originally scheduled for May 9, 2020.

“We’ll make that call closer to the date,” Rice said. “ I think the next few weeks are really critical to see how this unfolds.”

“I’ve spoken to a number of our students from mainland China who are planning to stay throughout this period because they literally can’t travel back to China during this time,” Rice said. “We have an ethical obligation to provide them services.”

While Rice was not worried about how faculty would fare with the transition to online instruction, he said he was most preoccupied with making sure students prospered in this new learning environment. He said he reassured worried students that they would receive help along the way from UMPI staff, including student support services and tutors.

Melanee Terry, a professional communication and journalism student, said she was still “completely in shock” about the sudden turn of events. She worried that many students at UMPI were unaccustomed to learning online and that it would be especially challenging to replicate art and science courses.

Yet Terry said faculty and staff at UMPI had been nothing but helpful during this troubling time.

“I know this is a difficult time for everyone,” Terry said. “But, I am very grateful to be a part of UMPI.”

For the first time since 2019, there is competition for open seats on the Houlton Town Council
Pets END_OF_DOCUMENT_TOKEN_TO_BE_REPLACED

All of us at the Central Aroostook Humane Society hope that you had a wonderful and safe Thanksgiving holiday.  One change in shelter hours: just for the month of December, we will be closed Thursdays for training purposes.
What's Happening This Week END_OF_DOCUMENT_TOKEN_TO_BE_REPLACED