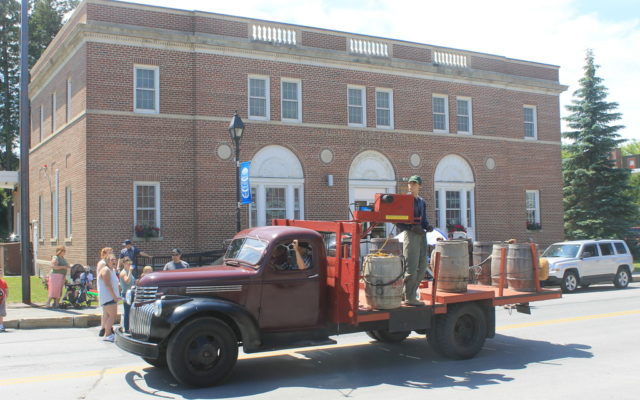 Melissa Lizotte • March 28, 2020
The city of Presque Isle, the Presque Isle Historical Society and the Maine Potato Blossom Festival are among hundreds of Maine cities, towns and nonprofits who have received grants from the latest round of funds from the Maine Bicentennial Commission.

PRESQUE ISLE and FORT FAIRFIELD, Maine — The city of Presque Isle, the Presque Isle Historical Society and the Maine Potato Blossom Festival are among hundreds of Maine cities, towns and nonprofits who have received grants from the latest round of funds from the Maine Bicentennial Commission.

The city of Presque Isle and Presque Isle Historical Society will use grant funding to support their previously announced schedule of events, most of which will occur throughout late spring, summer and early fall. The line-up will include history presentations, concerts, museum exhibits and special events during the Northern Maine Fair and Crown of Maine Balloon Festival.

Events that were previously scheduled for April — a book signing with UMPI history student Evan Zarkadas and trivia contest at UMPI — have been canceled because of precautionary measures being taken due to the COVID-19 pandemic. All other events are expected to be held as planned.

The grant program for the Maine Bicentennial Commission is being administered by the Maine Arts Commission.

“Presque Isle Historical Society and the City of Presque Isle are very pleased to announce they have received a grant from Maine Arts Commission to support the bicentennial celebration efforts here,” said Kim Smith, chairperson of the local celebration of Maine’s Bicentennial. “Without that funding, the celebrations would not be as robust.”

The Maine Potato Blossom Festival Committee will use its $2,500 grant to introduce several new events to the line-up. During the first day of the festival on July 11, the Market Day will invite local food vendors to sell their products from 8 a.m. to 3 p.m. There will also be blacksmith demonstrations that the committee expects to occur during several days of the festival.

For the 5- to 10-year-old crowd, the festival will host “A Family Day on the Farm,” an interactive exhibit in which children can perform farm tasks and earn a “wage” to buy school supplies and healthy snacks from the farm store. The exhibit will run in conjunction with the festival’s Family Night on July 16 from 5 to 8 p.m.

Festival director Cheryl Boulier said that the Potato Blossom Festival is a great opportunity to combine a celebration of Fort Fairfield’s agricultural heritage with the 200th anniversary of Maine’s statehood.

“The events are all about pride in the community where we were born and raised and the rich history and accomplishments of Fort Fairfield,” Boulier said. “We are deeply grateful to the Maine Arts Commission for supporting our 73-year family tradition.”

The 73rd annual Maine Potato Blossom Festival is scheduled to occur July 11-19, with a complete list of events to be published soon before the festival begins.

Well, normally this time of year we would be gearing up for our annual “Paws for the Cause” walk.  Families and their furry companions would be showing up with generous pledges in hand, ready to enjoy an easy two-mile walk and then some welcomed refreshments afterward.
Campaign Corner END_OF_DOCUMENT_TOKEN_TO_BE_REPLACED