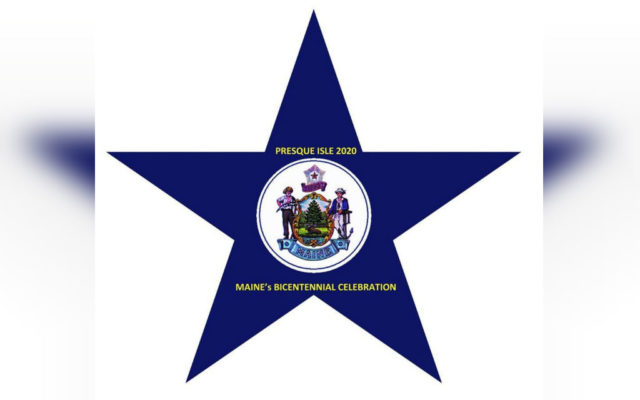 The events are varied: essay contests, history presentations, a book signing, trivia contest, photo exhibit, star lighting and everything in between. All celebrate the creation of the state of Maine early in the 19th century and Presque Isle’s connection to a broader Maine culture.

City of Presque Isle Resource Development and Public Information Officer Kim Smith has spearheaded the bicentennial efforts, in partnership with many local organizations, including the Rotary Club of Presque Isle, Cavendish Farms, the Crown of Maine Balloon Fest and the Northern Maine Fair, among others.

Maine became the country’s 23rd state when it split from Massachusetts on March 15, 1820, as part of the Missouri Compromise. The direct celebration of 200 years of Maine history will take place on Statehood Day, which is March 15. Going along with Presque Isle’s “star city” moniker, a three-foot star will be lit atop the Historic Fire Station at 11 Church St. at 9 p.m. and remain lit at night for the rest of the year.

The events will involve several SAD 1 schools: Presque Isle High School will hold an essay contest. Students who enter will elaborate on an aspect of state or local history, what it taught them and how it will affect their future — all in 500 words or less.

The essays will be displayed at the Aroostook Centre Mall from March 23 to April 1, with the winning essay announced on event co-sponsor WAGM-TV on April 2. The top three essays will get cash prizes, while The Star-Herald will print the first-place essay in full.

Presque Isle Middle School will hold a photo contest in which students reflect on their experiences living in Maine, along with a short accompanying passage. The winner of that contest will be announced on WAGM-TV on June 4, with the Aroostook Centre Mall displaying the photos from June 1-7.

The Presque Isle Historical Society also received a grant from The Onion Foundation, which promotes arts across Maine, to put a series of acoustic concerts in the garden of the Versa Estey House at 16 Third Street.

The “Bicentennial Beat” will take place on June 18, July 2, July 16 and July 30. All events are free to the public and take place at 6 p.m., featuring several locally known acts, including Brad Hutchinson, Common Crossing Duo, the Community Band Quintet and Hoss & Lurleen.

The events will also feature a few educational lectures, including a presentation from Northern Maine Community College Arts & Sciences Chair Dave Raymond at the college’s library at noon on March 13 on how Maine came to be a state.

At 1 p.m. on July 19, there will be a mini-shipbuilding contest at Echo Lake in Aroostook State Park. The event will give children 10 and under the chance to build miniature wood ships, setting them afloat in Echo Lake.

At the Houlton Humane Society, we take adopting the cats and dogs in our charge very seriously.
Campaign Corner END_OF_DOCUMENT_TOKEN_TO_BE_REPLACED