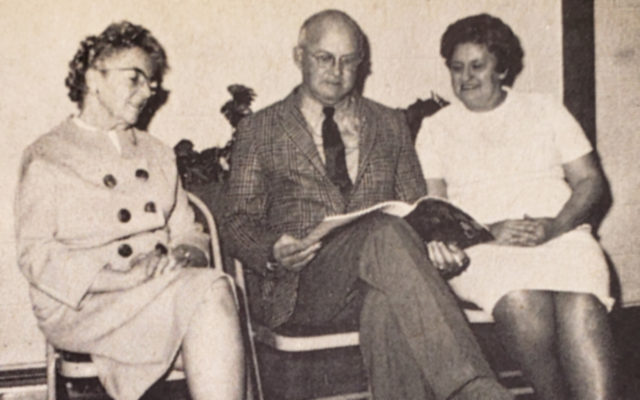 Yvonne Tardie • April 13, 2020
75 Years Ago -  April 19, 1945 New water superintendent -- Gordon Tower of Boston was hired by the trustees of the Presque Isle Water District as superintendent and chemist. Mr. Tower and family arrived in Presque Isle the prior week.

For the previous four years, he had been working for the Water Bureau of the Metropolitan District, Hartford, Conn. Previous to that, he had two appointments with the Massachusetts Department of Public Health. A graduate of the University of New Hampshire where he majored in chemistry, Tower did special work in bacteriology at the University of Wisconsin.

Mooseleuks won — The Mooseleuk Club won the city championship by defeating the Abnakis in the final match by 10 pins, 1476 to 1466. In the Eastern Maine Bowling Congress held at Houlton, the Abnakis placed fourth with 9 ½ points and the Mooseleuks placed sixth with 5 points.

Title — Lawrence Ricci, MD., of the Spurwink Clinic, Portland, received an appreciation plaque from Carole Wilson, registered pediatric nurse, and Karen Umphrey, coordinator for child and family services at The Aroostook Medical Center, based on his seven years of support and service in providing medical evaluations for the TAMC program. The presentation was made to Ricci at the April 12 conference on Current Issues in Child Abuse sponsored by TAMC’s Suspected Child Abuse and Neglect Committee and the Aroostook Council to Prevent Child Abuse. Over 150 medical and social services professionals attended the meeting at the University of Maine, Presque Isle Campus.

It was a freezing day across The County, but you could hardly tell from the turnout. Even after a massive surge in absentee ballot requests across the Central Aroostook area, droves of people came out to vote in Presque Isle, Mapleton, Washburn and Fort Fairfield.
Pets END_OF_DOCUMENT_TOKEN_TO_BE_REPLACED