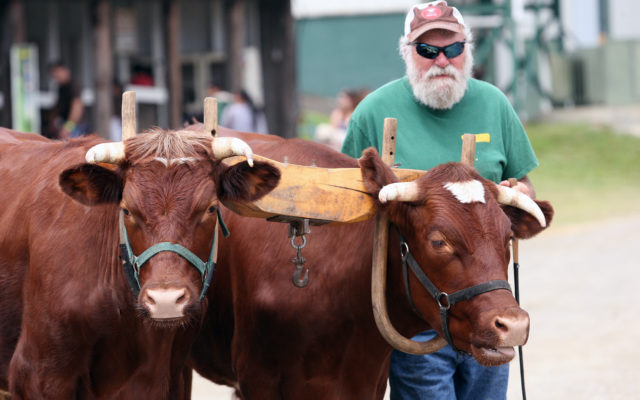 Joseph Cyr • May 4, 2020
HOULTON, Maine -- For the first time in 34 years, there will be no fair in the Shiretown to attend over the Fourth of July holiday.

HOULTON, Maine — For the first time in 34 years, there will be no fair in the Shiretown to attend over the Fourth of July holiday.

Joining a growing list of communities that are canceling summer fairs and festivals, the Houlton Agricultural Fair announced Friday it would not host its annual event this year due to the COVID-19 pandemic.

“We have decided to postpone the fair until 2021,” Fair President Nick Crane said Saturday. “It was a very hard decision for the board to make, but our No. 1 priority is the safety of fairgoers, exhibitors and volunteers. Based on everything going on and with the new state [rules] we had decided it was the best decision to make.”

The fair’s origins date back to 1898. Houlton has had a celebration on the Fourth of July since 1980. In 1984 it became an organized fair and became a licensed state fair in 1987. The fair as we know it has been running continuously since 1984.

Going hand-in-hand with the Houlton Fair is the town’s annual Midnight Madness celebration and Fourth of July Parade. Both of those events are organized separately from the fair, and as of Monday, organizers remained hopeful they can still pull them off in some fashion.

“The Chamber of Commerce does the Midnight Madness Fireworks,” explained Jane Torres, executive director. “I am not sure what we are going to do about [Midnight Madness]. We will definitely be able to do the strawberry shortcake sale, but as for the rest we will be discussing that as a board on Thursday.”

Midnight Madness is a popular street fair featuring food, vendors and live music and typically draws more than 1,000 people to downtown Houlton. The event culminates with a fireworks display over the Gateway Crossing Bridge.

Torres said she hopes the Chamber will be able to keep the Fourth of July parade in some form and will also explore a joint effort with the fair on doing fireworks.

Many other summer festivals, including the Maine Lobster Festival in Rockland, have canceled their events.

The Maine Association of Agricultural Fairs, representing the 25 Maine agricultural fairs, announced Saturday in an email that the safety of fair partners, participants, guests and community was of the utmost priority.

“After meeting for several weeks with fair presidents [and their representatives], our Maine Fairs have been forced to make difficult decisions,” said Barry W. Norris, executive director for Maine’s fairs. “Although it is not the decision or the outcome that many of us had hoped for, our fairs must do their part to ensure community health and safety.”

“We already are thinking ahead trying to maybe get something together this fall if the state allows it,” Crane said. “We would like to thank everyone that has supported us and we will be back in 2021 stronger and better than ever.”