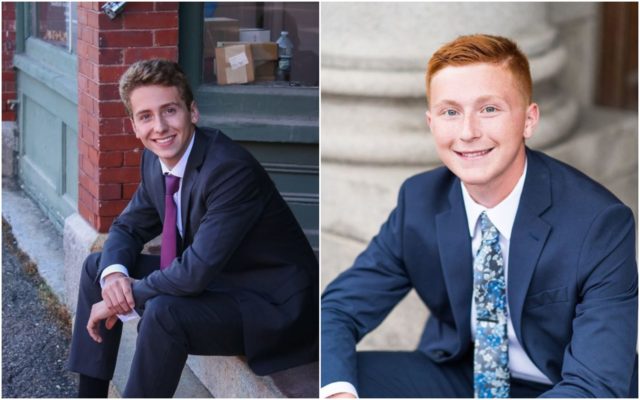 Joseph Cyr • May 19, 2020
Houlton Middle-High School Principal Tim Tweedie has released the student honor parts for the Class of 2020.

DeLucca is the son of Dan and Cindy DeLucca of Houlton. He has been a teammate on several varsity sports teams during the last four years at Houlton Middle-High School. DeLucca was a teammate for the 2018 National Student Leadership Conference, assistant team captain for the varsity hockey team, recipient of the 2020 Hobey Baker Character Award and 2018 Penobscot Valley Conference All-Academic Award award both for hockey.

He has been a member of Model State Youth in Government program, while holding positions of Senate Committee Chair and Sergeant at Arms of the Senate. DeLucca attended Envision National Youth Leadership Forum, the Law and CSI in D.C., and the Cohen Institute for Leadership and Public Service. He is also a peer mentor and a member of the jazz band. He was a recipient of a 2019 Phi Beta Kappa Association of Maine Certificate of Recognition.

DeLucca is an active member of the Church of The Good Shepherd. He was a SAMHA Learn to Skate assistant coach and a volunteer at Edie’s Cupboard — a food pantry for students at Houlton Middle-High School. He has also given his volunteerism to Rotary E-waste day events and his time during middle school soccer tournaments.

DeLucca is a member of the National Honors Society and earned the 2020 Principal’s Award, 2018 and 2019 Excellence in English award, 2018 Excellence in Spanish Award and the 2017 Excellence in Honors Geometry Award.  He will attend Harvard Law School this fall.

Jacobs is the son of Dan and Stephanie Jacobs of Littleton. He has been a teammate on the varsity cross country team for the last four years, while holding team captain for the last two years. He was a participant of the New England Student Leadership Conference in 2018 and also played varsity tennis in 2017 and 2018.

Jacobs received a Houlton High School English Award and a Bausch and Lomb Honorary Science Award both in 2019. He also participated in the American Legion Boys State, Maine in 2019.

Jacobs is a member of the Church of the Good Shepherd, co-teaching Sunday School class and co-leading youth service projects such as Operation Christmas Child, community soup kitchen suppers, annual Winter Coat Giveaways and Houlton Humane Society fundraisers while also caroling at local nursing homes and building/yard work for both the church and the elderly. He has also given his volunteerism to Edie’s Cupboard, the Aroostook Teen Leadership Camp since 2014 and is currently serving as co-director. Jacobs is also serving as lead student representative for the RSU 29 School Board.

Jacobs has committed to the Wharton School of the University of Pennsylvania, to study business analytics, finance and social impact and responsibility. 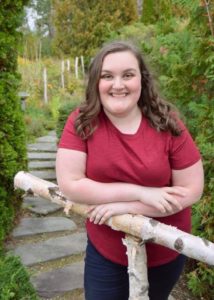 Findlater has for the last three years received a Certificate of Award for Musical, All-Aroostook, One Act plays and was a member of the school band.

Findlater is another volunteer at the in school food pantry, Edie’s Cupboard. She has donated her own hair twice to Wigs for Kids. She has also put in many hours at local churches, nursing homes, Houlton Regional Hospital and at local elementary schools.

She will attend Husson University in the fall studying health science/pre-vet program.

Lorom is the daughter of Barry and Darcy Lorom of Houlton. She was a teammate on the girls varsity soccer All-Academic Team her senior year and on the varsity golf team during the 2018 Class C State Championship. She was a member of the varsity tennis team for the PVC 2nd Team Singles, the PVC 1st Team Singles and an All-Aroostook Team member during the last four years of high school sports. 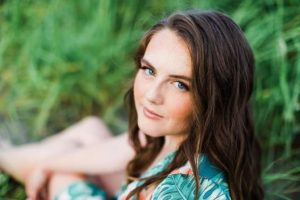 Lorom achieved Highest Honors every quarter of her high school academic career. She is a member of the National Honor Society. Attended the New England Student Leadership Conference and has received a George Eastman Young Leaders Award.

Lorom’s volunteer work has consisted of being a part of the Houlton Junior Golf Program, local MADD walk and she has assisted with helping students attending Houlton Middle/High School After School Program, the Operation Christmas Child program and other events at the local elementary schools.

Lorom has committed to the University of Maine in Orono majoring in political science. 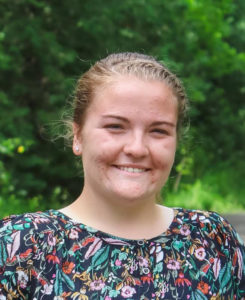 She has remained an honor roll student and is the class secretary for the National Honor Society. She was named Student of the Trimester at the local trade school, Region Two,  and is a member of the National Honor Technical Society. Grant has volunteered in local elementary school classrooms and has put in many hours at the Northern Maine Soap Box Derby, Bill Weber soccer tournaments and at the Houlton Rec Department’s soccer clinics.

Grant will attend the University of New Hampshire for health sciences with the desire of transferring into the nursing program.