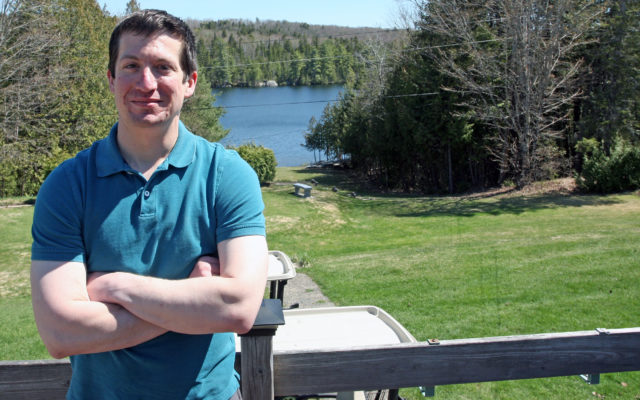 Lakeside Restaurant open for the summer under new management

Joseph Cyr • May 20, 2020
The Lakeside Restaurant, a popular eatery conveniently located on Nickerson Lake and connected to the Houlton Community Golf Club, is now open for the summer with a new chef managing the establishment.

NEW LIMERICK, Maine — The Lakeside Restaurant, a popular eatery conveniently located on Nickerson Lake and connected to the Houlton Community Golf Club, is now open for the summer with a new chef managing the establishment.

Aaron Paul, a longtime resident of Houlton who graduated from Houlton High School in 2005, has taken over the restaurant business from Bill Roderick and Nancy Levin. 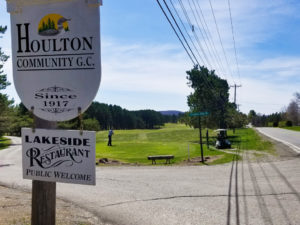 The Lakeside Restaurant in New Limerick is now open for business with under new management. (Joseph Cyr | Houlton Pioneer Times)

If Paul’s name sounds familiar, it should. Since 2010, Paul worked for Roderick and Levin, serving as one of their chefs both at the Lakeside and at the couple’s previous restaurant, the Horn in Houlton.

“My dad got me into good food when I was pretty young,” Paul said. “I toyed with the idea of opening a small restaurant or coffee shop for a number of years before I finally decided that I wanted to get into higher-end cuisine.”

Paul graduated from the culinary program at Eastern Maine Community College and decided to return to Houlton. He was quickly hired by Levin for their restaurant, as chefs with culinary degrees in Houlton are relatively hard to come by.

“She basically called me up and told me I was going to start work,” he said.

As executive chef for the restaurant, Paul is running all aspects of the business.

“I find it’s very entertaining,” he said. “You get to work with, and serve, a lot of interesting people. Rarely is there a boring day.” 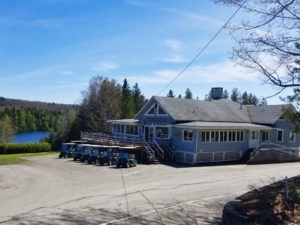 With picturesque views of Nickerson Lake, the Lakeside Restaurant is a popular destination for diners during the warmer months. (Joseph Cyr | Houlton Pioneer Times)

Paul said the menu at Lakeside Restaurant will feature some familiar items for the regular guests, but he also hopes to try out some newer dishes as the season progresses. His favorite dishes to make fall in the “comfort food” category, featuring plenty of meats, vegetables and potatoes. He also wants to explore Cajun and Creole dishes in the future.

The Lakeside Restaurant’s prize menu item will continue to be the coffee rub steak, featuring a USDA Choice New York strip. Seafood offerings will also be plentiful in both baked and fried selections.

Paul opened for business on a take-out only basis May 15, due to the COVID-19 regulations. Starting Monday, though, guests were able to dine in at local eating establishments.

Paul acknowledged that all of the regulations to open for dining customers could be “anxiety inducing,” but he was excited for the opportunity to start serving patrons both inside and on the deck overlooking Nickerson Lake. 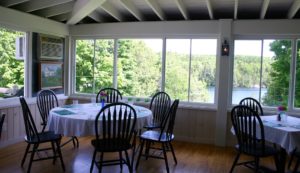 A table at the Lakeside Restaurant is shown amidst the background of Nickerson Lake in New Limerick in this 2016 file photo. The seasonal restaurant is located at the Houlton Community Golf Course. (Jen Lynds | Houlton Pioneer Times)

The Lakeside Restaurant is located at 6 Country Club Drive in New Limerick.

It was a freezing day across The County, but you could hardly tell from the turnout. Even after a massive surge in absentee ballot requests across the Central Aroostook area, droves of people came out to vote in Presque Isle, Mapleton, Washburn and Fort Fairfield.
Pets END_OF_DOCUMENT_TOKEN_TO_BE_REPLACED