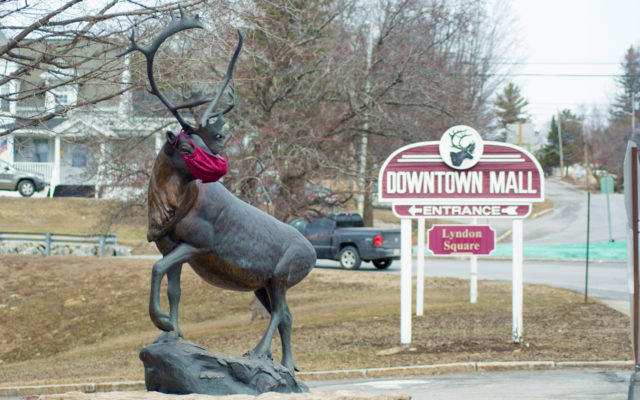 Chris Bouchard • May 20, 2020
Caribou City Councilors discussed an ordinance on Monday that would remove up to date tax payment requirements for candidates and current members.

CARIBOU, Maine — Caribou City Councilors discussed an ordinance on Monday that would remove up to date tax payment requirements for candidates and current members.

The ordinance was not formally introduced during the meeting, however if it moves forward, the issue would go to referendum and voters would be able to make the final decision.

The ordinance looks to specifically amend the city charter by removing the requirement that candidates for council need to be current on all annual personal and real property taxes on or before Dec. 31 of the previous year and also to remove a requirement that current councilors forfeit office if they fail to pay their personal and real property taxes on time.

The up to date tax requirement was one of many changes made to Caribou’s charter by the city’s charter commission in 2011, according to Caribou City Clerk Jayne Farrin. She said the city’s attorney looked over the amendments and found that they did not contain anything prohibited under constitutional laws.

Then, in Nov. 2013, residents had an opportunity to vote to specifically remove the up to date tax requirement for councilors. Farrin said it ultimately failed by a vote of 435 to 671.

Caribou Mayor Mark Goughan read a prepared statement in which he said the clauses in the charter with these requirements are discriminatory.

“This clause takes a group of citizens and blankets them into a mold and prejudges their abilities,” he said. “The reason a pre-election campaign is so important, such as the Caribou candidate’s forum, is to allow the voters to judge the individual, on merits both pro and con, and thus create a council that is diverse and representative of the community.”

He said that, in his opinion, these clauses are “the result of small town politics,” and that even with the clauses removed, a voter could still decide not to elect for someone who does not have their taxes paid on time, but the charter in its current state takes away the freedom of voters to potentially choose a candidate they support.

Farrin read a letter from local resident Laurie Chapman, who urged the council to reconsider this ordinance, adding that she finds it unethical and unfair to the taxpayers of Caribou.

Councilor Joan Theriault has seen and heard misconceptions about this amendment, and clarified that it would not waive any taxes owed by councilors, she said. They would still be required to pay their taxes as a local citizen.

While councilor Nicole Cote respects the mayor’s point of view, she can understand the concerns of residents opposed to the change, she said.

“The concern would be that we are deciding how to spend taxpayer money,” she said. “So I could see that as a concern if we have people [on city council] who haven’t paid their taxes. I would question what message this is sending to other taxpayers in the community.”

She asked that if this amendment moves forward, the council looks at it a little more closely to determine a maximum amount of time a councilor would be able to serve with unpaid taxes.

Councilor Doug Morrell fully supports removing the clauses from the charter, he said.

“In my mind’s eye, it’s as long as he or she has an arrangement with the city,” Morrell said. “If they’ve worked it out, then I’m happy, as one councilor. I don’t think it should reflect on that person’s ability to make sound decisions.”

Morrell would support possibly adding a clause that would require councilors late on their taxes to abstain from voting on certain tax-related issues such as interest rates, he said.

Councilor Jody Smith did not support the amendment to remove these clauses from the charter, Smith said.

Goughan clarified that this ordinance has nothing to do with totally waiving taxes for city councilors and that a councilor who is late on their taxes would be treated like any other citizen.

“You get a lien, you get a high interest rate, you get two or three years, and then it’s foreclosure time,” he said. “Nobody is waiving anything; nobody’s taxes are being forgiven. This is about not being able to pay taxes on time disqualifying you from being on city council. Nobody gets special treatment.”

As of May 20, no formal plans have been made as to whether or not the council will officially introduce the ordinance during their upcoming meeting on June 1.

Members of the Houlton Band of Maliseets will head to the ballot box in order to determine who will be elected as their new tribal chief.
Pets END_OF_DOCUMENT_TOKEN_TO_BE_REPLACED