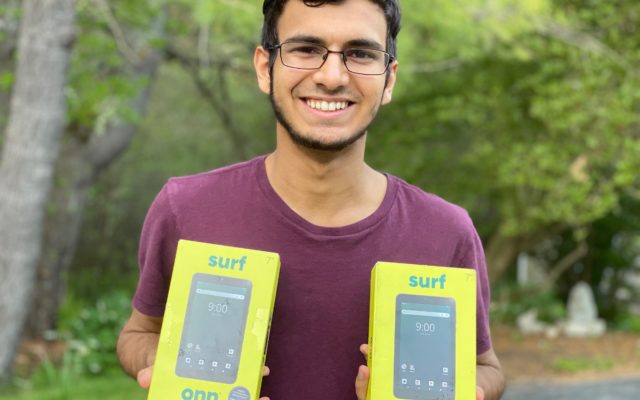 Chris Bouchard • May 31, 2020
Maine School of Science and Mathematics Class of 2020 graduate Jay Philbrick is now the state director and advocacy lead for Telehealth Access for Seniors.

LIMESTONE, Maine — Maine School of Science and Mathematics Class of 2020 graduate Jay Philbrick is now the state director and advocacy lead for Telehealth Access for Seniors.

The national group is a student-led nonprofit organization dedicated to providing seniors and veterans with devices that will allow them to receive medical care via video chat apps, while maintaining social distancing standards during the COVID-19 pandemic.

The organization was formed as a direct response to the pandemic, and as of May 28 has only been active in Maine for roughly three weeks, Philbrick said.

Aside from Philbrick, there is one volunteer based in Madawaska, two in Cumberland County, and one in Waldo County. Volunteers across the state are collecting devices for Cary Medical Center in Caribou — a facility that primarily serves a rural and elderly demographic that is less likely to have access to telehealth services.

The organization has reached out to other hospitals and facilities across the state, and once they are able to fill the need at Cary Medical Center, and as the state chapter grows, Philbrick said they will begin distributing devices to other facilities.

“In the meantime,” he said, “everyone around the state is raising donations and devices for Cary Medical Center.”

Currently the Maine chapter has received used iPod touches, smartphones, tablets and Android and Apple tablets. As of May 30, they have collected more than 15 devices and are preparing to send their first package to Cary Medical Center. Nationally, the organization has raised more than $12,000 and donated more than 400 devices across the country.

Anyone interested in donating a device capable of online video calls can do so by visiting telehealthforseniors.org and clicking the “donate” tab on the top-right corner of the page. The organization is also collecting monetary donations, which will allow them to purchase old and refurbished phones and tablets.

And while the organization works by reaching out to clinics, hospitals, and VA clinics with an identifiable need for these devices, Philbrick said individuals can also contact the organization via their website where they can fill out a form and provide the name of their primary care provider. From there, he said the organization will work to make arrangements with their healthcare provider to ensure the device is donated.

Philbrick first learned about the organization, which even on a national level is just over a month old, when a fellow member of the U.S. Senate Youth Program reached out to him in April.

“He asked me if I would be interested in leading their efforts in Maine,” said Philbrick, “and I obviously said yes.”

In the coming weeks, he said they will make their first delivery of devices to Cary Medical Center.

He said the organization’s ultimate goal is to create an impact that goes beyond the pandemic, and to ensure these services are available to all Mainers in need.

As the advocacy lead, he said Telehealth Access For Seniors is working with state legislators, members of congress, and government executives to promote telehealth.

“Our goal is for every senior and veteran in this country to be able to access healthcare whenever they need it,” he said, “and to not be limited by geography or income. We eventually want to legislate ourselves out of existence; we want the government, primary care providers, and insurance companies to be the ones spearheading this because they have the resources. In the meantime, we will be doing our part to help seniors and veterans access healthcare and electronic devices.”