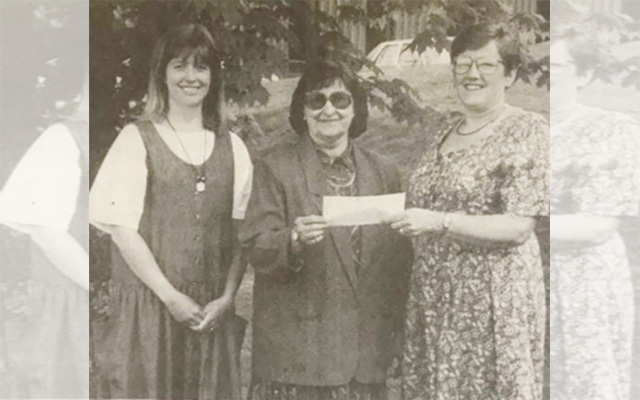 Lanette Virtanen • June 3, 2020
100 Years Ago - June 9, 1920      Attending a meeting — Mr. and Mrs Chas. H. Fogg returned Friday from Poland Springs, where Mr. Fogg attended a meeting of the Directors of the Maine Automobile Association, who with their wives were guests of Hiram Ricker, president of the association.

Attending a meeting — Mr. and Mrs Chas. H. Fogg returned Friday from Poland Springs, where Mr. Fogg attended a meeting of the Directors of the Maine Automobile Association, who with their wives were guests of Hiram Ricker, president of the association.

Left for Boston — Col. F.M. Hume left Thursday evening for Boston, where he will join the party which leaves Sunday in a special car to attend the National Republican Convention at Chicago. Mr. J.A. Brown will also be one of the party going as a spectator.

Attends anniversary — Mr. and Mrs. Stuart Haskell and son, Stuart Jr., on Friday attended the 100th anniversary of the founding of Lee Academy from which Mrs. Haskell graduated. A part of the pageant presented that day was arranged from a thesis written by Mr. Haskell, while a student at the University of Maine, on the founding and history of Lee Academy.

New owners — The plants of the Plywood Corporation here at Patten came under the ownership of the Atlas Plywood Corporation, one of the largest firms of its kind in the field, according to an announcement made by R.A. Muller, vice-president of the purchasing company. Consummation of the sale followed several weeks of negotiation.The Atlas Corporation already operates plywood mills in Maine at Greenville and Howland.

Future Homemakers awards — Mrs. Vera Hutchinson, advisor of the Future Homemakers of America at Houlton High School, presented awards during the annual mother and daughter banquet. Susan O’Donnell, a senior, was presented the Home Economics award for outstanding achievement in her home economics courses during high school. Lola Small, also a senior, was recognized as an active contributing FHA member during her high school years. Each received an FHA pin and guard.

Wins a porker — Mrs. Nellie Goodall of Oakfield was the winner of the frozen whole pig during Grant’s recent freezer promotion at their store in the Houlton Shopping Center. Mrs. Goodall guessed the weight of the pig at 65 lbs., 4 oz., and its actual weight was 65 lbs., 3 oz. Dale Porter is the department manager.

Scholarship — Sean Reardon of Houlton was presented a $3,500 scholarship from Hannaford Brothers Co. by Will Wedge. Of 17,000 associates employed in eight states, Sean was chosen as one of the 30 scholarship recipients who received a total of $200,000. Sean is a shift leader at the Houlton Shop ‘n Save and has been employed there for four years.

Just when we thought we were out of the woods with kitten season, it has hit full force.  The past few days have been difficult answering the phone and hearing the stories of why people have litters of kittens they need to surrender.
Campaign Corner END_OF_DOCUMENT_TOKEN_TO_BE_REPLACED