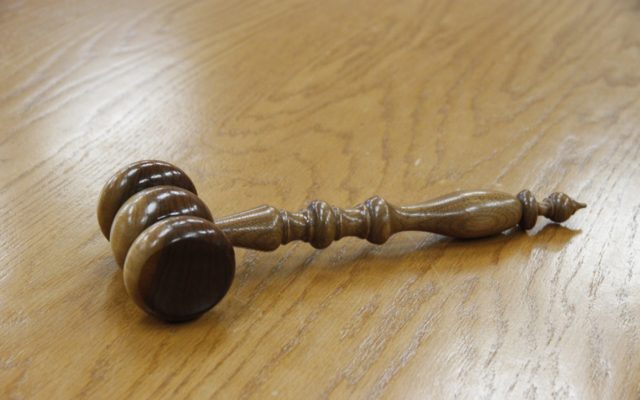 Alexander MacDougall • June 7, 2020
The Maine Supreme Judicial Court has upheld a lower court’s decision in the case of Jonathan Limary, a Presque Isle man convicted of manslaughter after kicking the face of Jean Bragdon of Caribou, who died 18 days later due to blood hemorrhaging as a result of the altercation.

PRESQUE ISLE, Maine — The Maine Supreme Judicial Court has upheld a lower court’s decision in the case of Jonathan Limary, a Presque Isle man convicted of manslaughter after kicking the face of Jean Bragdon of Caribou, who died 18 days later due to blood hemorrhaging as a result of the altercation.

The incident occurred in 2017, as a result of an online dispute between two other men, Jason Willette Sr. and Andrew Geer, both of Caribou. Geer had made inappropriate comments about Willette’s daughter, Brittany, over Facebook. Bragdon, who was friends with Willette, challenged Geer to a fight in a Caribou parking lot. Geer had brought Limary and several other friends to the site where the altercation took place.

After a brief scuffle between Bragdon and Geer, Limary kicked Bragdon in the face while he was getting up off the ground, resulting in extensive bleeding and requiring surgical procedures, including a tracheostomy to make a hole in his windpipe for him to breathe during the procedure.

Several hours after being released from the hospital, Bragdon began bleeding profusely from the bandaged hole in his neck, and died shortly after. Limary was charged with manslaughter in January 2018. Limary was 23 when he was sentenced in June 2019.

Limary’s attorneys argued that he had acted in self-defense when he kicked Bragdon, that the cause of the blood hemorrhaging resulted from surgery rather than the kick, and that the jury selection questionnaire to determine impartiality — a process known as “voir dire” — had omitted a question about self-defense that had influenced the jury’s decision on the case.

But the Law Court concluded that Limary had failed to provide evidence that a societal bias against issues of self-defense existed, and therefore the omittance of the self-defense question was not improper.

The justices also found no evidence of medical negligence with regards to the surgery.

The supreme court stated that Bragdon’s death “would not have occurred but for the conduct of the defendant, operating either alone or concurrently with another cause” in the decision to uphold Limary’s conviction.

Limary will continue to serve his prison sentence, which is nearly four years from his conviction on June 20, 2019.

For the first time since 2019, there is competition for open seats on the Houlton Town Council
Pets END_OF_DOCUMENT_TOKEN_TO_BE_REPLACED

All of us at the Central Aroostook Humane Society hope that you had a wonderful and safe Thanksgiving holiday.  One change in shelter hours: just for the month of December, we will be closed Thursdays for training purposes.
What's Happening This Week END_OF_DOCUMENT_TOKEN_TO_BE_REPLACED