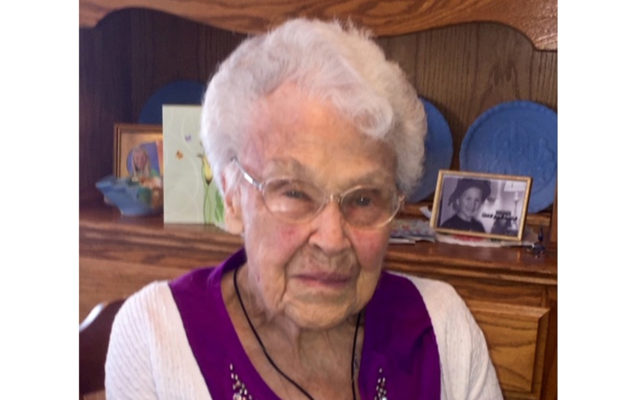 Born in 1920 in Blaine to Walter and Mabel Bell, she attended Normal School to become a teacher in the early 1940s. She married J. Merle Henderson on April 24, 1942, and the couple lived in Littleton on the Foxcroft Road for about 10 years before moving to Houlton. They remained on Foxcroft Road for their next home as well.

The couple raised four children — Michael, Calvin, Bruce and Rebecca — from their home and spent 60 years enjoying life in Houlton.

“She enjoyed doing her rug hooking, caning chairs, knitting, sewing, quilting and crocheting items which have been given to the family to cherish,” Rebecca Henderson said. “Her pride and joy were her many friends that she cherished over the years, her grandchildren, nieces and nephews. To this day she still keeps in touch with them.”

Anyone interested in sending Gladys Henderson a card or note, may send them to her at Madigan Estates, Room 111B, 93 Military St., Houlton, ME 04730.