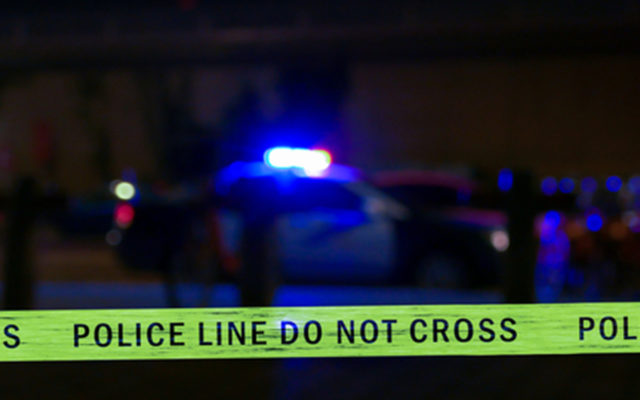 FORT FAIRFIELD, Maine — A Fort Fairfield man was arrested Wednesday, June 24, on a charge of attempted armed robbery after handing his knife over to a convenience store cashier and saying he had decided not to rob the establishment.

The Aroostook County Sheriff’s Office said Kirk Tompkins, 46, had been charged with robbery, a Class A crime, and criminal attempt/robbery, a Class B crime. Both are felony charges and could result in multiple decades in prison.

Fort Fairfield Police received a 911 call around 3 p.m. Wednesday from R&J Market on Presque Isle Street. It was reported that Kirk Tompkins, 46, displayed a knife to the store’s cashier and indicated he would rob the store, police said.

R&J Market owner Camille St. Pierre said Tompkins — who is a regular at the store — had taken out a knife and then handed it to the cashier handle first.

“He said something along the lines of ‘I was going to rob you, but I decided not to. But I need help. Can you call the police?’,” St. Pierre said.

St. Pierre — who proceeded to call the police — said that Tompkins’ actions seemed more like a cry for help than anything else. He does not consider it an armed robbery and said the store’s cashier didn’t feel threatened by Tompkins’ actions.

Fort Fairfield Police said Tompkins fled the store before being picked up by someone driving past him.

Shawn Newell, Fort Fairfield director of public safety, was informed of the incident while he was off duty. Newell lives across the street from Tompkins and saw him returning home.

Newell stopped the vehicle Tompkins was in, detaining him until Sgt. Matthew Cummings of the Aroostook County Sheriff’s Department arrived and arrested Tompkins. The United States Border Patrol also assisted in Tompkins’ arrest.

Tompkins was transported to Aroostook County Jail in Houlton. He is scheduled to be arraigned on Friday, June 26.

Tompkins has a previous criminal record, including a disorderly conduct charge in 2019.

On Thursday, Rep. Harold “Trey” Stewart III, R-Presque Isle, announced he will run for a state Senate seat in the 2020 legislative election -- an important change for one of the most powerful representatives in the Maine House.
Pets END_OF_DOCUMENT_TOKEN_TO_BE_REPLACED