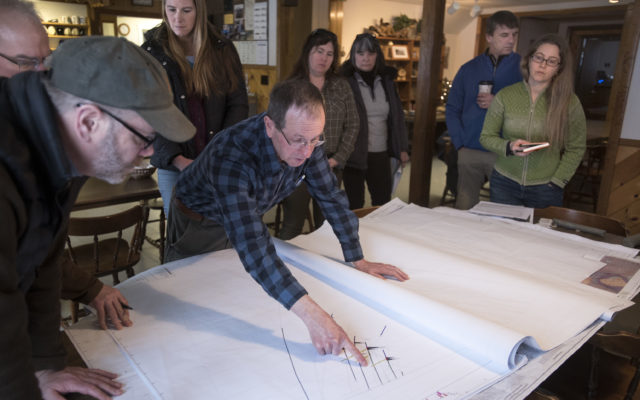 Wolfden Resources Corporation of Thunder Bay, Ontario, announced plans July 8 to start a fully funded 5,000-meter drill program on Pickett Mountain with the purpose of testing new targets identified by recent exploration of the mountain. The targets are both proximal and distal to its known high-grade polymetallic massive sulphide resource, according to a press release from the company.

The new drilling program includes a new 200-meter-long sulphide stringer zone discovered during the 2019 drill program. The diamond drilling will be carried out by Boart Longyear of Virginia and is expected to continue into the fall.

“We are excited to get this year’s fully funded drill program underway and with multiple new drill targets that have been further refined and prioritized over the last seven months,” said Ron Little, president and CEO for Wolfden. “With Boart Longyear now joining our team to complete the drill program, we have additional confidence in executing deeper drill holes that could expand our mineral resource at depth. We look forward to releasing drill results as they become available.”

Back in January, Wolfden petitioned the Maine Land Use Planning Commission to rezone approximately 528.2 acres of land from a General Management Subdistrict to a Planned Development Subdistrict in T6R6 WELS, an unorganized township near Patten.

The proposed purpose of the new subdistrict is for a metallic mineral mine and associated buildings and infrastructure. It would rezone the land from general management to a planned development area.

“We are the first group to test the [state’s] new mining code,” Little said. “Before we spend additional money trying to find more resources and extend any potential mining life, we decided to get the zoning started early. There is enough there to build a mine now, but anything we can add to it makes it more attractive.”

According to the Maine LUPC website, a number of revisions have been made to the original petition, with Wolfden providing additional information to the state. That plan remains under review and is now slated for a public hearing sometime in October or November of this year.

The public hearings were originally supposed to happen in the spring, but the COVID-19 pandemic shut down a number of government operations.

“We really just got the final document through the door when everyone started working from home,” Little said. “Because mining is new to the state, they have to go to external consultants, which is a slower process. The review of our petition, therefore, is taking longer.”

Once that hearing is held, a final decision on the petition will be made by the LUPC.

Wolfden Resources acquired the Pickett Mountain lands in 2017 and later that year began drilling core samples aimed at confirming drilling tests from the late 1970s and early 1980s, when volcanic deposits of copper, lead, silver and gold were found by other companies who never pursued a mine.

On Nov. 16, 2017, Wolfden Resources purchased a 6,871-acre parcel of timberlands north of Patten for $8.5 million with the goal of developing a mine for copper, zinc or other valuable metal minerals. Pickett Mountain is one of the highest-grade polymetallic projects in North America, according to the company.
|DNP:true

Next year's Caribou City Council will include a new member and a longtime councilor thanks to Tuesday's election.
Pets END_OF_DOCUMENT_TOKEN_TO_BE_REPLACED

Everyone who enjoys the company of a dog knows that sometimes dogs have strange behaviors.  They may arrive in your life with the behaviors already in place, or perhaps they are adopted as a puppy and develop a behavior young.
What's Happening This Week END_OF_DOCUMENT_TOKEN_TO_BE_REPLACED