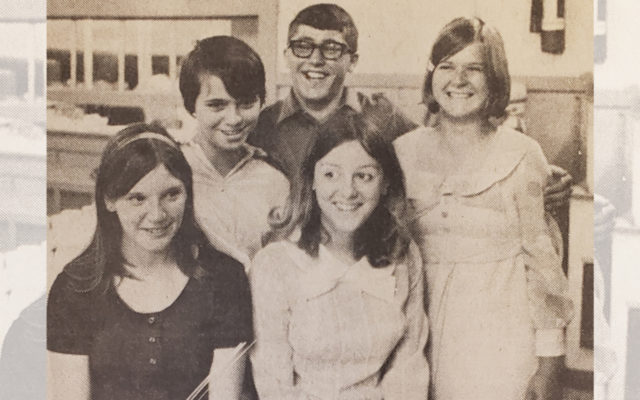 Kilburn Stubbs promoted to corporal — Promotion from private first class to corporal of Kilburn K. Stubbs, son of Mr. and Mrs. Colburn Stubbs, was announced by the 43rd Infantry (Winged Victory) Division, at a Luzon (Philippine Islands) base. Corporal Stubbs, member of a field artillery unit in the 43rd, had been overseas since October 1942, and had participated in the New Georgia, New Guinea, and Luzon campaigns. He attended Presque Isle and Bangor Maine high schools prior to entering the service.

Rod and Gun Club honored two members — The Presque Isle Rod and Gun Club held a farewell supper July 22 for two of its members who were being transferred. President Arnold Beleckis, who was with Maine Fisheries and Game, had been transferred to the Kezar Falls area. Sgt. Rossman, who had been at Loring for the previous four years, moved to Oregan. Club Secretary Robert Miller presented each man a life membership card. Games were played before the steak supper, compliments of Edgar Crockett and Robert Nixxon.

DOVE Award winner — Eleanor Reese of Presque Isle received the DOVE Award from the Maine Society Directors of Healthcare Volunteer Services. The presentation was made at the Maine Hospital Association Summer Forum. Reese, director of volunteer services at The Aroostook Medical Center, was recognized by MSDHVS for her leadership qualities and her management and use of volunteers at TAMC. She had held her position at the hospital for 15 years.