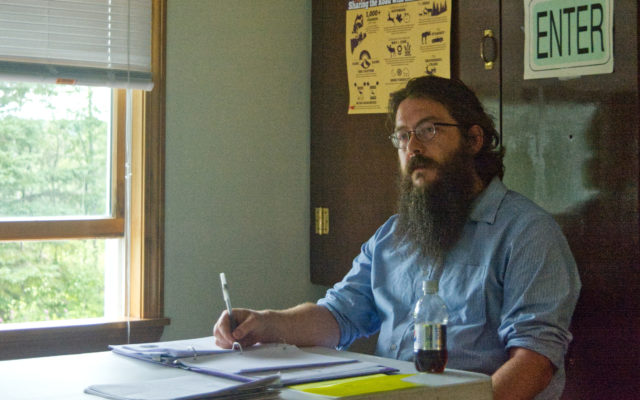 Chris Bouchard • August 5, 2020
The issue began last year when Caribou City Council raised ambulance rates to surrounding communities from $11.50 per capita to $100 per capita in an effort to deal with shrinking reimbursement rates and cost increases.

PERHAM, Maine — Perham Board of Selectmen is planning to discuss making a final decision on a proposed agreement with Caribou’s EMS service at 6 p.m. Aug. 10, at the town office.

The issue began last year when Caribou City Council raised ambulance rates to surrounding communities from $11.50 per capita to $100 per capita in an effort to deal with shrinking reimbursement rates and cost increases. Caribou officials also said the new rate would align these communities with the rate Caribou taxpayers had been paying for the service.

If towns do not choose a plan, Caribou said they would assume the $500 per call option and charge municipalities accordingly.

Perham, among other towns, criticized this decision primarily because they were initially given about two weeks notice before their contracts expired to respond to an almost 1,000 percent rate increase. In response to the criticism, the city of Caribou extended the deadline to March 31.

Citing restrictions imposed as a result of the COVID-19 pandemic, the town of Perham sent a letter to Caribou saying the town was not able to convene its annual meeting and address the ambulance contract. The letter was sent after Caribou billed the town $2,500 for ambulance services. Perham also sought clarification on the nature of the bills, which included little information about each of the calls.

Caribou City Manager Dennis Marker indicated that the city would only be able to release this information to a HIPAA-certified representative in the town. He also said that a notice would be published in the Aroostook Republican saying that the city would discontinue ambulance services to the town of Perham on Aug. 14.

Without Caribou’s ambulance service, 911 calls from Perham would go to the nearest municipality, which in this case would likely be Presque Isle.

Caribou Mayor Mark Goughan met with Perham selectmen on July 20, when the board said the town has a HIPAA-certified representative. Goughan told Marker of this during a July 27 city council meeting, and on Tuesday, Perham Town Administrator John Hedman said the town has since received a revised invoice from Caribou with more details.

The lack of information in bills was among the selectmen’s primary concerns voiced during the July 20 meeting with the Caribou mayor.

Hedman said that while a formal decision concerning the ambulance agreement has not yet been made as of Tuesday, the board moved its meeting from Aug. 17 to Aug. 10 in order to  discuss the agreement prior to the termination date and potentially make a decision on the matter.

On Thursday, Rep. Harold “Trey” Stewart III, R-Presque Isle, announced he will run for a state Senate seat in the 2020 legislative election -- an important change for one of the most powerful representatives in the Maine House.
Pets END_OF_DOCUMENT_TOKEN_TO_BE_REPLACED