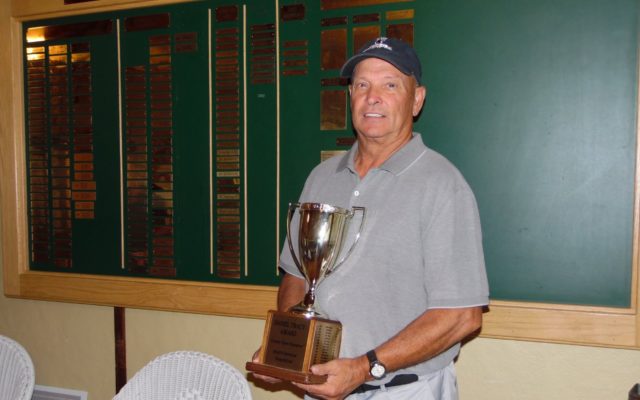 Joseph Cyr • August 12, 2020
A slate of 58 golfers participated in Saturday’s event at the Houlton course, while on Sunday at VaJoWa, a whopping 36 teams vied for the top honors.

A slate of 58 golfers participated in Saturday’s event at the Houlton course, while on Sunday at VaJoWa, a whopping 36 teams vied for the top honors.

“The 31 Annual County Open Charity Golf Tournament was a wonderful success,” said Lori Weston, executive director for the HSF. “In a year where it was necessary to rethink how to do the events, follow guidelines and change the manner of drawings completely, the results were indicative of a caring community, giving to a charity they believe in. While sponsorship funds of the event were down slightly, more golfers played in both the tournament and scramble events than in recent years.”

The Health Services Foundation anticipates that the annual fundraising event will reach the $20,000 mark.

Divisional winners from Saturday, broken down by division, were as follows:

Men’s B Division — First gross, Marty Bouchard, 80; second gross, Trevor Adams, 82; and third gross featured a tie with Joe Sleeper and Bill Dwyer, both with an 86. First net (tie), Herman Sleeper and Kevin Tuttle, both with a 65; and third net, Tony Marino, 68.

Sue Waite-York won the longest drive for women, while Brandon Dimick was the winner for the men.

On Sunday at the VaJoWa Course in Island Falls, the numerical scores for each team were not available. The team of Brandon McArthey, Ben Walker, Nick Cullen and Tim Carlson finished first gross, while John Walker, Justin Tapley, Bryce Colbreth and Bill Mathers were second gross and Randy Harris, Gerry Worster, Andy VanEss and Brandon Carmichael were third gross.

The longest drives of the day went to LouAnn Dwyer and Dave Dubois.