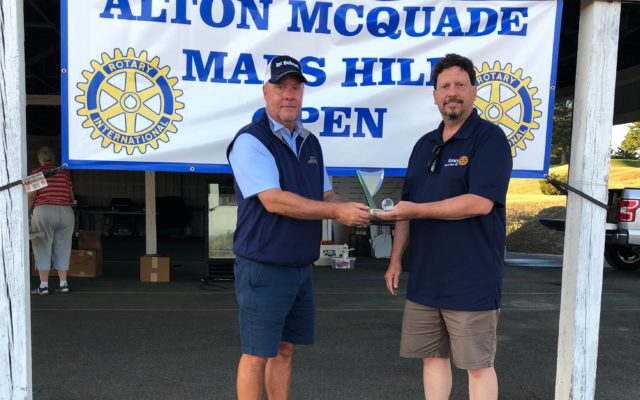 More than 100 players turned out for the event, sponsored by the Mars Hill Rotary Club, during which they enjoyed warm weather, the beautiful scenery of the course and renewing or making new friends, despite social distancing.

The Rotary Club acknowledged the efforts of the country club staff in preparing the course and assisting with the scoring.

Club officials extended “heartfelt appreciation” to Harry Orser for his efforts to organize and provide assistance during the tournament.

Results from the tournament were as follows:

Members of the Houlton Band of Maliseets will head to the ballot box in order to determine who will be elected as their new tribal chief.
Pets END_OF_DOCUMENT_TOKEN_TO_BE_REPLACED