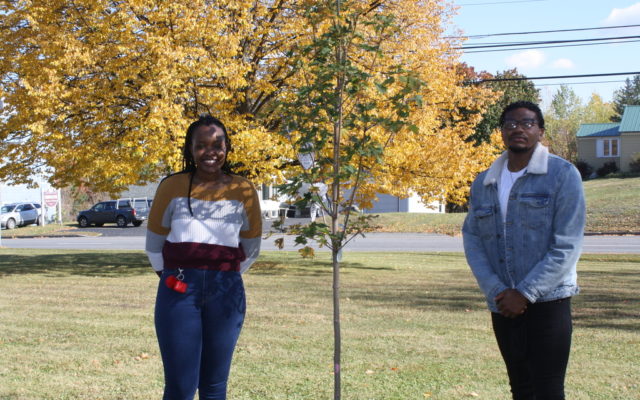 Melissa Lizotte • October 2, 2020
PRESQUE ISLE, Maine -- Soon after the fall semester began, people at the University of Maine at Presque Isle and in the surrounding community were saddened to hear that John Haley, a longtime English instructor, former hockey coach and potato farmer, had died just one day shy of his 76th birthday.

PRESQUE ISLE, Maine — Soon after the fall semester began, people at the University of Maine at Presque Isle and in the surrounding community were saddened to hear that John Haley, a longtime English instructor, former hockey coach and potato farmer, had died just one day shy of his 76th birthday.

Haley was an adjunct English instructor at UMPI for 15 years, teaching English composition and University Experience, formerly known as first-year seminar. He had recently been appointed as the new director of university experience.

Prior to and during his early years at UMPI, Haley worked as a pesticide inspector for the U.S. Department of Agriculture. He was also involved in local hockey programs, first with Presque Isle Youth Hockey and then the Presque Isle High School team as an assistant coach.

Haley had just begun teaching his fall 2020 courses at UMPI when he died suddenly after a brief illness at the age of 75. 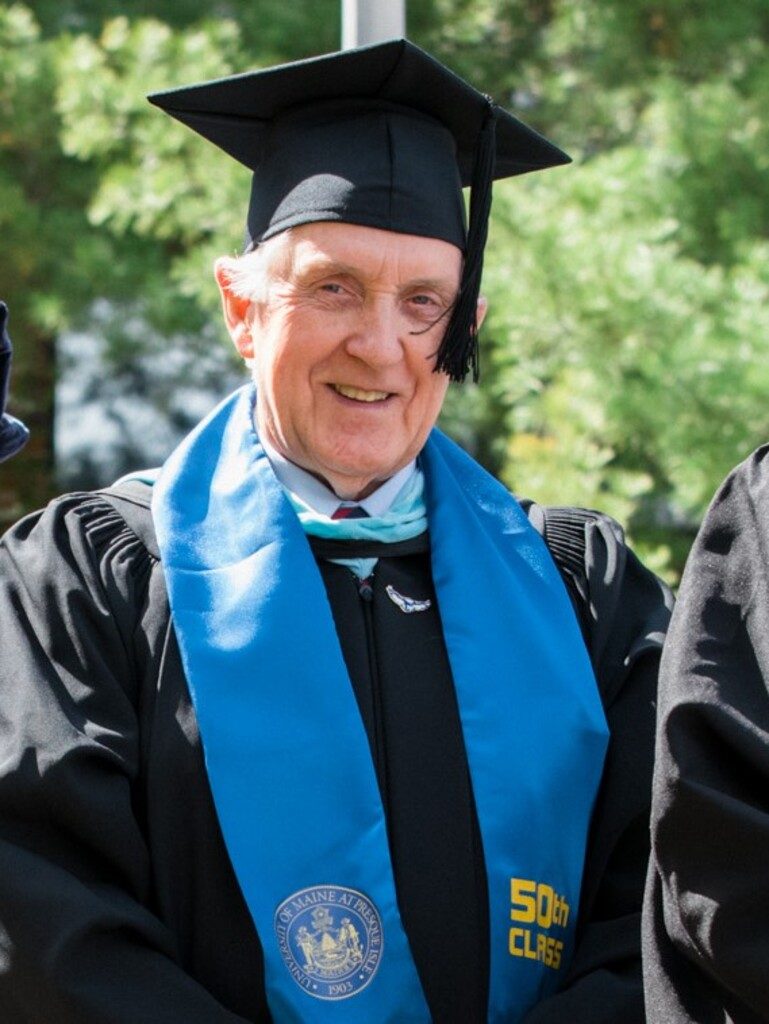 John Haley, a longtime UMPI English instructor and former hockey coach and farmer, passed away at the age of 75 on Sept. 10. (Courtesy of University of Maine at Presque Isle)

Deborah Hodgkins, UMPI professor of English, had knownHaley since his early days at the university. She said that over the years Haley developed positive relationships with students and became active with campus events, despite only teaching part time.

“He attended basketball games. He was here a few years ago when UMPI held a Christmas dinner for students who weren’t able to go home. He held office hours in the library to be there for students,” Hodgkins said. “Students I’ve talked with have remembered how much John listened and really heard what they had to say.”

Students and faculty have planted a sugar maple tree on the South Hall lawn at UMPI in honor of Haley. The campus’ Service Excellence Team has renamed its program the John Haley Service Excellence Program. A scholarship fund in Haley’s name has been established to reduce financial costs for first-generation college students.

UMPI senior Ines Ngoga of Portland spoke at a recent memorial service for Haley on campus. She said that Haley was committed to giving all students a class environment where they could express themselves.

“He was a very kind person. He was always smiling and he wanted you to feel welcomed in class,” Ngoga said.

UMPI junior Kajuan Minter of Elkton, Maryland, said that Haley was a kind and understanding instructor, who took time to know students well and become invested in their success.

“He was one of those people who came across as very genuine and heartfelt,” Minter said.

Aside from teaching and connecting with students, Haley loved supporting the local youth and high school hockey teams. Though he left the Presque Isle High School team in 2010 to focus on teaching, Haley kept in touch with fellow coach Carl Flynn, who still coaches the team.

Flynn said that Haley was someone who connected with the young players on a personal level, encouraging them even when they faced a tough game.

“He was like a grandfather to those kids,” said Flynn, who is a family medicine doctor at Cary Medical Center. “They always joked around together, but when he had something important to tell the kids, they gave him their full attention and respect.”

Some of Flynn’s best memories from working with Haley came from when the PIHS team upset Orono High School at the semifinals in 2007, and when they became the Eastern Maine Champion team in 2009.

“As the clock ticked down during that game [in 2009] and we knew we would win, you could see the smile and the joy on his face,” Flynn said. “During that bus ride home, after midnight, he kept saying, ‘We did it!'”

Even after he was no longer an assistant coach, Haley often attended hockey games in support of Presque Isle High School. As Hodgkins’ son became involved with Youth Hockey and then high school hockey, she and Haley further bonded as colleagues and friends over their love of the sport.

Over time, she came to know Haley as a person who cared deeply about everyone he worked with, Hodgkins said.

“‘When he met someone he would always ask, ‘How are you doing? How’s the family?’ Whenever I saw him he’d ask, ‘How’s hockey?'” Hodgkins said.

That personality showed itself once again after Hodgkin’s son wrote Haley a thank-you card for giving him a pair of golf clubs that Haley’s stepson played with in high school.

“He came into my office one day and said, ‘Did you read what your son wrote?’,” Hodgkins said. “He said [reading from the note], ‘I’ll think of you the next time I get a hole in one.’ I’m going to cherish this forever.'” 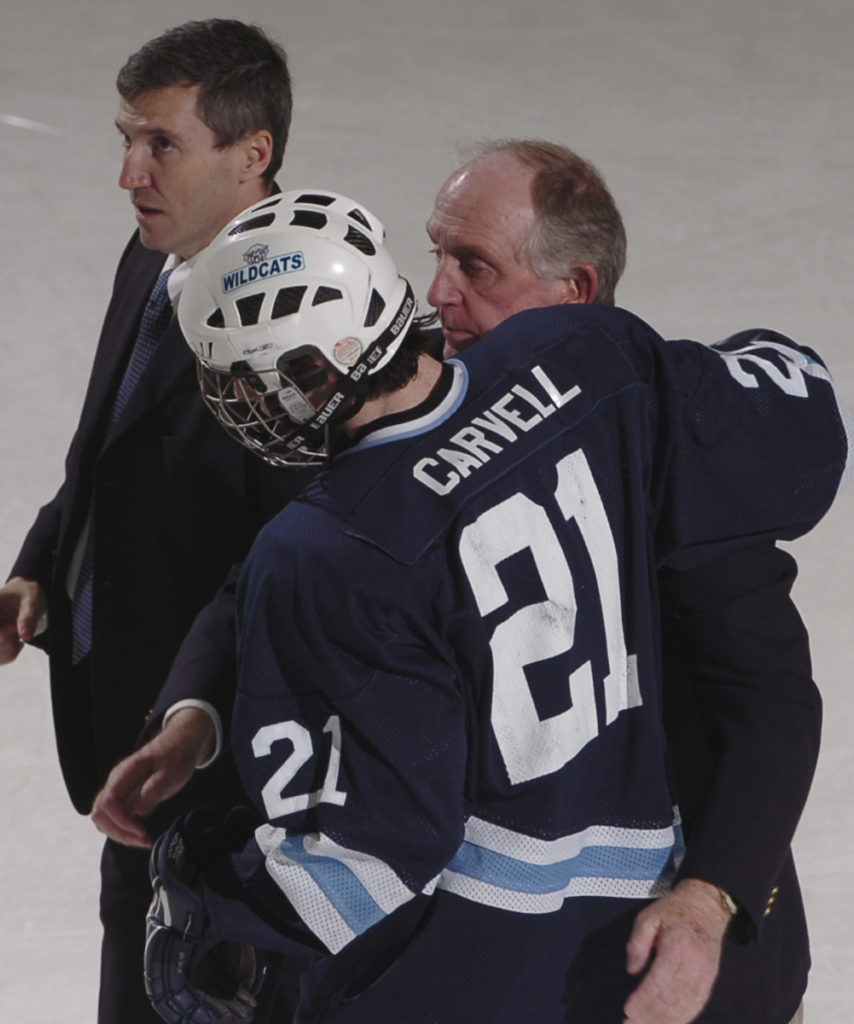