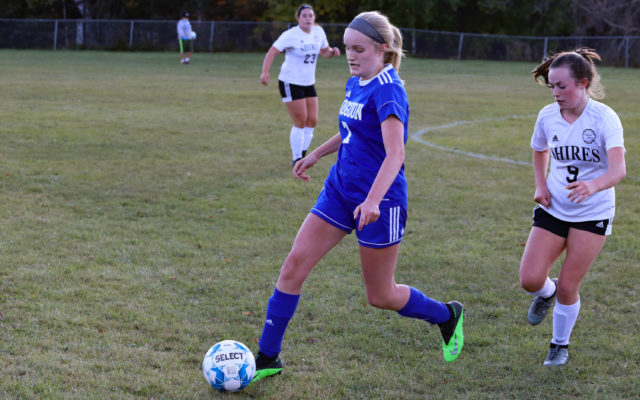 Alexander MacDougall • October 6, 2020
It was a tale of two halves for the Houlton and Hodgdon girls soccer teams  when they met Monday, Oct. 5, for their first match up of the season

HODGDON, Maine — It was a tale of two halves for the Houlton and Hodgdon girls soccer teams  when they met Monday, Oct. 5, for their first match up of the season.

The two squads battled to a 3-3 stalemate after neither squad was able to put the winning goal into the net in two overtime periods.

The first half of the game was dominated almost entirely by Hodgdon, with the Hawks receiving goals from Mikyla Howland, Sabra Scott and Emma Drew, with the last goal by Drew coming just one minute before halftime. Drew also notched an assist for the game.

“They had athletes and they came out and competed, and we took a little while to start playing our game of soccer,” Houlton head coach Marina Cameron said. “But we decided in the second half that we were ready to play and score.”

While the first half was all Hodgdon, the second half belonged to Houlton as the Shires responded with three unanswered goals in the second half. Tallying goals were Bre Barton, Emma Ardell, and Sam Johnson, the first two goals coming within the first 10 minutes of the second half. Johnson and fellow forward Gabby Gentle both had an assist.

“We knew they were going to be tough, but we felt like we were ready for it, and we felt like we played a good game,” Hodgdon head coach Amanda Stubbs said, following the game. “We’re going to work hard to try to get them down in Houlton when we play them in a couple of weeks.”

“We’re happy that we were able to tie it up and play 40 minutes of soccer in the second half,” said Cameron. “But we’re hoping for a different result next time we see them at home.”

Later that evening at Houlton, the Hodgdon boys soccer team picked up a 3-1 victory over Houlton.

Hodgdon got the scoring started early on a Josh McGillicuddy goal just 26 seconds into the game, assisted by Oisin Gardiner. McGillicuddy scored two more goals for the hat trick.

Houlton put some pressure on late in the game and got a goal from Isaiah Gentle with the assist from Cody Johnston. 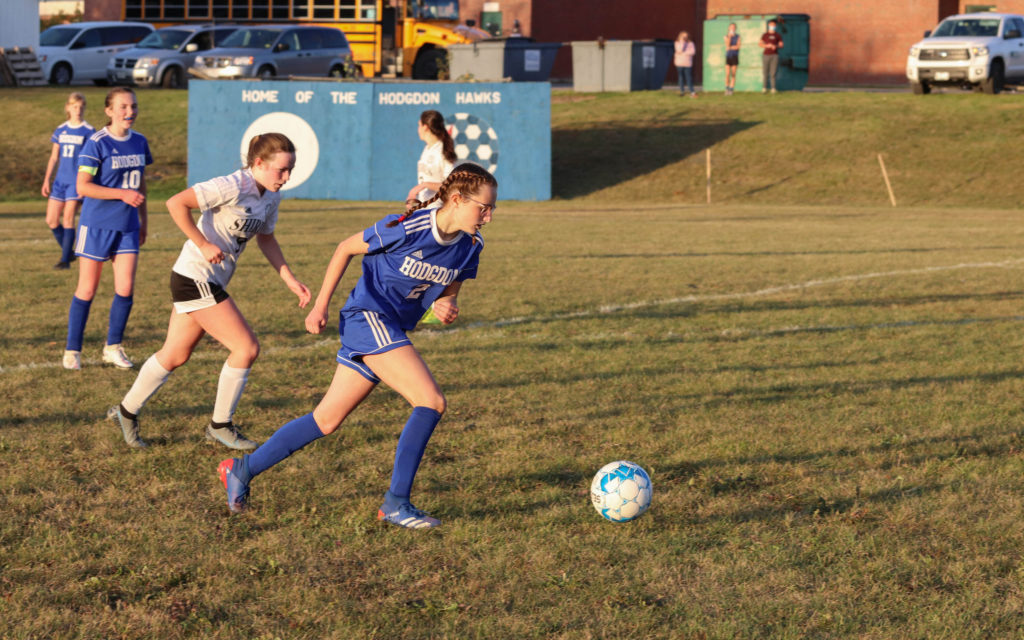 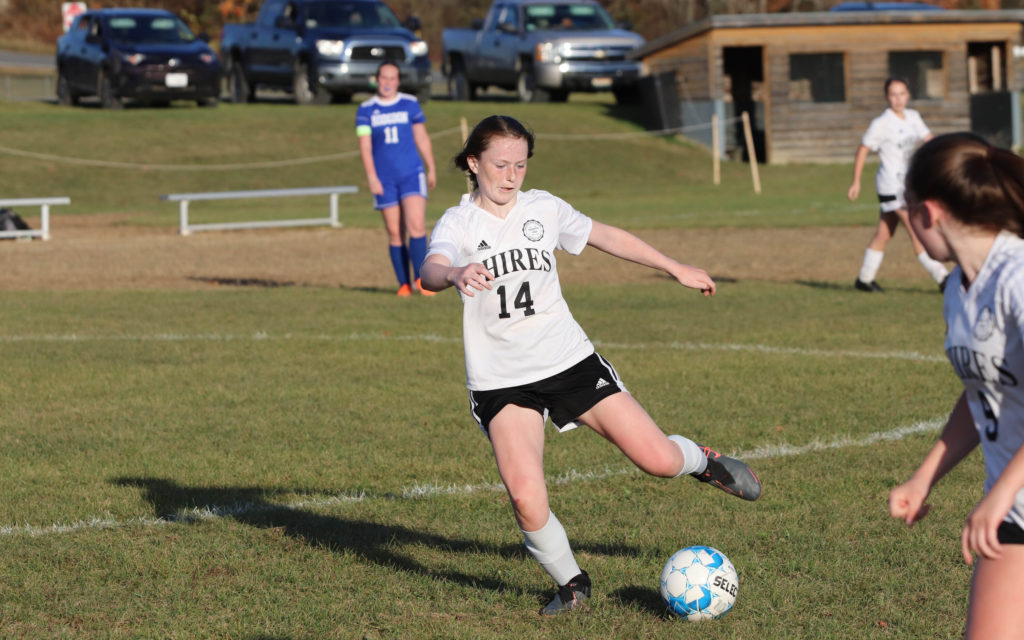 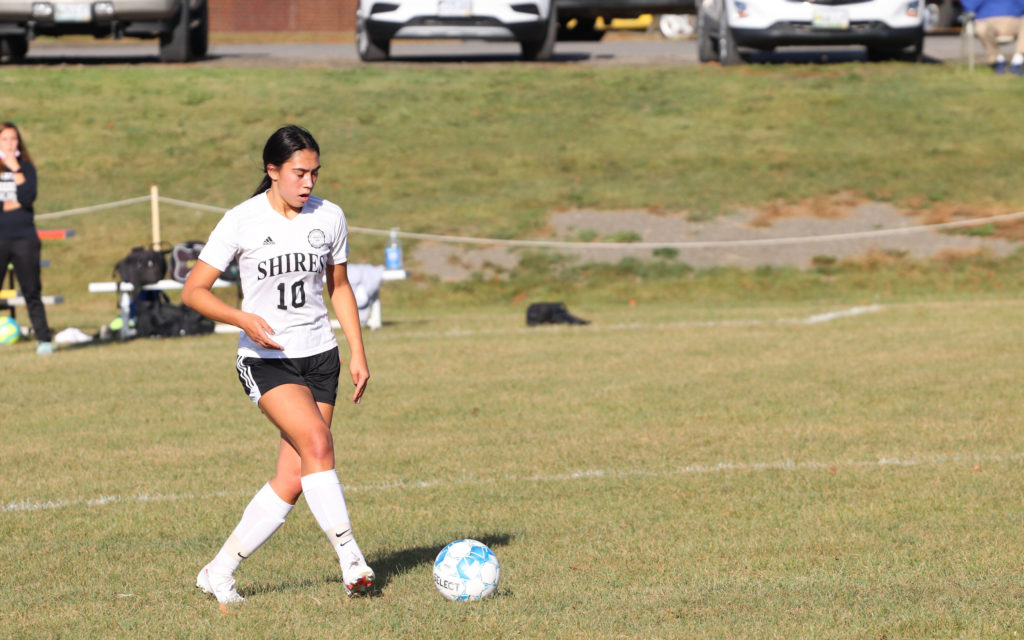