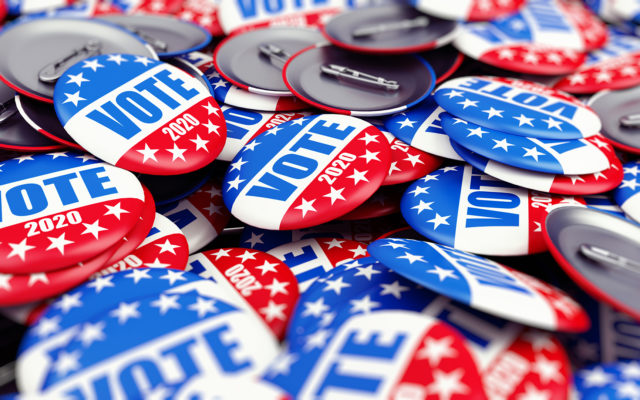 Alexander MacDougall • October 7, 2020
As the Nov. 3 election draws closer, Aroostook County residents must decide not only their choices for president, the Senate and Congress, but also for many local races, including the one for Maine House District 145.

HOULTON, Maine — As the Nov. 3 election draws closer, Aroostook County residents must decide not only their choices for president, the Senate and Congress, but also for many local races, including the one for Maine House District 145.

Incumbent Chris Johansen of Monticello faces a challenger in Robert “Bo” Zabierek, an instructor at the Region Two School of Applied Technology in Houlton.

Johansen, a Republican, made statewide headlines earlier in the year when he led demonstrations against Governor Janet Mills’ stay-at-home mandate and restrictions on non-essential businesses during the early weeks of the COVID-19 pandemic in Maine.

Zabierek, on the other hand, says he believes the decisions made by Gov. Mills, a fellow Democrat, and Maine CDC Director Dr. Nirav Shah have been effective in stopping the spread of the virus.

The Houlton Pioneer Times asked both candidates identical questions on their views on COVID-19 and several other important issues affecting The County. Their abridged answers follow. 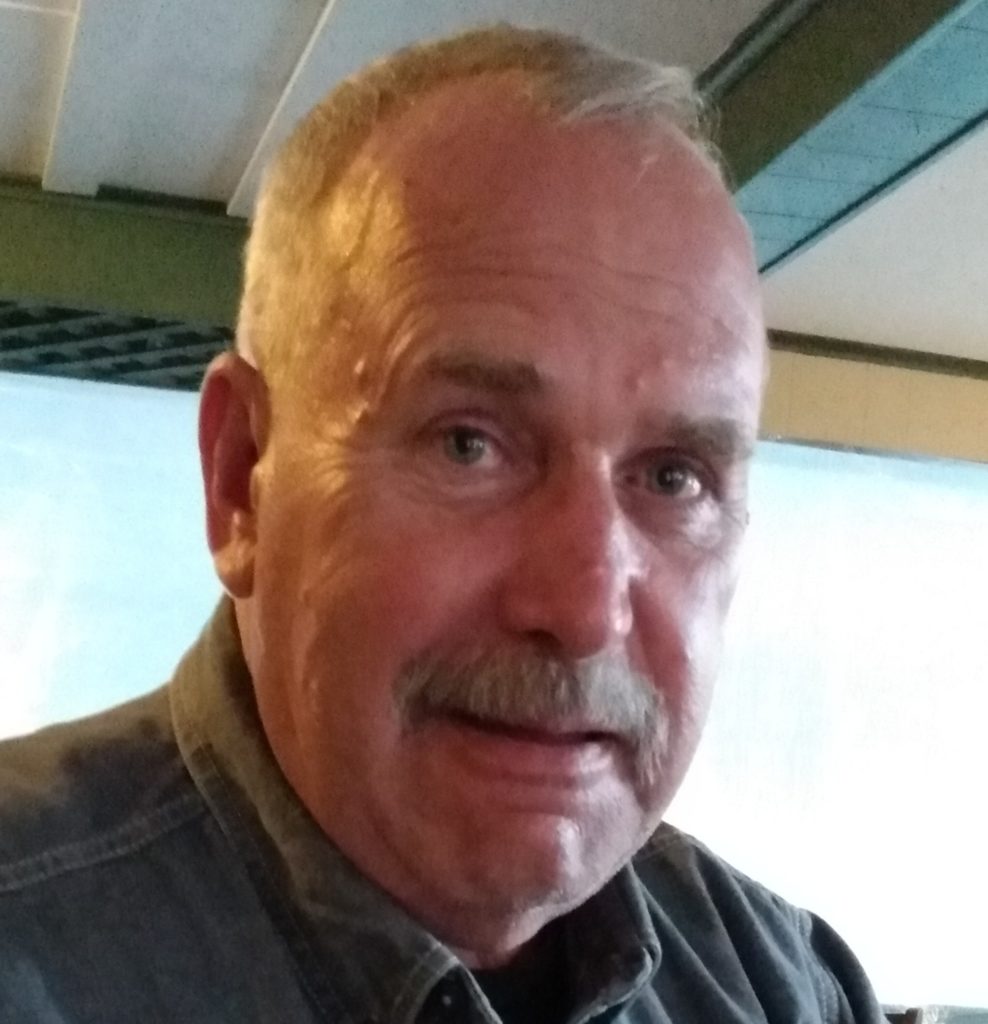 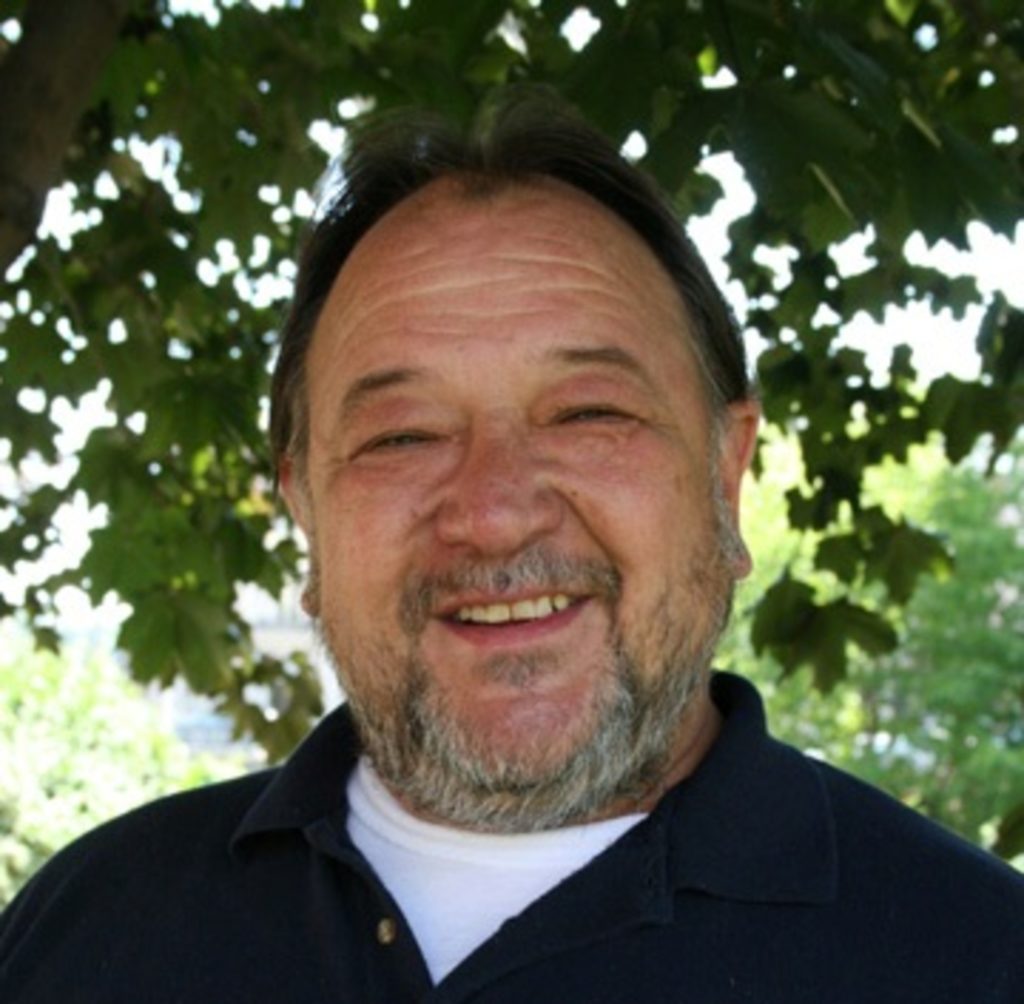 What is your background?

ROBERT “BO” ZABIEREK: I worked for 20 years as a middle manager for WSBK-TV38 in Boston and in 2002 I retired and moved my family to Maine. I started working for Region Two in Houlton in 2005 and am currently their Applied Academics Instructor.

Have you held a previous political office?

CJ: I have been in Augusta for the 128th and 129th Sessions of the State Legislature.  I have served on the Judiciary Committee, the Environmental and Natural Resources Committee and the Criminal Justice Committee.  I find it both rewarding and frustrating to sit on these committees.

RZ:  No, I ran unsuccessfully for this office in 2008 and 2010 but have not served in political office. I have, however, run for and represented every food services, janitor, and maintenance worker; as well as ed techs and classroom teachers in Aroostook County on the

Maine Education Association’s Board of Directors in Augusta for five of the past 10 years, with three more years left to my term.

Why do you want to run for this seat?

CJ: Being able to help people in my district (and even some from outside it, through work on the various committees I serve in) has been rewarding.  Trying to keep the values we hold in Aroostook County from being overridden by southern Maine ideas has been a goal of mine since starting on this journey.  Our farming heritage and woods industry is a very important part of our life, and has much more significance to us than to York, Cumberland or Androscoggin counties.

RZ: After 20 years of Republican representation in District 145, I have seen jobs leave the area in droves, with mills closing, small businesses folding, and little or no support from anyone we send to Augusta. It’s time to elect legislators who can work with the majority and move an aggressive jobs creation agenda forward for our area in conjunction with our Aroostook state senators who have a proven record of success in Augusta and Aroostook County.

What are the most significant issues facing the greater Houlton area and Maine that you would address if elected?

CJ: Jobs, jobs, jobs. We have young people leaving the area due to a lack of good-paying jobs.  The cost of doing business in Maine is so high that enticing business to come here is difficult.  Raising wages isn’t the answer. In fact, it’s forced many out of business, or reduced their hours and employees to make ends meet.

RZ: Jobs for anyone that wants to work, healthcare for all, and social services. We need to preserve our environment and promote our work ethic, both of which set The County apart from other regions of our state. We need to expand career and technical education for ample opportunities to train the next generation of craftsmen and women and to keep our medical facilities fully staffed and to provide retraining for adults looking for a more rewarding career.

What should be done to fight the COVID-19 pandemic in Maine?

CJ: COVID will be with us forever now. As with other strains of COVID, we need to have the information we need to make our own choices as to how we proceed. Protecting our elderly should have been priority number one. That’s where the majority of our deaths came from. But again, Aroostook County and Cumberland County face two very different scenarios. Continuing to shut down the state at this point is not helping, it’s hurting.

RZ: Remain vigilant. I think that Maine has dealt quite well with the challenges that the virus has presented to our residents. The leadership that the governor and Dr. Shah have provided has clearly paid off as Maine ranks among the lowest in percentage of incidents by population. Following the six steps that we use in education is a proven formula for success: 1. Symptom screening at home. 2. Physical distancing. 3. Mask/face covering. 4. Hand hygiene. 5. Personal protective equipment. 6. Home isolation before returning after an illness.

What is your stance on the U.S.-Canada border closure? What, if anything, can be done to reopen the ports of entry?

CJ: I think that’s between the two countries.  Canada has their own way of dealing with the crisis. I think it helped to contain people who may have been trying to gain entry into the US through Canada.

RZ: While it has inconvenienced some, the right measures are being implemented to protect both populations. Front line workers are still being allowed to cross as the policy is based on needs, not wants.

Substance use disorders, including alcoholism and addiction to methamphetamine, are more common in The County than in other parts of Maine. What would you do to combat that?

CJ: Until you get this under control, with tougher law enforcement and treatment centers, the answer is not an easy one.  Stopping the flow of drugs from outside Maine is something that has to happen. Helping those who are addicted needs to happen. But it can’t be a revolving door.  There are some in The County who have received multiple doses of Narcan after overdosing.

RZ: Treat these disorders as a sickness instead of a crime. Early intervention can keep these addictions from becoming crime and death statistics. More local case workers need to be dispatched in these high crime pockets to identify and treat these illnesses. Law enforcement can play an important role in facilitating and dispatching that help.

What is the best way to help the local economy?

CJ: Identify those who want to work from those who would rather not.  Help those who want to work by getting them higher education in a skill that will sustain them and their families — the old saying, “Give a man a fish and he eats a meal, teach him to fish and he feeds his family for life.” Making it worthwhile to stay home when there’s work available is not the answer, either. Stepping down from welfare and up to employment is a necessary avenue to make people understand their self-worth.

RZ: Attract new jobs that will attract new workers to our area. We have many unfilled jobs in The County that require advanced training, which I hope to see filled through the expansion of career and technical education and training, both at the secondary and post-secondary levels. Support the business efforts of the Aroostook Partnership and the educational efforts of the Aroostook Aspirations Initiative that support County kids that want to go to school, work and live in The County.

Next year's Caribou City Council will include a new member and a longtime councilor thanks to Tuesday's election.
Pets END_OF_DOCUMENT_TOKEN_TO_BE_REPLACED

Everyone who enjoys the company of a dog knows that sometimes dogs have strange behaviors.  They may arrive in your life with the behaviors already in place, or perhaps they are adopted as a puppy and develop a behavior young.
What's Happening This Week END_OF_DOCUMENT_TOKEN_TO_BE_REPLACED