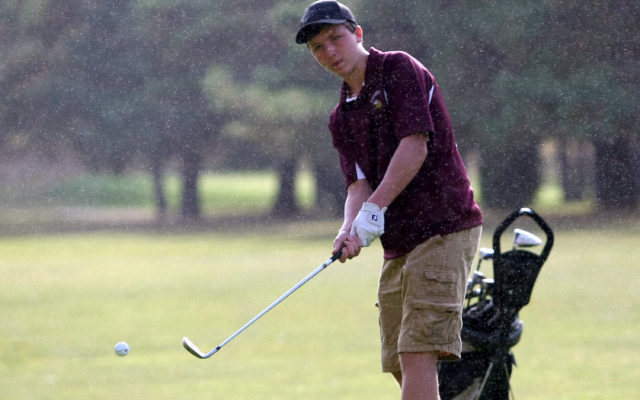 David Marino Jr. • October 7, 2020
Caribou beat Presque Isle in the Aroostook Class B Golf Championships in Presque Isle Tuesday, after the Vikings turned out an impressive performance over 18 holes

PRESQUE ISLE, Maine — Caribou beat Presque Isle in the Aroostook Class B Golf Championships in Presque Isle Tuesday, after the Vikings turned out an impressive performance over 18 holes.

Five players from each school participated in the regional tournament, which was held at the Presque Isle Country Club. Caribou High School scored 357, while Presque Isle shot a 397.

Cory Herbert of Caribou was the medalist on the day, shooting 85. Three players shot 90: Hunter Stubbs of Presque Isle, as well as Miles Collier and Sawyer Deprey of Caribou.

Neither the Caribou, nor Presque Isle teams qualified for the state championship at Natanis Golf Course in Vassalboro, where teams across the state will play on Friday and Saturday.