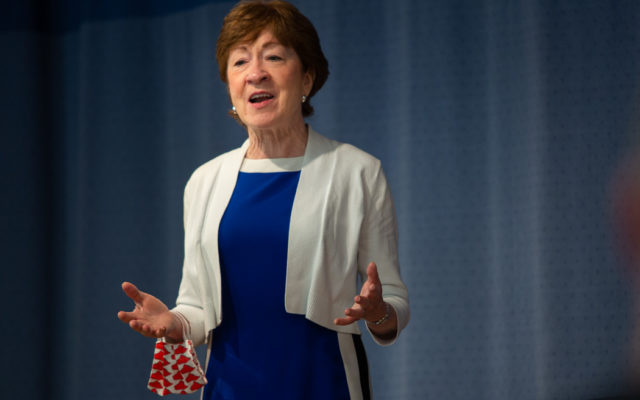 Alexander MacDougall • October 30, 2020
As election season winds down to its final stretch, candidates are raising money to fund their campaigns, hoping to prevail in the Nov. 3 election, which has already seen millions of Americans cast their ballots in early and absentee balloting.

HOULTON, Maine — As election season winds down to its final stretch, candidates are raising money to fund their campaigns, hoping to prevail in the Nov. 3 election, which has already seen millions of Americans cast their ballots in early and absentee balloting.

The district was the source of President Donald J. Trump’s lone electoral college vote in New England in his 2016 victory, but the district also elected a Democrat, Jared Golden, to the House of Representatives in 2018. Both of those candidates now face electoral battles against their respective opponents, Joe Biden and Dale Crafts.

The battle for Maine’s U.S. Senate seats is perhaps drawing even more attention across the country, as Aroostook native Susan Collins faces one of her toughest campaign battles against Maine Speaker of the House Sara Gideon, which could have huge ramifications for the current Republican-majority Senate.

Looking at campaign donations publicly available by the Federal Election Commission, it’s clear which party received more monetary support in The County for the 2020 election, with Republicans taking in most of the donations around Aroostook.

FEC filings based on the zip codes for the major population centers in Aroostook — Houlton, Presque Isle, Caribou, Fort Kent and Madawaska — show that Donald Trump’s campaign raised nearly $14,000 from 56 individual contributors across Aroostook, nearly twice that of his competitor, Joe Biden, who raised around $7,500 from 21 different contributors.

In the congressional race, Dale Crafts’ campaign received around $2,000 in donations, while Golden did not get any campaign donations at all.

The person who received the most donations in The County was Susan Collins, who garnered more than $41,000 in contributions to her campaign, as opposed to Sara Gideon, who received just $1,290.

With the election just days away, it remains to be seen which party will come out on top in Aroostook, Maine and the nation.