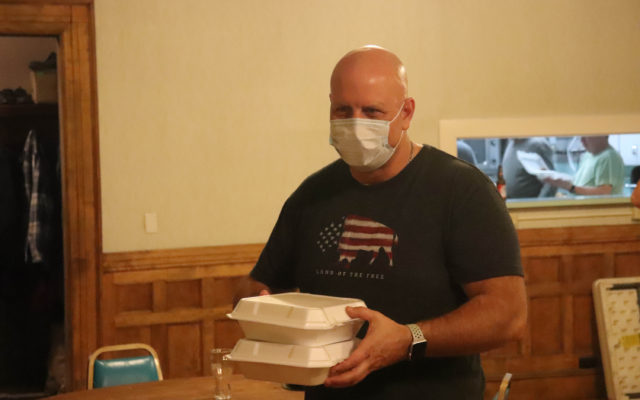 Alexander MacDougall • November 12, 2020
While the Houlton Elks Lodge has had to cancel many of its indoor events this year due to COVID-19, lodge members made sure they did something to honor America’s veterans.

HOULTON, Maine — While the Houlton Elks Lodge has had to cancel many of its indoor events this year due to COVID-19, lodge members made sure they did something to honor America’s veterans.

“We’ve had to cancel so many events this year, so we had to do something,” said Dan Hiebert, who serves as the exalted ruler for the Houlton Elks Lodge, and is a veteran of the 82nd Airborne Division. “So we decided to go all in on this charity.”

While the Elks Lodge usually hosts an in-person dinner to honor Veterans Day, this year it was switched to a drive-thru, where lodge members delivered free meals to veterans in their cars. Meals consisted of foods such as turkey, green beans and mashed potatoes, given the event’s proximity to the Thanksgiving holiday.

Lodge members, such as Dennis Harmon, who is also acting chief patrol agent of the U.S. Border Patrol in Houlton, helped make Veterans Day something the lodge could contribute to, by carrying prepared meals from the kitchen to be delivered to people’s cars. Other members remained in the kitchen, putting the meals together.

“As long as there are veterans, the Elks are there,” Harmon said.

While the lodge usually holds a Christmas dinner as well near the end of December for seniors, that event has already been canceled due to the risks COVID-19 poses, particularly to the senior population.