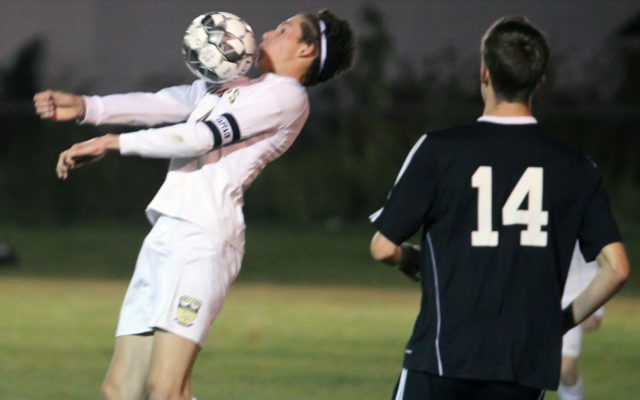 Chris Bouchard • December 15, 2020
Ethan Holdsworth, a Caribou High School senior, was sitting in his living room when he learned the Maine Soccer Coaches Association named him Class B Boys Player of the Year.

CARIBOU, Maine — Ethan Holdsworth, a Caribou High School senior, was sitting in his living room when he learned the Maine Soccer Coaches Association named him Class B Boys Player of the Year.

And while he said it might have been more exciting to have found out at the association’s annual awards banquet in Bangor, which was called off this year due to the pandemic, he was still thrilled at the news.

“I was honestly filled with joy,” he said.

Holdsworth has a lifelong passion for soccer, a sport he’s been playing as long as he can remember. 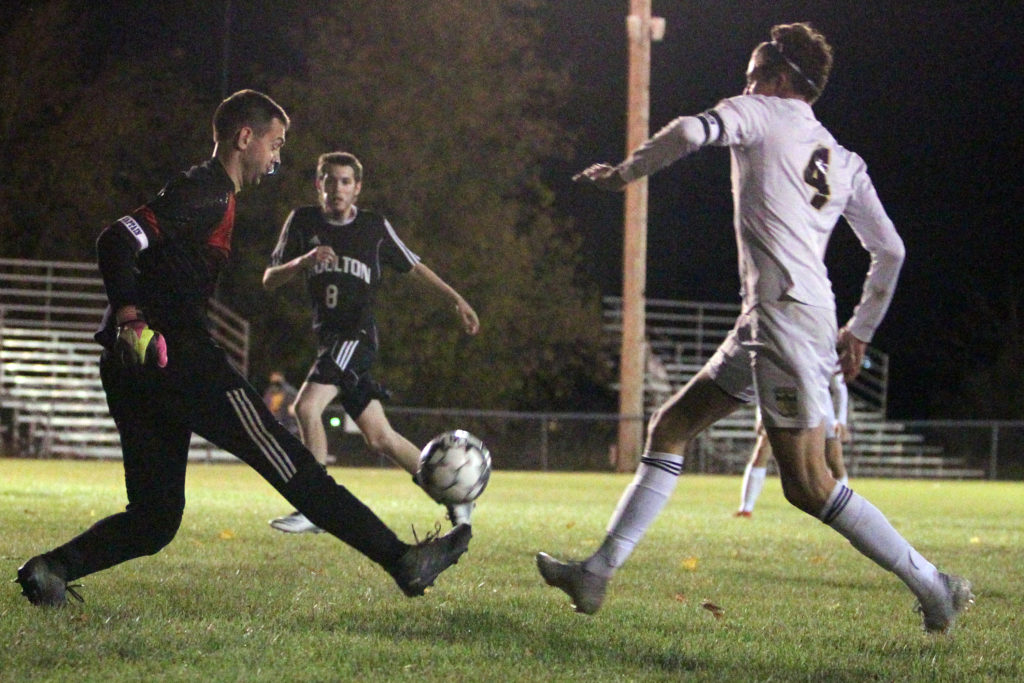 His earliest memory on the field is as a young child when the Dutch Soccer Academy visited the area. From there, he moved onto playing at the rec department, and then to middle school, and now high school.

“I’ve basically been playing soccer my whole life and I’ve had a blast ever since I started,” Holdsworth said.

Holdsworth added he’s particularly drawn to the strategic elements of the game.

“I think what really made me fall in love with soccer the most is that it’s not a high scoring game by any means,” he said. “You really have to take time and think about how you’re going to attack your next opponent. It’s a very technical sport, and that made me want to get better with ball control, shot speed, and things like that.”

Holdsworth’s coach, Andre Rossignol, said he was “incredibly happy” for him when he heard the news.

“He’s deserving of all the accolades he’s received throughout his career. He’s worked hard,” said Rossignol. “To be named Class B Player of the Year is really special, considering the talent the division produces year in and year out.”

Rossignol said that while every season has its own challenges, this year’s season’s biggest hurdles were not being able to run a true summer soccer program, and only being limited to nine games for the season.

“But I think overall we provided these kids with as close to a normal soccer season as we could while keeping everyone safe, so I see this season as a success,” he said.

And throughout the season, the coach said Holdsworth’s skills shined on the field.

“Ethan has all the traits that you see in a prolific scorer,” he said, “Tremendous speed, touch, and the ability to strike the ball hard. He makes goal scoring look easy, but nothing about it is really easy, especially with the amount of attention he draws from the opposing team’s defense. He also does a good job setting up his teammates with goals.”

Overall, Rossignol said he’s proud of Holdsworth for his achievement.

Holdsworth said one of the biggest challenges this year was getting a team together, as many were apprehensive due to the pandemic. Once the team was assembled, he said their next obstacle was figuring out how to play against local teams in different classes.

“We had to do a lot of game planning for those teams,” he said. “Where we’re in Class B, we don’t always get to play those schools all the time.”

Holdsworth added that he’s truly grateful to have received the “Player of the Year” distinction.

“It hasn’t really sunk in,” he said. “I’m just taking it all in. It’s definitely something I’ve wanted to do and I’m glad I could finally do it.”

It was a freezing day across The County, but you could hardly tell from the turnout. Even after a massive surge in absentee ballot requests across the Central Aroostook area, droves of people came out to vote in Presque Isle, Mapleton, Washburn and Fort Fairfield.
Pets END_OF_DOCUMENT_TOKEN_TO_BE_REPLACED