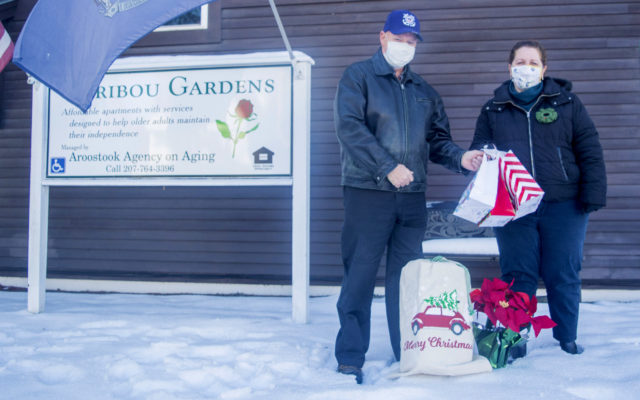 Community comes together to brighten holidays for elderly tenants

Chris Bouchard • December 24, 2020
What began as a project by the Aroostook Agency on Aging to bring gifts and cheer to the tenants of Caribou Gardens, a Section 8 housing facility for elderly residents in Caribou, ended up inspiring several dozen community contributions.

CARIBOU, Maine — What began as a project by the Aroostook Agency on Aging to bring gifts and cheer to the tenants of Caribou Gardens, a Section 8 housing facility for elderly residents in Caribou, ended up inspiring several dozen community contributions.

Tamara Cote, manager of housing and information services at the Aroostook Agency on Aging — the managing agent of Caribou Gardens — said the tenants were thrilled and grateful at the outpouring of gifts.

“It’s isolating for them in the winter,” Cote said. “They usually just hunker down and get through it, but spring and summer always brings a new perspective; they get more movement, and they get to go outdoors. But this year that didn’t come. So they went from a cold, dark winter to, metaphorically, a dark summer, and then back to a dark winter.”

The Aroostook Agency on Aging typically hosts a holiday meal between Thanksgiving and Christmas for the building’s tenants. This year’s mea was canceled amid the pandemic.

Cote discussed alternatives with the agency’s leadership team, who came up with the idea for a Secret Santa activity in which the staff could wrap a gift and leave it at the main office to later be delivered to tenants. 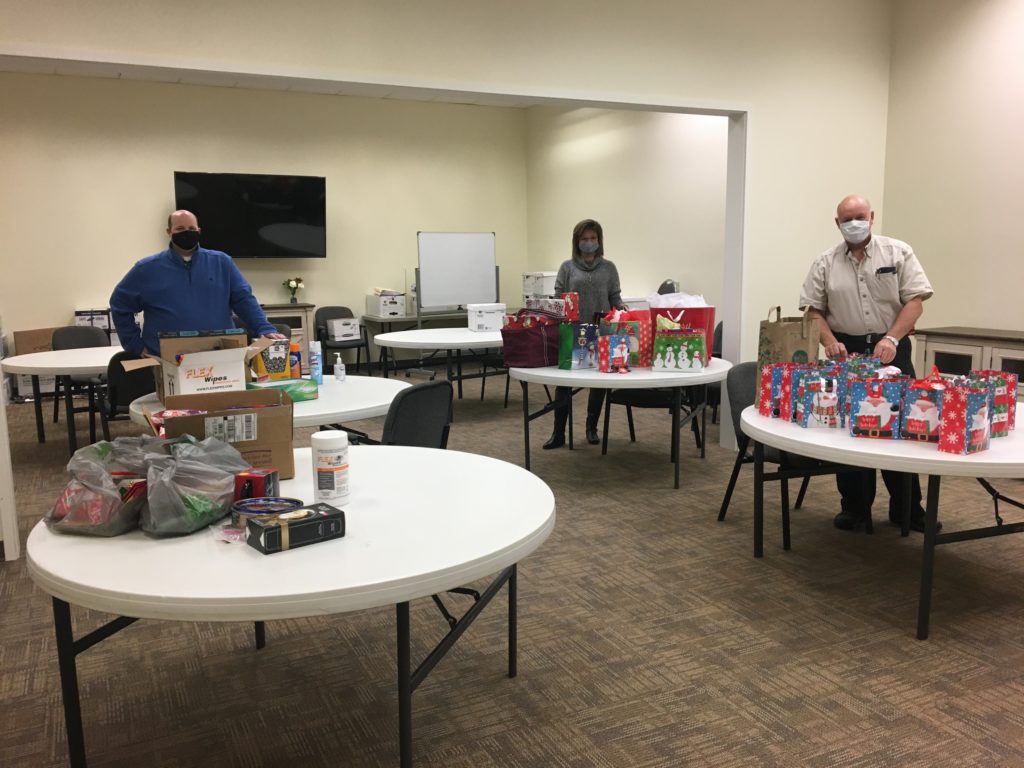 Despite only having a week to come up with gifts for each of the building’s 16 tenants, Cote said they received a total of 43 gifts. The remaining 27 went to others served by the agency.

Age Friendly Caribou also collaborated with the Agency on Aging and created its own Secret Santa program, in which a Christmas tree was set up at the Wellness and Recreation Center and residents could place gifts for elderly community members underneath.

Elizabeth Singer, Cary Medical Center’s coordinator for the Age Friendly Caribou initiative, said they were able to deliver a total of 187 presents to Caribou Gardens, Meals on Wheels clients, Lyndon Heights and various other community members.

“The response from the community was amazing,” Singer said. “Most of the presents had multiple items in them, and I am estimating that we had just over 300 items.” Gifts included socks, slippers, blankets, toiletries, puzzles, candy and food gift packs, and other fun items.

And as this was happening, Cote received a call from the Holy Rosary Catholic Church in Caribou. The church was not able to distribute food baskets this year due to COVID-19 restrictions, and instead gave each tenant a gift card for Sleeper’s of Caribou. 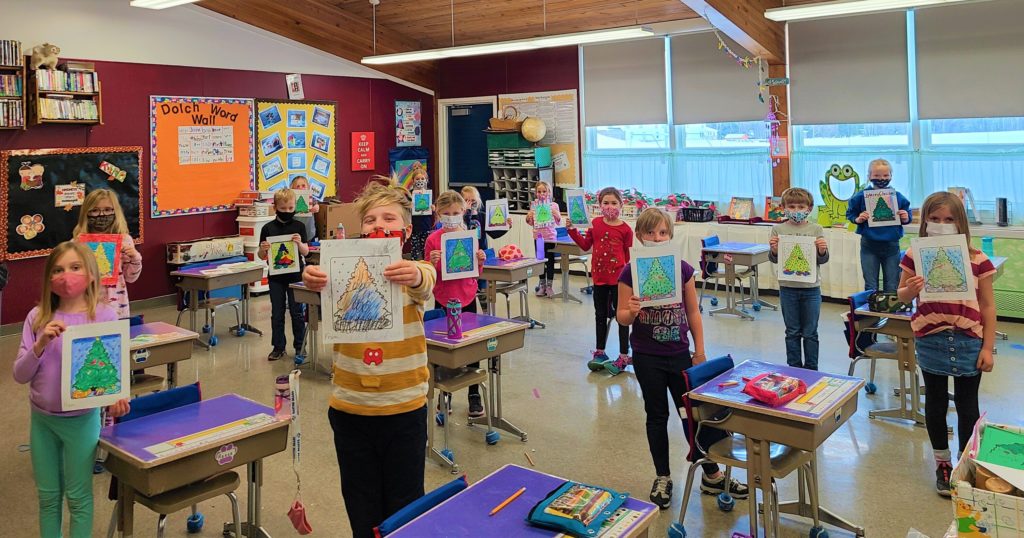 Meanwhile, students in Mrs. Lavway’s second grade class at Easton Elementary School adopted the tenants as “grandparents,” and each colored pictures for a tenant with their name and the tenant’s name on the paper.

One tenant, whose name the agency is not disclosing out of respect for their privacy, was moved to tears when she was given a picture with her name on it from one of the Easton second-graders. The same tenant then opted to give her gift card away.

The tenant said “I don’t need anything. I don’t wont for anything. I have all the food I need, and a warm place to live,” when given the card, which eventually found its way to a young person in the community who was able to purchase a much-needed winter coat, Cote said.

In addition to these contributions, another member of the leadership team helped arrange for a donation of blankets for each of the tenants by reaching out to Bobbi Guerrette, a 14-year-old student in Presque Isle.

It took Guerrette a little more than a week to make the blankets as individual gifts following an online fundraiser that helped her purchase the materials. Fifteen people “adopted” a resident through donating money for materials, and one donation came from a senior staff member at the agency.

The community response has been overwhelming, and that tenants could not be happier, Cote said.

“These tenants have had multiple days of joyfulness because of strangers who wanted to pay it forward and do something to brighten someone’s day,” Cote said.

Members of the Houlton Band of Maliseets will head to the ballot box in order to determine who will be elected as their new tribal chief.
Pets END_OF_DOCUMENT_TOKEN_TO_BE_REPLACED