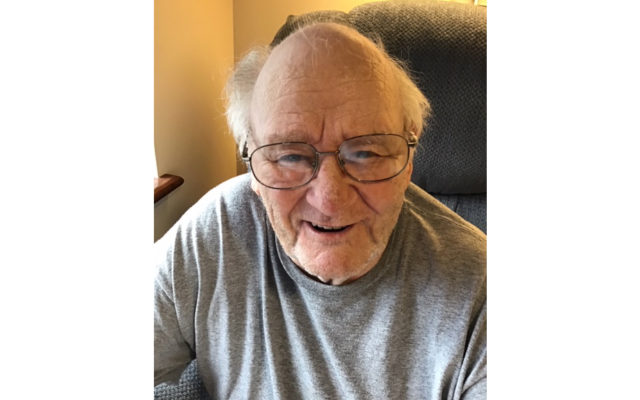 Contributed • January 9, 2021
Milo, Maine native Edward Ouellet, his parents and his large family of nine siblings moved a couple hours north to Ashland when Ed was 12. His parents, Alphonse and Avril, traveled often with the children, as they made a living with a hot dog stand that they brought to fairs and other events throughout the state.

Milo, Maine native Edward Ouellet, his parents and his large family of nine siblings moved a couple hours north to Ashland when Ed was 12. His parents, Alphonse and Avril, traveled often with the children, as they made a living with a hot dog stand that they brought to fairs and other events throughout the state.

The children were very much a part of the business.

Ed and his siblings took advantage of life in northern Maine and enjoyed skiing and fishing. Ed also loved to run, which became a lifelong passion.

As one can imagine, life with nine children could be a lot for any parent. An area school teacher lived nearby and so the Ouellette siblings spent much time with her.

After high school Ed worked in dense forests of northern Maine, cutting pulp, before enlisting in the U.S. Army. He was trained in radio communications while serving across the world in the Korean War. After the service, he married his hometown girl, Anna, in 1954 in Ashland. The couple wouldn’t settle down and have children until later, when Ed left the U.S. Army in 1955 as a sergeant. Anna was very proud of her new husband when she learned that he earned a Purple Heart and Bronze Star for his service in Korea.

Ed and Ana have four children, Brenda, Edward, Avril and Eva. They also have four grandchildren, and one great-grandchild.

After the service, Ed went back to work in the woods cutting pulp for Great Northern Paper Co. He also loved to fish, cross country ski and run. He ran the Boston Marathon 10 years in a row.

Ed considers his greatest accomplishment to be getting married to Anna and starting a family.

Now a resident at Maine Veterans’ Homes – Caribou, Edward Ouellet has been named Veteran of the Month for December. Thank you for your service, Ed.

Maine Veterans’ Homes is a nonprofit organization whose mission “caring for those who served” is at the forefront of all that we do. We operate six homes throughout the state where we care for veterans, their spouses and Gold Star parents. We opened our first home in Augusta and 1983 and went on to open locations in Bangor, Caribou, Machias, Scarborough and South Paris. We believe it’s a privilege and our responsibility to provide care and support for those who honorably served our country.

It was a freezing day across The County, but you could hardly tell from the turnout. Even after a massive surge in absentee ballot requests across the Central Aroostook area, droves of people came out to vote in Presque Isle, Mapleton, Washburn and Fort Fairfield.
Pets END_OF_DOCUMENT_TOKEN_TO_BE_REPLACED