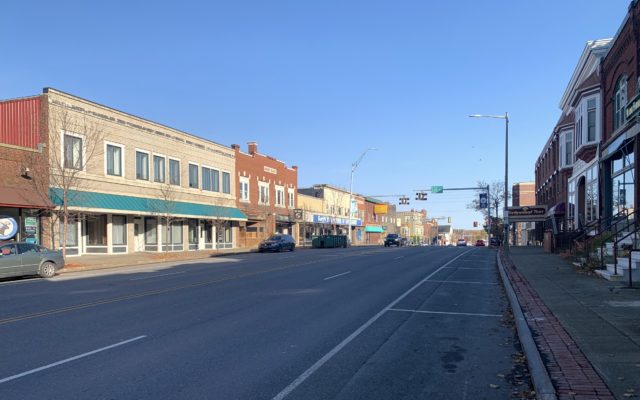 Melissa Lizotte • January 13, 2021
A new nonprofit organization is developing its mission to help turn the Star City into a major business growth hub that would allow current and future entrepreneurs to thrive.

PRESQUE ISLE, Maine — A new nonprofit organization is developing its mission to help turn the Star City into a major business growth hub that would allow current and future entrepreneurs to thrive.

Clint Deschene, former assistant superintendent of business for SAD 1, and a seven-member board are in the process of securing 501C3 nonprofit status for Ignite PI.

The organization plans to work closely with regional partners, including Northern Maine Development Commission and Aroostook Partnership, and Presque Isle’s economic development office to provide resources to people looking to start or expand business in The Star City.

“We want to complement those existing agencies while at the same time having our focus be on Presque Isle,” said Deschene, who said he resigned his SAD 1 post to become the director of community innovation for Ignite PI.

Within the next few months, Deschene said he and the board hope to find an office building to serve as the organization’s headquarters, including office space for him and future staff members, co-working office space for working professionals, entrepreneurial resources, and areas for business conferences, workshops and networking events.

The individual and group co-working sections, Deschene said, will be available through weekly, monthly or on-demand membership fees and provide office space for professionals who primarily work from home or otherwise do not have a separate office space for their services.

“Even if you work from home, sometimes going to a traditional office space helps you get more things done, even if it’s just a few hours a day,” Deschene said. “It’s also an option for folks travelling for business who need a place to work in.”

Ignite PI has received a $300,000 grant from the Rodney and Mary Barton Smith Family Foundation that is currently funding the development of the organization’s logo and other establishment costs. Deschene said Ignite PI plans to apply for other grants in the coming months to assist with the nonprofit’s development and in the future sustain itself through fundraising revenues, donations and membership fees.

While organizations such as Aroostook Partnership and Northern Maine Development Commission work on economic development and entrepreneurial support across Aroostook County, Deschene plans to help Presque Isle-based entrepreneurs start or expand their businesses and connect with services offered through local and regional entities. Resources for local entrepreneurs will include a business mentor program and free consultation services such as contract reviews and marketing plans.

“We want this to be a place where entrepreneurs can walk in and find the resources they need. We want to alleviate the stress and pressure that comes from starting a business,” Deschene said.

Presque Isle director of economic and community development Galen Weibley said, though his office has not yet begun discussions with Ignite PI on potential collaborations, he is open to pursuing future partnerships that would benefit Presque Isle area business owners.

“The city strives to forge collaborative partnerships with other economic and business development organizations such as Aroostook Partnership, NMDC, Central Aroostook Chamber of Commerce and New Ventures Maine. The PIDECD looks forward to potential partnerships with Ignite PI once they open their doors to the community,” Weibley said.

A Presque Isle native, Deschene served as the town managers for Bradford and Hermon and then as the city manager of Auburn before returning to work for SAD 1. According to the Bangor Daily News, while serving as manager for Hermon Deschene faced controversy after concerns over a transfer of city funds were raised among council members and residents.

In regards to his new business venture, Deschene said he hopes to help Presque Isle become a major business hub for the state of Maine and to help the city experience economic growth in the years following the COVID-19 pandemic.

“It’s been a tough year, especially for the service and hospitality industries, but those businesses are going to come back around and we want to help them do that,” Deschene said.

For the first time since 2019, there is competition for open seats on the Houlton Town Council
Pets END_OF_DOCUMENT_TOKEN_TO_BE_REPLACED