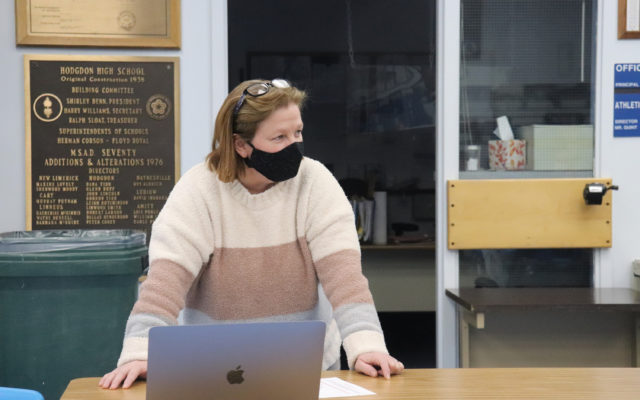 The formation of the team was pitched at the Feb. 8 school board meeting by Carmen Kimball, a technology integrator with the school who also teaches coding classes there. Students who play e-sports gain important life skills, as well as expanded career choices and potential scholarships, she said.

“It provides opportunities for careers, leadership, teamwork and of course digital citizenship,” Kimball said. “Part of the effort is to create teamwork strategies, where you maintain good sportsmanship for your community and your schools, and keep everything in check. I think that’s really important, especially in today’s culture.”

E-sports have exploded in popularity in recent years, with millions tuning in to watch competitions of sites such as the video game streaming service Twitch. High school e-sports in Maine, along with many other states, are organized through a system known as PlayVS, which has 13,000 registered players across more than 1,000 different schools in the United States.

Video games played in high school e-sports include Rocket League, a game resembling soccer with players driving in vehicles, and League of Legends, a fantasy game involving conquering the other team’s territory.

PlayVS also awards scholarships to students who compete in e-sports, with around $200,000 allocated for players in Maine, Kimball said.

Approximately 30 students had expressed interest in being part of an e-sports program at the school, she said. An e-sports team generally has five players and one substitute, but Kimball said the creation of multiple teams for each of the six video games played at the high school level was possible.

Like other high school sports, e-sports also require students to maintain a certain degree of academic achievement in order to be on a team, which Kimball said was a motivating factor for several students who expressed interest.

“We just sent an email asking if we had students who would be interested in playing on an e-sports team,” she said. “One student in particular wrote that the feeling of not fitting in or not being a part of something was large for kids who don’t play physical sports. And that [e-sports] would be a way for them to connect with other students, to fit in and feel like they belonged.”

Kimball said she is applying for a $25,000 lab grant to help buy computers to set up a gaming area for the school, and she expected to hear back sometime next week. She also expressed interest in serving as an interim coach until an experienced candidate could be found.

The school board voted to approve the creation of the e-sports team after her presentation, with a vote of 10-1. While Hodgdon is the first team in southern Aroostook to approve the sport, Caribou and Central Aroostook high schools have also signaled they intend to compete in the upcoming spring season.