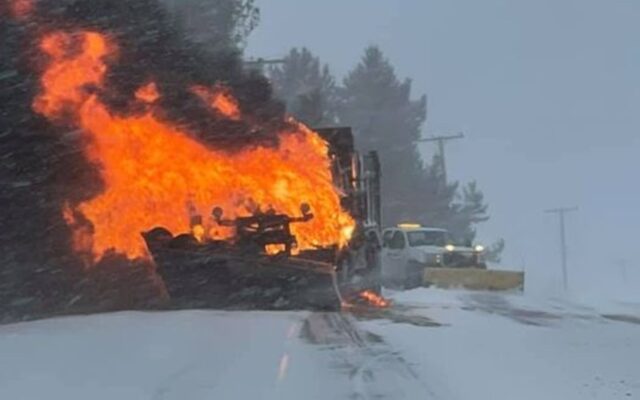 Melissa Lizotte • February 18, 2021
The town of Fort Fairfield will soon have a replacement for the plow truck that was recently lost in a fire, according to Public Works director Darren Hanson.

FORT FAIRFIELD, Maine — The town of Fort Fairfield will soon have a replacement for the plow truck that was recently lost in a fire, according to Public Works director Darren Hanson.

The town council has approved the purchase of a 2003 Volvo snowplow truck, which will replace the 2011 Freightliner truck that was a total loss after an electrical wiring failure led to a fire in early February.

Hanson said that the plow truck will cost $12,500 and will be paid for with funds that were previously appropriated to the Public Works department’s reserve account. Remaining funds from insurance for the truck, which was valued at $70,000, will be placed in that same reserve account.

After failing to find a truck that could be purchased without affecting the department’s budget, the Maine Department of Transportation contacted Fort Fairfield Public Works and offered to have them purchase the 2003 Volvo through the Maine Surplus Property program.

“[The new truck] will be a welcomed and much needed replacement to the unit we lost in the fire,” Hanson said. “We expect the truck to arrive early next week and it should be ready to plow within the next two weeks.”