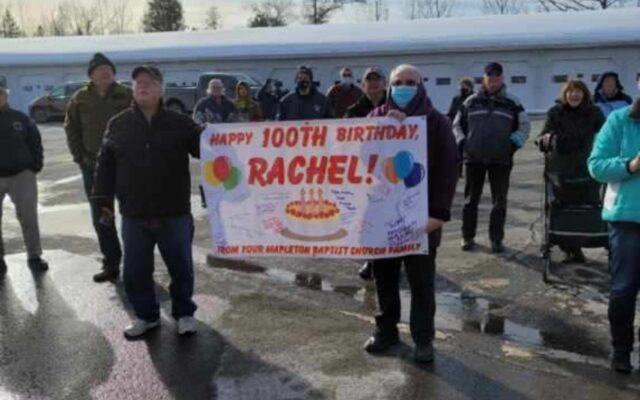 Former teacher reflects on a century of Aroostook County experiences

Melissa Lizotte • February 22, 2021
Rachel Burden, a resident of Leisure Village in Presque Isle, celebrated her 100th birthday on Feb. 18 by doing what she loves best -- spending time with family and sharing stories that span from her childhood to her post-retirement days as a locally published writer.

PRESQUE ISLE, Maine — Rachel Burden, a resident of Leisure Village in Presque Isle, celebrated her 100th birthday on Feb. 18 by doing what she loves best — spending time with family and sharing stories that span from her childhood to her post-retirement days as a locally published writer.

Though the pandemic made a large indoor gathering impossible, Burden’s birthday still was filled with the joy of seeing family and friends. That afternoon, folks from the Mapleton Baptist Church stood outside with a banner that said “Happy 100th Birthday, Rachel,” as they sang “Happy Birthday.” 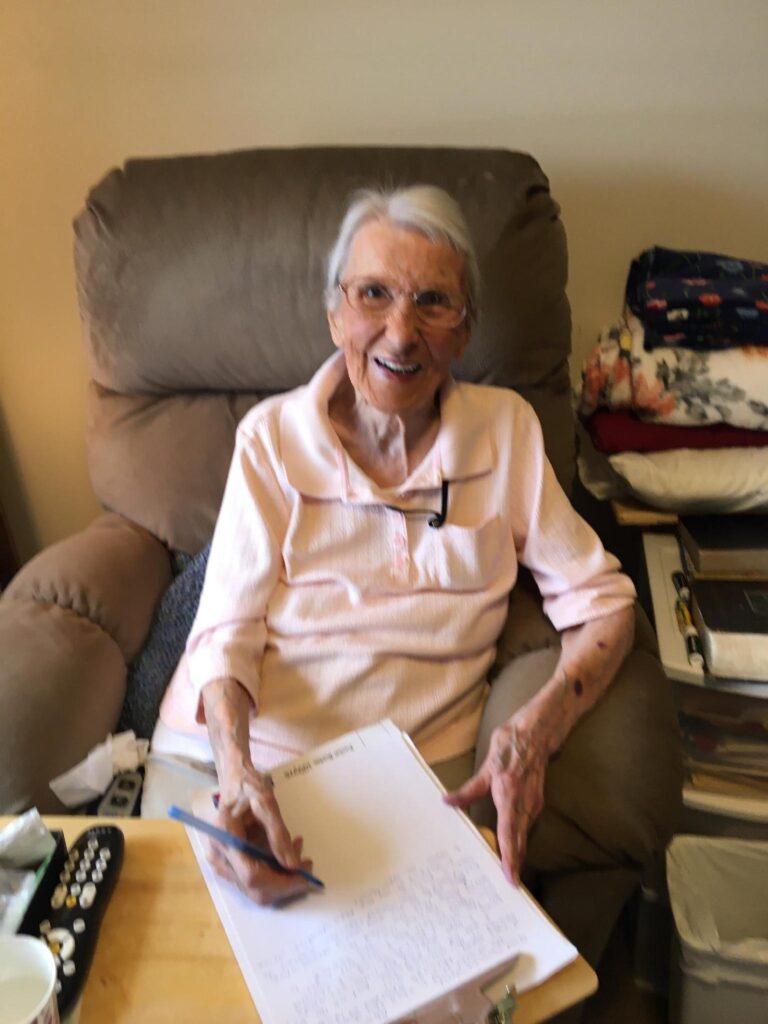 She also received visits from her daughters Kathryn Burden Crowell of Ulysses, Pennsylvania, and Presque Isle, and Cheryl Martin of Caribou, and her son Stephen Burden of New Sweden.

For Crowell, the celebration was a fitting one for a mother who has always cared for her family and others close to her.

“She’s someone who has always kept herself busy. When she had a vegetable garden, she would share what she grew with the neighbors before she canned vegetables for the winter,” Crowell said.

Even with the changes that recent events have brought about, for Burden nothing compares to living through the Great Depression in Aroostook County as a young child. Born in 1921 in West Chapman, Burden lived with her parents, Ray and Hazel Higgins, four siblings and four step-siblings in Mapleton.

“Those were hard years [during the Depression]. For us, a penny was a great birthday gift. If we’d been given a quarter, that probably would have overwhelmed us,” Burden said, about her and her siblings.

Ray Higgins worked as a potato farmer while Hazel Higgins was a piano teacher. Burden remembers her parents teaching their children about maintaining a strong work ethic and faith even during the most difficult times.

“We always had 11 people around the table between us, my parents and my grandmother. We prayed and read the Bible every morning. Church was a very important part of our life,” Burden said.

For Burden, a love of reading and writing would later inspire her to become a teacher. She attended the Aroostook State Normal School — now the University of Maine at Presque Isle — from 1939 to 1942. Throughout her teaching career, Burden taught in York Beach, Machias, Mapleton, Calais and Presque Isle.

Teaching is a profession that ended up running in Burden’s own family. Her husband, the late Frederick Burden, served as a principal at schools in Mapleton, Calais and Caribou and their three children all became teachers.

Burden’s final teaching position was at the Presque Isle Training School, the former elementary school for the city that was located on Academy Street. She retired in the 1970s to care for her father after her mother died.

Burden recalled that the best compliment she ever received as a teacher came from a second grade student shortly after she retired.

“There was a little boy who said, ‘I’ll give her one more day. If she quits and doesn’t come back, then I’m quitting,'” Burden said. “I was teaching second grade and had left halfway through the school year.”

In recent years, Burden has spent more time writing down various stories about her family, her college and teaching years and living in Aroostook County. She has seen many of those stories published in three collections from the Leisure Village Writers, a group of residents at Leisure Village who, prior to the pandemic, met with one another to share stories they had written.

“My father lived into his late 90s and I had a great-grandmother who lived to be 99 and a half,” Burden said. “So I think it’s in our genes to live long.”

Like her father, Burden credits her long, healthy life to the faith and values that her family instilled in her while growing up in Aroostook County.

“He had a hard life but he was an optimist. He wanted us to be optimistic and to put our faith in God,” Burden said.