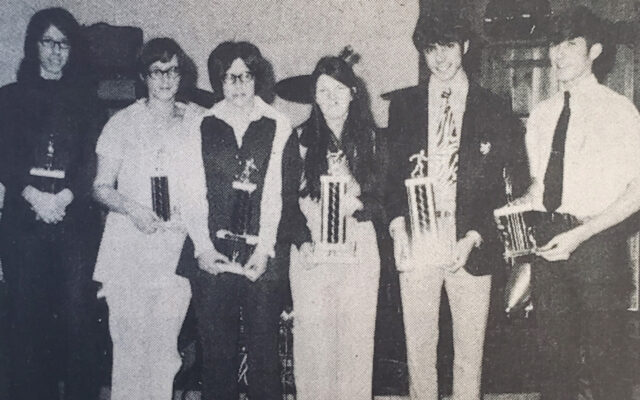 Yvonne Tardie • March 3, 2021
75 Years Ago -   Feb. 28, 1946 New hospital director -- L. H. Alline, president of the Presque Isle General Hospital, announced today the appointment by the Board of Trustees, Fred J. Loase, as administrator of the hospital.

New hospital director — L. H. Alline, president of the Presque Isle General Hospital, announced today the appointment by the Board of Trustees, Fred J. Loase, as administrator of the hospital.

Mr. Loase came to Presque Isle from his home in White Plains, N.Y. Trained as an accountant in his early days, he entered the hospital field as administrator of Flown Hospital, New York City, and continued for a period of seven years. He accepted an appointment in like position in the Greenwich Hospital in Connecticut, continuing for a period of 14 years. In 1942, he accepted an appointment as administrator for the Manhattan Eye Ear & Throat Hospital in New York City to relieve the administrator there from entering the armed forces.

Promoted in Japan — With the Eighth Army in Oita, Japan, Willard L. Richards, whose wife, Mildred, lived in Presque Isle, was promoted from Corporal to T/4. He was stationed with his unit, the 120th Field Artillery Battalion in the city of Oita on Kyushu in Southern Japan. Entering the Army on Feb. 8, 1945, Sgt. Richards received training at Camp Gordon, Georgia, and embarked for overseas duty on August 20. His unit was part of Brigadier General Robert B. McBride’s 32d (Red Arrow)  Infantry Division.

Local store named ‘Store of the month’ — Graves Shop ‘n Save in Presque Isle, operated by Robert Graves, was selected store of the month in an issue of a national trade publication. The store, which opened about a year prior at the new shopping center on Route 1, was featured in the January issue of Progressive Grocer. The store is owned by Graves Red and White, Inc., a company comprised of Bob Graves and his two brothers, Don and Vincent, who each run a store of their own in different communities.

Johnston named local mercantile office head — Merle Johnston of Fort Fairfield was named manager of the New York Mercantile Exchange Information Office at Presque Isle. Leo Daigle, retired manager, continued as a consultant to the New York Mercantile Exchange. Johnston, who represented Fort Fairfield and Easton in the state Legislature during the 104th session, had been prominent in potato circles since becoming a grower in 1950. He was serving as president of the Aroostook Federation of Farmers and president of the Maine Potato Shippers Heater Service. He was also acting president of the Maine Sugar Beet Association.