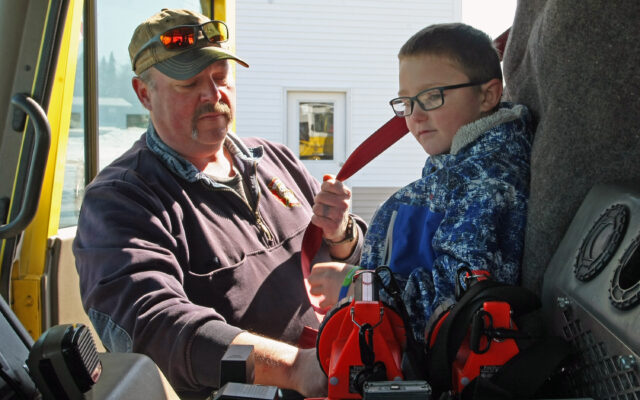 Joseph Cyr • March 29, 2021
A Linneus youth received a special visit from his local fire department March 20 as part of the Make-a-Wish program.

LINNEUS, Maine — A Linneus youth received a special visit from his local fire department March 20 as part of the Make-a-Wish program.

Ace Godfrin, the 7-year-old son of Elizabeth Scott of Linneus and Shane Godfrin of Houlton, was diagnosed with aplastic anemia, a condition that occurs when one’s body stops producing enough new blood cells, when he was just 4 years old.

The condition leaves a person fatigued and more prone to infections and uncontrolled bleeding, according to his mother.

“We are very fortunate as he no longer has any restrictions,” she said. “We had to be in Boston for over a year. He used to have transfusions twice a week in Boston. So he’s been through a lot.”

Like many 7-year-olds, Godfrin has a love of fire trucks and other large vehicles and is a big-time fan of super eroes — particularly “Hulk” and “Flash.” One of his gifts included a poster created with his face imprinted on the body of Flash. 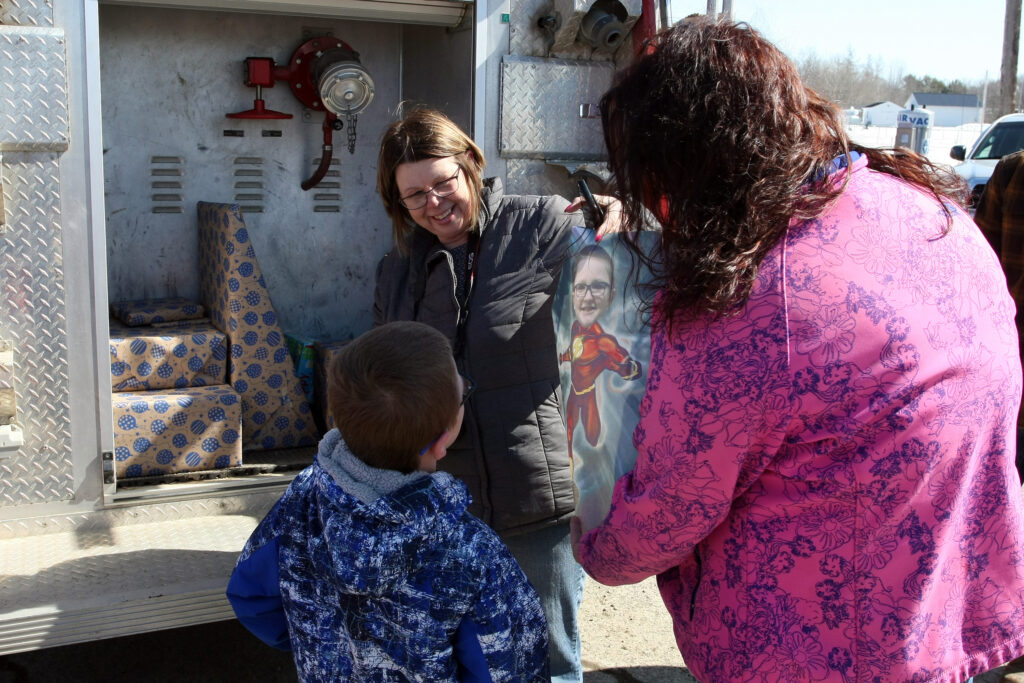 Tammy Scott (back) and Elizabeth Scott hold up a poster of Ace Godfrin as “The Flash” which was one of several gifts presented to the youth through the Make-A-Wish program. He is the son of Elizabeth Scott of Linneus and Shane Godfrin of Houlton. (Joseph Cyr | Houlton Pioneer Times)

Because COVID-19 has put a damper on many of the traditional wishes a youth might have, instead of traveling to a destination, Godfrin wished for a virtual shopping experience so he could share it with his siblings.

His virtual shopping experience included a number of remote control cars, so he could race with his brothers, Dustin Scott and Abel Godfrin. He has two other siblings, Harper and Hailey Godfrin.

As part of his special day, Godfrin was named an “honorary firefighter” and given a child’s helmet and enjoyed a drive around the community inside one of the fire trucks. 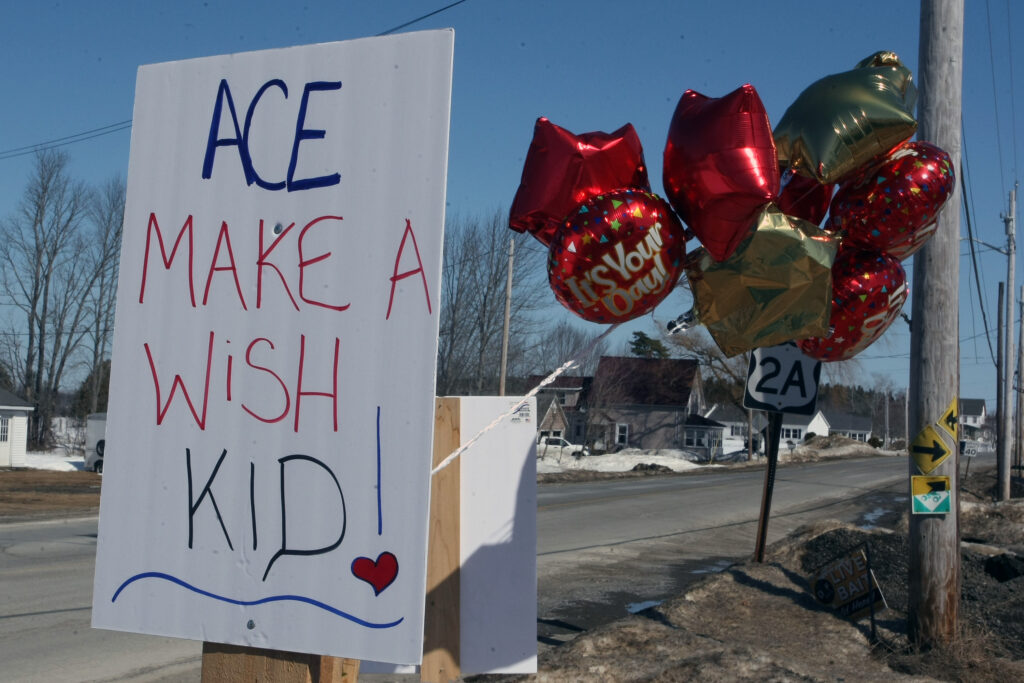 “My daughter had the pleasure of baby sitting Ace when he was younger,” Linneus Fire Chief Mark Ganzel said. “He has had quite a battle. He has always been fascinated with fire trucks, ambulances and police cars. We were honored to be asked to be a part of this event.”

“The family reached out to us and asked if we [Linneus Fire Department] would deliver the presents for him,” Firefighter Brent Estabrook said. “It’s a great thing to do for the youngster and we are grateful that he is doing fine right now. We were more than happy to be involved.”

Godfrin had a similar event in Houlton Saturday, March 27, with his father to receive the second half of gifts presented by the Houlton Police Department.