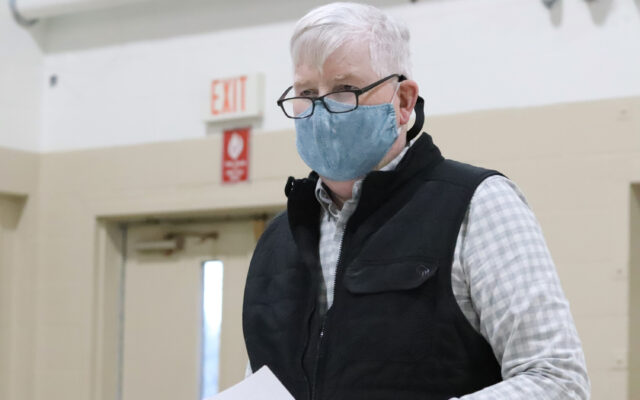 Alexander MacDougall • March 30, 2021
Town representatives from across southern Aroostook met in the gym of the Mill Pond Elementary School in Hodgdon on Monday, March 29, to discuss the prospects of forming their own ambulance service.

HODGDON, Maine — Town representatives from across southern Aroostook met in the gym of the Mill Pond Elementary School in Hodgdon on Monday, March 29, to discuss the prospects of forming their own ambulance service.

The towns have been exploring the possibility ever since Houlton announced it was raising its ambulance service rates to $74 per capita from $16 per capita in 2020, a dramatic increase which adds tens of thousands of dollars to the other towns’ budgets.

While some southern Aroostook towns, such as Oakfield, have decided to go with the increased budget for this year, other towns, such as Hodgdon, are holding out until their own annual town meetings to see if they can come up with any alternatives to paying the increased price, according to Hodgdon Town Manager Jim Griffin.

“All the towns, except for Oakfield I believe, have sent me a letter of intent that they want to look at a proposal,” Griffin said. “So we’ve been putting together a budget, and trying to get a budget to go to them and say, if you want a regional organization, this is what we can do for you.”

At the March 29 meeting, representatives from Hodgdon, Littleton, Ludlow, Monticello, Linneus and Merrill discussed what the budget of a proposed new ambulance service would look like. A spreadsheet distributed to all representatives put the estimated preliminary ambulance budget at $629,000, with an estimated income at $327,000. Combined with additional operational costs, the total cost per capita was $72, slightly below the new rate established by Houlton’s ambulance service.

Griffin warned that starting a new ambulance service did contain risks of cost overruns, but also that funding for the new service could come from grants and money from the recent stimulus package passed in Congress. Island Falls, a southern Aroostook town that already has its own ambulance service, has received such grants in the past.

“There’s grants out there if we can go after them,” Griffin said. “Anything we can pick up is that much less we have to buy or purchase.”

The representatives also discussed any possibility of doing a kind of public hearing before any decisions were made, in order to make sure residents of each of the towns had a say before approving a new ambulance service.

“I personally would be in favor of some form of public outreach or public information,” said Dan Hiebert, who represented Ludlow at the meeting. “There’s people in every one of these 13 towns that is looking for this information. Not a lot, but there are enough.”