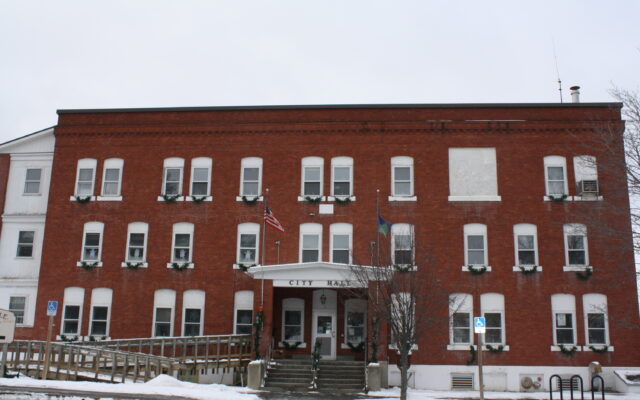 Kathleen Phalen Tomaselli • April 2, 2021
Upgrades to Presque Isle City Hall are a priority for city leaders. And after several planning workshops this year, department heads agreed that renovations to the aging structure are the most important.

PRESQUE ISLE, Maine — Upgrades to Presque Isle City Hall are a priority for city leaders. And after several planning workshops this year, department heads agreed that renovations to the aging structure are the most important.

“This is the third time we talked about it, and now we need action items to move forward,” City Manager Martin Puckett said.

There are workflow issues on the first floor, the building needs ramps to make it ADA accessible, weatherproofing for windows and an HVAC system, Puckett said.

In a March 26 memo to the City Council, the City Hall Renovation Committee concluded there are two options in moving forward: Renovate the existing structure or build new.

“The committee opinion has been solidified that both solutions have their merits and are equally viable for the needs of the city,” the committee wrote. “At this point the remaining deciding factor is cost.”

If the council decides to build a new structure it would cost between $2.25 million and $2.5 million, with a 60-to-70-year expected life; or about $1 million, to extend the life of the existing building for about 30 years, the committee said.

The issue is on the April 7 City Council meeting agenda and the renovation committee has posed several points for the council to consider:

— A good faith effort to find a suitable existing location has failed.

— A good faith effort to find a suitable new location has failed.

— Will there be a need for City Hall as we know it in the future?

Other items at the top of the city’s to-do list include, city-wide internet, continuing to support and expand regionalization efforts, airport marketing returning to pre-COVID-19 number of flights and bookings, create outdoor programs for families and adults, encourage ATV/Snowmobile Club to enhance trail signage on trails and bridge, build on modernization of City Hall technology and complete the Echo Lake septic system redesign.

“We are now looking at ways to reach these goals,” Puckett said. “To decide our pathway forward.”