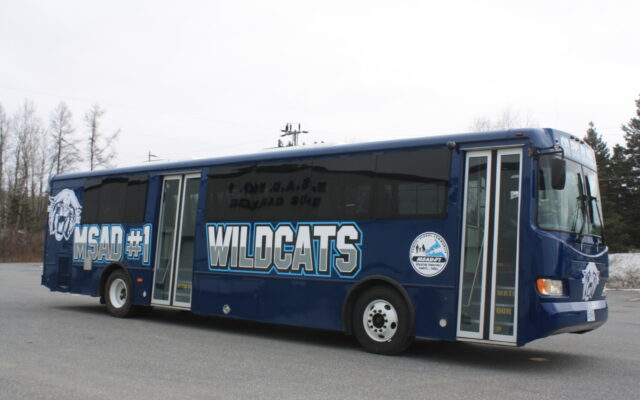 Smith had been one of the original financial donors to the PI Loop project, which sought to create a fixed bus loop throughout the city.

The Presque Isle-based Cushman and Sons, Inc. redesigned the interior of the bus to include 35 individual seats, with storage spaces below, rather than the previous bench-like seats of the public transportation bus. The exterior of the bus is painted dark blue and features the Wildcats logo on both sides. 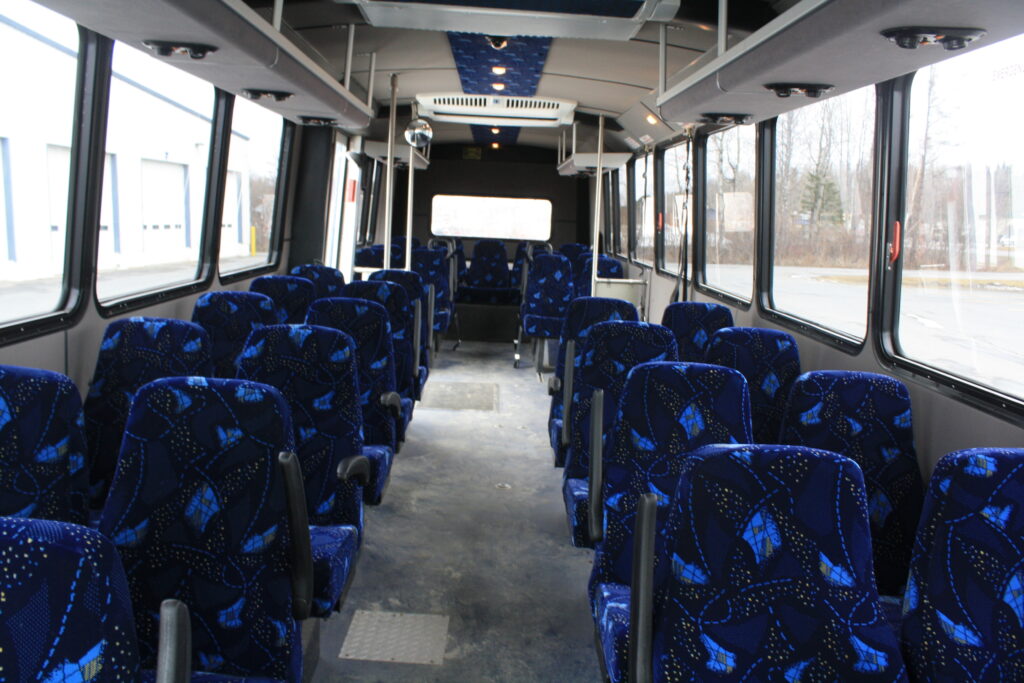 SAD 1’s new Wildcats bus has been transformed inside and out from the public-seating style used when the bus served the PI Loop. (Melissa Lizotte | The Star Herald)

SAD 1 Superintendent Ben Greenlaw said that the bus is operating at 50 percent capacity due to COVID-19-related restrictions and has only been used for athletic trips locally.

“After the pandemic, we’ll use the bus for our Aroostook County and away games and for student club field trips,” Greenlaw said.

He noted that the district, especially students, are grateful to Smith for her generosity and for having a bus dedicated to their Wildcats pride.

“It has become a source of pride for our school community,” Greenlaw said, about the bus. “The students have been very excited to ride the bus. It makes them feel special and it looks good when they’re riding down the road.”