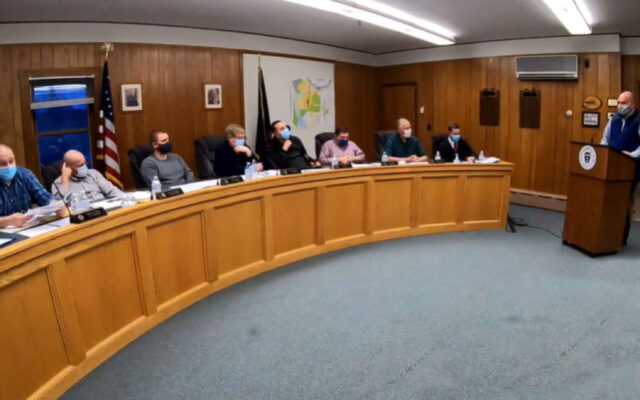 “We have been working with Ignite PI, with their leadership, about this project,” City Manager Martin Puckett said Wednesday night during the regular city council meeting in City Hall. “Pretty interesting, pretty exciting … we have been, through the economic development department, reviewing this [community block grant] application and we feel pretty positive about its success and we’d like to move forward with this application.”

Ignite PI was created about 100 days ago with the mission of supporting the growth and development of Presque Isle’s downtown. First on tap for the soon-to-be not-for-profit, pending government approval, is the purchase of the Northeastland Hotel and creating co-work space within the existing hotel. Ignite PI will also operate the hotel and a hotel restaurant.

“If we’ve learned anything from the pandemic, more and more people are fleeing to the outskirts and we need to give them state of the art premiere co-work space,” Clint Deschene, Ignite PI director of community innovation, said during the city council meeting. “That’s actually just our starting point. We have loftier goals down the road, but we’ll start with being the entrepreneurial hub for Maine.”

With about $180,000 from pledges and cash donations collected in the past three weeks, Ignite PI has been raising funds at a fast pace. As Deschene explained, they need the financial support for the hotel purchase, its renovation and furnishings for the co-work spaces. And if approved, the city’s block grant would go into the pool of money needed for this aspect of their project.

There has been some community confusion about the hotel not paying personal property taxes, but that is not accurate, Deschene said.

“We’ve adopted a model where we are going to own and operate the Northeastland Hotel. We will be 100 percent tax-paying entity even though we will be a not-for-profit,” he said. “We feel that any good community development agency should not be removing assets from the tax rolls, but actually putting money back into the community. We’re looking forward to our improvements moving you forward toward your goals to renovating your downtown.”

“Clint, I just wanted to say that I am very impressed … you’re still paying 100 percent of your property tax,” Cyr said. “That makes me want to support you more.”

A public hearing on Ignite PI’s Community Development Block Grant application is slated for 6 p.m. Wednesday, May 5, in City Hall.