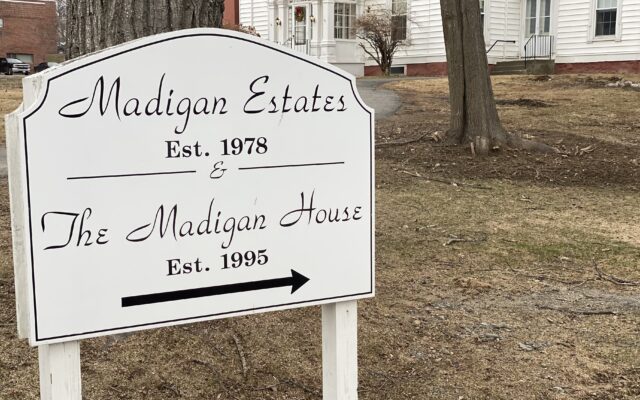 Alexander MacDougall • April 12, 2021
A Houlton nursing home that closed its doors to visitors last week after one employee tested positive for COVID-19 will remain closed for the time being as four more employees may also have contracted the virus.

HOULTON, Maine — A Houlton nursing home that closed its doors to visitors last week after one employee tested positive for COVID-19 will remain closed for the time being as four more employees may also have contracted the virus.

Madigan Estates closed its doors to indoor visitation on Tuesday, April 6 ,after it was found that a staff member at Madigan had tested positive for COVID-19. The employee contracted the virus while traveling outside of Houlton, administrator Jim Brown said, and had not worked at the nursing home since the exposure.

But the employee who tested positive had been in contact with another staff member who worked at the nursing home since the contact, prompting the closure and requiring all staff members to be tested.

“It may be a little overreaction on our behalf, but we feel it’s the right thing to do,” Brown said regarding the testing. “Any type of concern, we evaluate the situation, cover all of our bases and make sure we take every precaution available.”

Further testing of Madigan Estates employees found that at least three are now confirmed to be positive for COVID-19.

“We have three confirmed [positive] employees and two suspected positive employees,” according to a Saturday morning social media post by Madigan Estates. “The first employee that was positive had not been in the facility after her exposure and [is]highly unlikely related to the other four.”

As of test results that took place through Thursday, April 8, no residents of the facility were positive for COVID-19.

The employees confirmed positive with the virus were “not seriously ill,” as of the Saturday social media post.

Madigan Estates is still awaiting the results of 20 tests that were sent out on Friday.

“We expect two of them to be positive, confirming our rapid testing,” the post said. “This is great news but we will need at least another round of testing next week to confirm.”

While such an exposure may have raised alarm bells several months earlier, Madigan residents and their loved ones can rest easier knowing that most of the residential population and staff members have received vaccine doses, protecting them from the worst of COVID-19 symptoms.

“It’s a tremendous difference from what we’ve faced in the past,” Brown said. “Once we get all our test results back from our employees, assuming they’re all negative, we’ll be able to open back up.”

While positive COVID-19 cases are overall lower in Maine and Aroostook County since the peak in January thanks to growing availability of vaccine doses, several cases still persist in the area and have been rising in recent days.  A recent outbreak at Aroostook County Jail in Houlton has resulted in eight total positive cases, according to Maine CDC spokesman Robert Long. As of April 12, there were 96 active cases estimated throughout Aroostook.

As of Monday, April 12, the CDC had yet to declare an outbreak investigation at Madigan, according to Long.

Members of the Houlton Band of Maliseets will head to the ballot box in order to determine who will be elected as their new tribal chief.
Pets END_OF_DOCUMENT_TOKEN_TO_BE_REPLACED
7 days ago