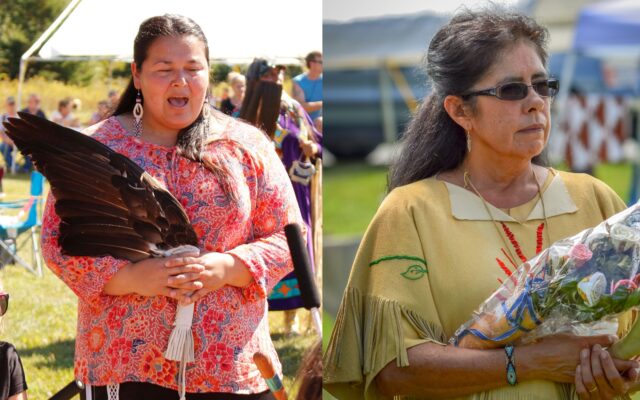 Alexander MacDougall • April 19, 2021
Members of the Houlton Band of Maliseets will head to the ballot box in order to determine who will be elected as their new tribal chief.

HOULTON, Maine — Members of the Houlton Band of Maliseets will head to the ballot box in order to determine who will be elected as their new tribal chief.

The candidates for election are facing off in a rematch of the 2017 election, when Clarissa Sabattis unseated longtime Maliseet Chief Brenda Commander in a closely called contest. Now, Commander is the challenger in the election, with Sabbatis running as the incumbent.

Several issues are affecting the Maliseets, such as the ongoing COVID-19 pandemic, mental health services and the possibility of bringing a casino in Houlton.

One of the most important issues for Maliseets is trying to negotiate changes pertaining to the Maine Indian Claims Settlement Act of 1980. The act prevents Maine tribes from many of the autonomies given to other tribes in the country by the federal government. An alteration to the act would be required for the tribe to build a casino on Maliseet land.

While Commander declined to respond to any inquiries regarding her political platform, she is looking to unseat Sabattis to return to her former position. Signs placed throughout Houlton, such as on Market Square and along Route 1, say “Re-Elect Brenda Commander” —  although it is Sabattis who is the incumbent in this election.

Sabattis has shared a letter detailing her various accomplishments since taking the helm of the tribe in 2017, along with what she plans to do if re-elected chief. A registered nurse, Sabbatis wrote that the COVID-19 remained a continued priority.

“Our Tribe has responded quickly to ever-changing needs under my leadership, such as food, financial assistance, testing and  vaccines,” she wrote. “The pandemic is not over, and at this point, a change in leadership would be detrimental to our Tribe and our people.”

In the letter, Sabattis laid out some of her key priorities, which she said were similar to the platform she ran on in 2017. This included programs for both elders and youth, access to mental health services and promoting Maliseet culture.

In an interview, Sabattis went into further detail regarding the tribe’s efforts toward a casino. Proposed legislation would allow Maine tribes to adopt some parts of the 1988 Indian Gaming Regulatory Act, which would allow the tribe to negotiate directly with the state for the building of a casino.

“We just had a meeting with the governor’s attorneys and legislative adviser, and we’re continuing to work on that language,” she said. “We’ve got land that would be perfect and I think that it has the potential to be an economic engine for Aroostook County.”

The election will be held April 24 at the Rollerama skating rink, located on North Street in Houlton.

Correction: A previous version of this story misspelled the name of one of the candidates. It is Clarissa Sabattis.

Recently we took in a cat named Joe. He is a very sweet cat with a multitude of problems. He was rescued from the streets here in town, but Joe turned out to be a very sick kitty and was surrendered to The Ark because the resources were not there to help him.
What's Happening This Week END_OF_DOCUMENT_TOKEN_TO_BE_REPLACED