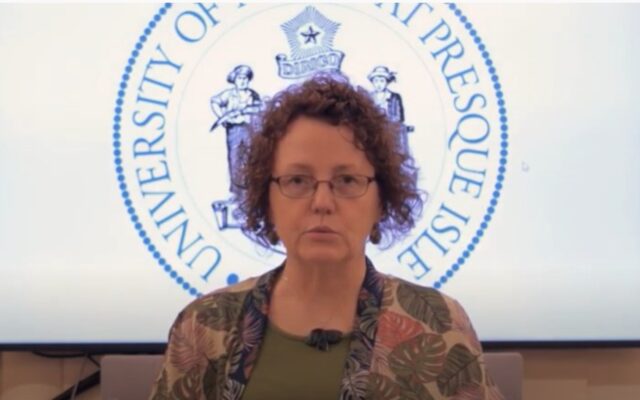 Melissa Lizotte • May 9, 2021
PRESQUE ISLE, Maine -- The University of Maine at Presque Isle celebrated its graduates virtually for the second time with a prerecorded video ceremony on May 8.

PRESQUE ISLE, Maine — The University of Maine at Presque Isle celebrated its graduates virtually for the second time with a prerecorded video ceremony on May 8.

Throughout the university 112th commencement, UMPI president Ray Rice invited students to take part in traditional aspects of graduation from their home, such as the turning of their tassels and throwing their caps into the air after receiving their degrees. 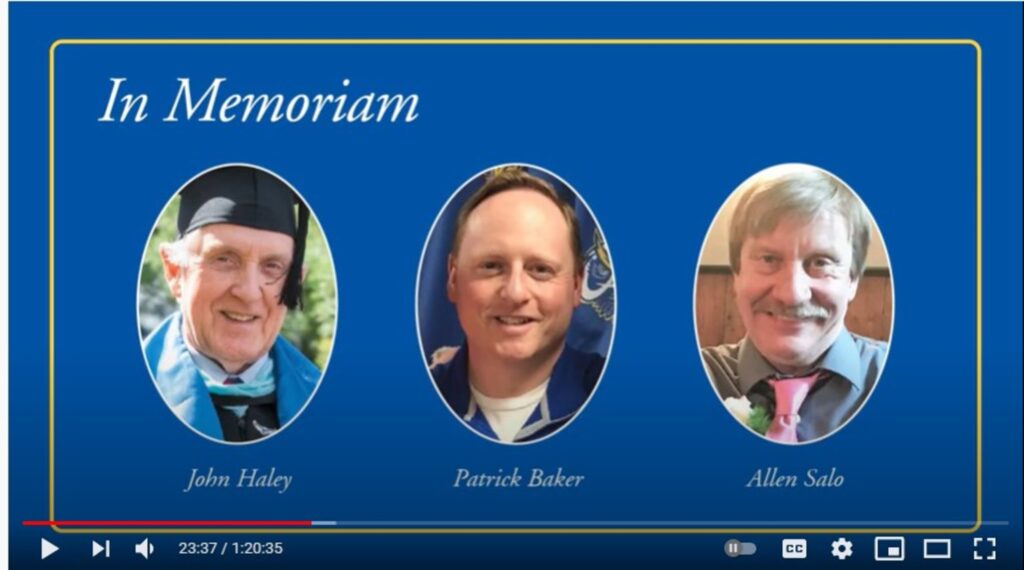 During virtual commencement, UMPI paid tribute to faculty and staff members John Haley (left), Patrick Baker and Allen Salo, all of whom passed away in 2020. (Courtesy of University of Maine at Presque Isle)

In his address to the Class of 2021, Rice acknowledged how the pandemic disrupted their education since March 2020. Throughout the past year, he said, students have also experienced the loss of beloved faculty and staff members and witnessed political divisions, social justice protests and a riot’s threat to the peaceful transfer of presidential power.

During all of the medical and social upheaval, Rice noted, UMPI graduates remained focused on their education and the positive impacts they hope to make on the world.

“You have demonstrated not only remarkable resilience and tenacity but also an essential willingness to serve as role models — not for just one another but for your communities and our nation,” Rice said. 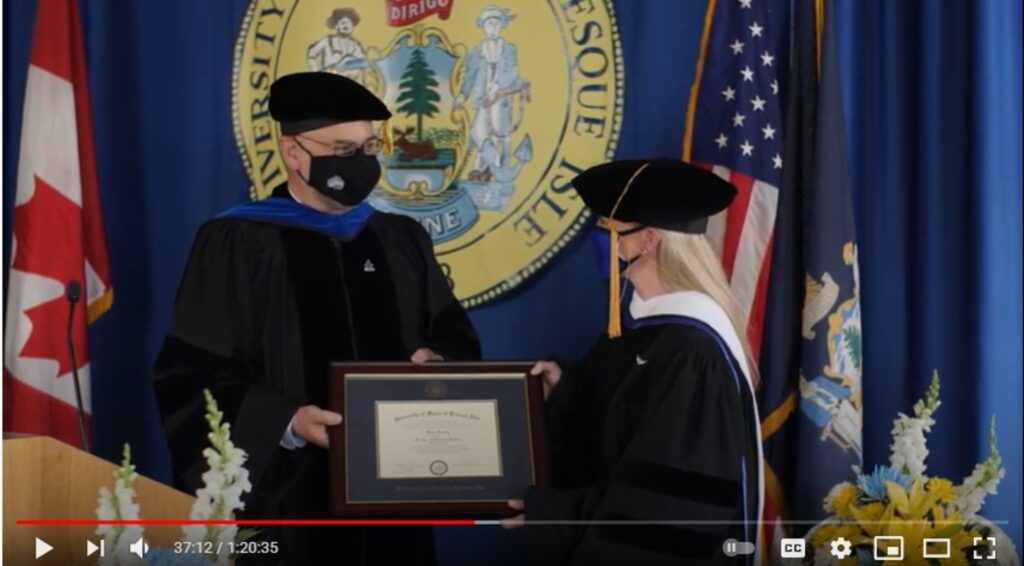 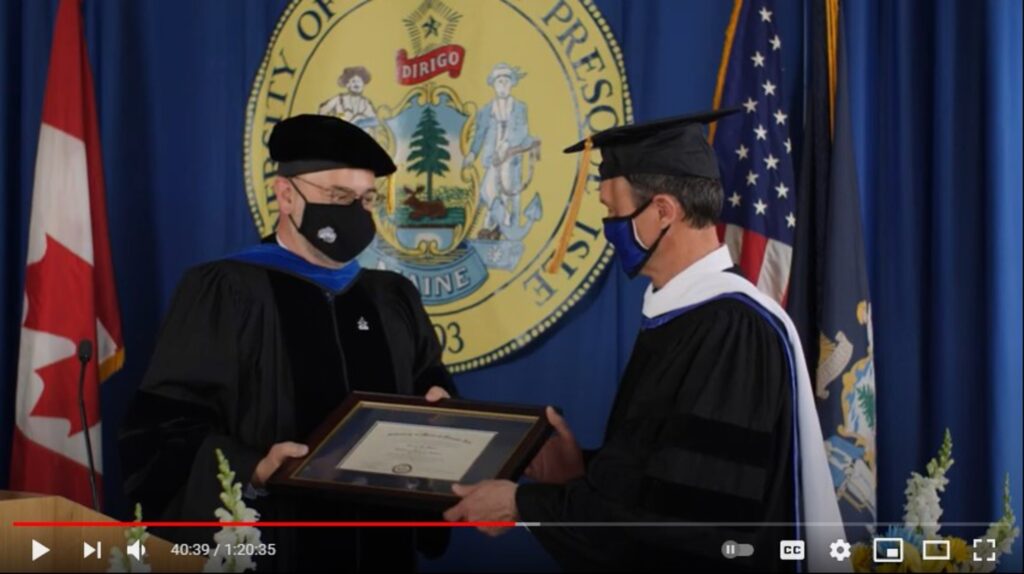 Doody earned her nursing degree from UMPI in 1983 and went on to serve in various roles at Cary, including as a registered nurse, director of surgical services and chief operation officer, before becoming CEO. In her speech, she credited her parents for teaching her and her seven siblings to be caring and compassionate and to value “honesty and integrity.”

“Never forget who you are, where you’re from and the importance of family, friends and role models,” Doody said to the graduates.. “My parents always emphasized the importance of gratitude. If we are grateful, we can and will achieve more.”

As graduates move forward in their careers, Doody stated, they should work to develop strong, positive relationships with people in their communities.

“Strive to make your own connections. Volunteer, join a board and serve your community,” Doody said. “The many relationships my parents built were because of their welcoming and warm natures. They were always kind.” 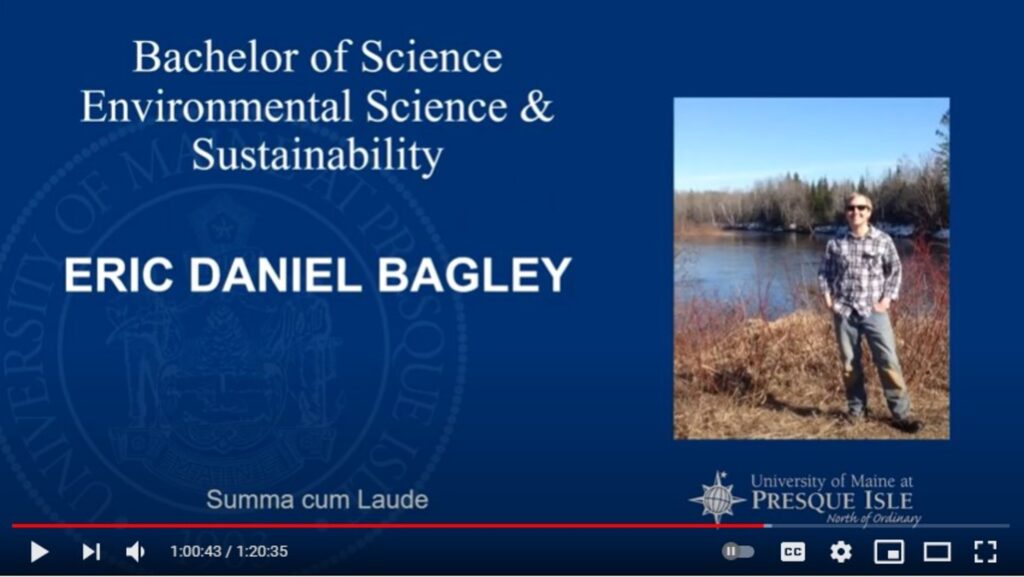 A photo of UMPI environmental science graduate Eric Daniel Bagley is shown onscreen during the virtual commencement ceremony. (Courtesy of University of Maine at Presque Isle) 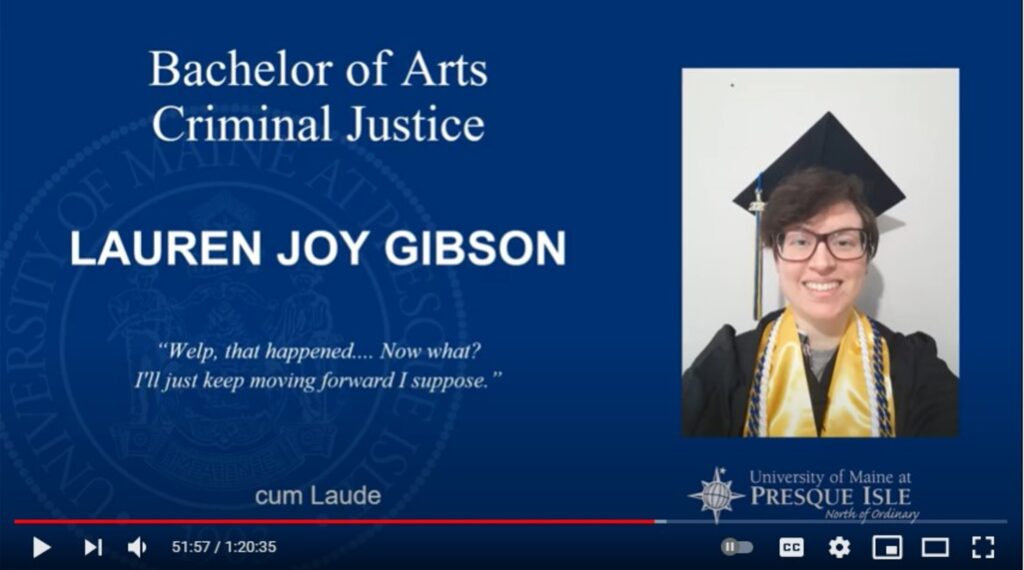 A photo of UMPI criminal justice graduate Lauren Joy Gibson is displayed onscreen during the virtual commencement ceremony. (Courtesy of University of Maine at Presque Isle)

The journeys of UMPI graduates most likely will involve adversity, noted student speaker Deborah MacCallum Klane. After earning her associate’s degree in 1990, Klane planned to earn her bachelor’s degree while raising her family.

But life brought her onto a different path when her oldest son suffered trauma during childbirth, resulting in lifelong chronic illness and physical disabilities.

Nearly 20 years later, Klane saw her opportunity to re-enter school when she learned of UMPI’s online YourPace program, which allows students to use real-life work experiences as academic credits towards a bachelor’s degree.

“Returning to college late in life — all via computer and not in a classroom — took some getting used to,” Klane said. “But I made up my mind that if I was going to do this, I would make the most of the opportunity.”

Despite challenging coursework, a full-time job and taking care of her son, Klane has finally earned her bachelor’s degree in business administration with a concentration in leadership management. She encouraged her fellow graduates to work towards their goals with positivity and not become bitter about lost opportunities.

“I encourage you to always give 110 percent [to your goals], practice kindness and find the positives,” Klane said. “Life truly is what you make it.”

Members of the Houlton Band of Maliseets will head to the ballot box in order to determine who will be elected as their new tribal chief.
Pets END_OF_DOCUMENT_TOKEN_TO_BE_REPLACED