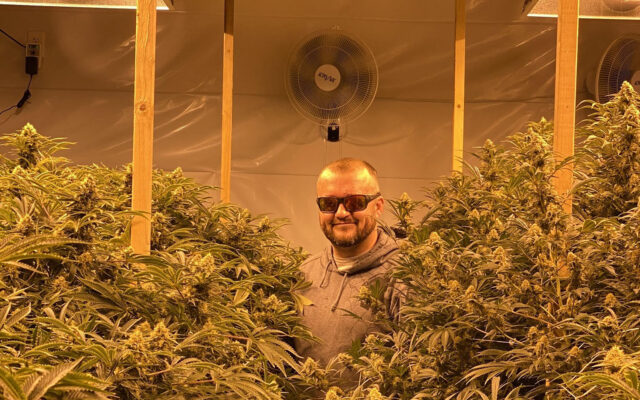 Kathleen Phalen Tomaselli • May 10, 2021
It’s a new day for Presque Isle over-21 weed imbibers, who can now just show a government issued ID, like a driver’s license, to legally purchase up to 2.5 ounces per day of cannabis flowers at the just opened Full Bloom Cannabis on Main Street.

PRESQUE ISLE, Maine — It’s a new day for Presque Isle over-21 weed imbibers, who can now just show a government issued ID, like a driver’s license, to legally purchase up to 2.5 ounces per day of cannabis flowers at the just opened Full Bloom Cannabis on Main Street.

And Monday’s 10 a.m. opening was going well, Rusnack said, adding they have specially trained sales representatives who have also worked in their Grand Isle manufacturing facility to make sure they are educated in all phases of cannabis growth and manufacturing.

Some seasoned customers come in and ask for something specific, like, “show me the bud,” while others, often cannabis neophytes, who are much more timid.

“Sales reps are always willing to help customers,” Rusnack said. “The key is in determining who needs help.”

Full Bloom offers several cannabis options, indica, sativa or hybrid, that come in a variety of tastes, scents and potencies.

Indica is often reserved for nighttime use because of its sedative, pain and anxiety-relieving nature. Sativa is often selected for daytime use because it enhances energy and creativity. That might be a choice if hiking for the day or perhaps painting a picture, Rusnack said.

Most of the hybrids are a 50/50 split between the two, often balancing the traits of both.

Maine law allows adults to possess 2.5 ounces of flowers or 5 grams of concentrate which is also the daily purchase limit.

“Our point of sale system locks out when someone has reached a daily limit,” Rusnack said. “We can’t adjust it once they reach the limit.”

While there is no exact science and it varies by individual preferences, an ounce of marijuana makes about 20-to-40 joints, depending on size. The price for a gram is $20 and an eighth of an ounce is about $45.

The best-selling edibles that Rusnack manufactures in Grand Isle are the caramels and a special chocolate peanut butter square, much like a peanut butter cup.

“It has a creamy smooth peanut butter center,” Rusnack said.

A familiar face to Aroostook County residents has announced her candidacy for the Maine State Senate.
Pets END_OF_DOCUMENT_TOKEN_TO_BE_REPLACED

One addition to last week’s “Kindness abounds” story on the generosity of local area youth: Just last week, 11-year-old Michaela stopped by the shelter armed with bags of dog and cat food and special treats.
What's Happening This Week END_OF_DOCUMENT_TOKEN_TO_BE_REPLACED