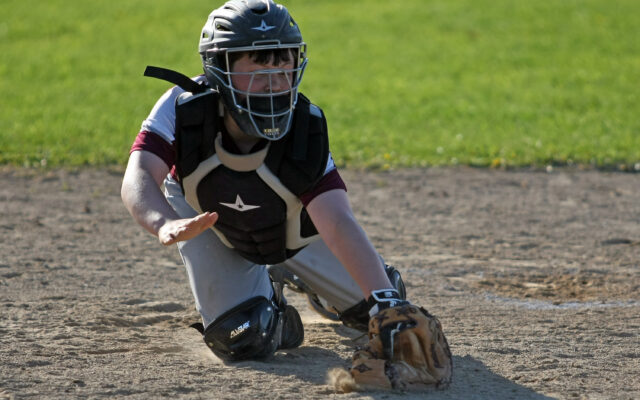 Joseph Cyr • May 18, 2021
Local baseball and softball squads have remained busy as teams are now past the halfway point of their seasons.

HOULTON, Maine — Local baseball and softball squads have remained busy as teams are now past the halfway point of their seasons.

On Friday, May 14, the East Grand and Southern Aroostook baseball squads met in Houlton for a doubleheader. In the first game, the Warriors rolled to a 13-1 victory over East Grand. Buddy Porter and Ethan Webb combined to pitch a no-hitter for SA. Garrett Harvey had two hits with three RBI and AJ Lewis had one hit and two RBI.

In the second game, SA picked up a 10-0 victory as Xavier Morales pitched five strong innings, striking out 11 and giving up just one hit. Chris Caswell had a double with an RBI.

Isaac Crone had the lone single for East Grand. 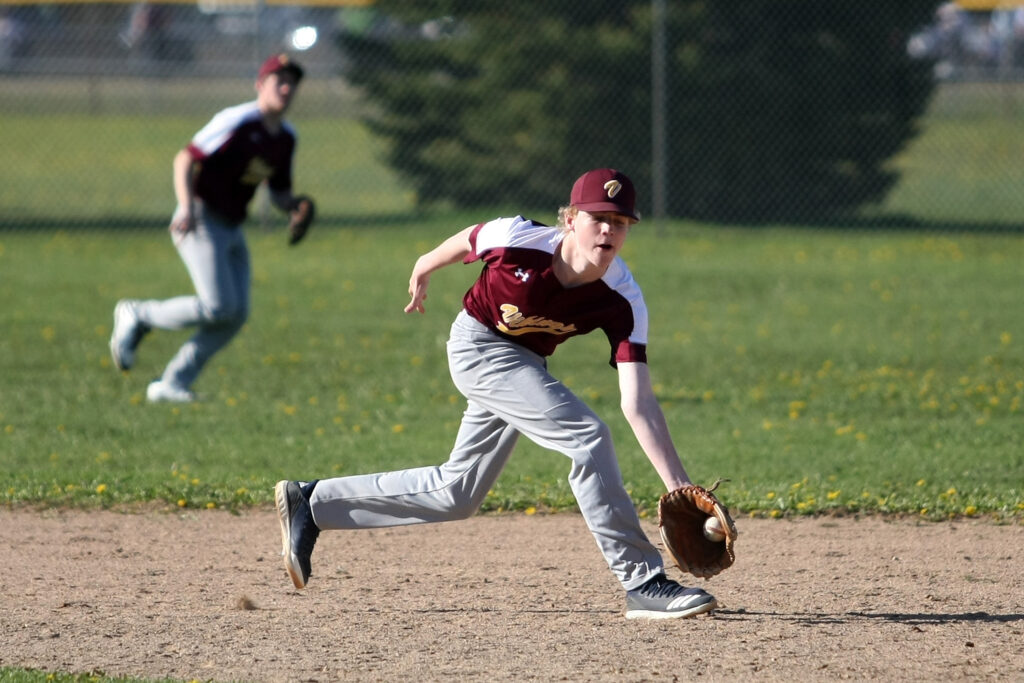 East Grand’s Conner Fogg makes a nifty stop on a ground ball hit to second base during a May 14 game against Southern Aroostook. (Joseph Cyr | Houlton Pioneer Times)

Southern Aroostook 7, Katahdin 3 — At Dyer Brook May 10, Southern Aroostook scored five times in the bottom of the first inning and never looked back en route to the win over Katahdin. Graham Siltz and Garrett Harvey combined to pitch the win, allowing three runs on five hits and eight walks, with 15 strikeouts.

Caswell led the Warriors offensively with three hits (including a triple), while Jacob Brooks and Andrew Lewis both had two hits.

Justin Hurlbert had two hits and scored two of the Cougars’ three runs on the day.

Woodland 12, Hodgdon 5 — At Hodgdon May 10, the Hawks suffered a tough loss to Woodland. “Basically we had one bad inning and things got away from us,” explained Coach Mark Faulkingham. “We as a team are working hard and doing what we need to do to improve. I honestly believe our best days lay ahead.”

Katahdin 6, Southern Aroostook 5 — At Stacyville May 10, Katahdin’s Maizy Cullen struck out 13 and allowed five hits and four walks to help lead the Cougars past SA. Cullen helped her cause by belting two doubles in the game.

Other Katahdin hitters were: Nikita Keim with two doubles; Staci Lea Anderson and Mickenzie Landry both with two singles; Makayla Hartsgrove and Jayden Stevens both had doubles; and Emma Mcnally and Hunter Hartsgrove each with a single.

For Southern Aroostook, Jayniece Wenzloff scattered 12 hits and four walks, with three strikeouts. Madison Shields had a double and single, while Selena Botting had a double, and Madison Russell and Paige Vose each had a single.

Hodgdon 30, Fort Fairfield 3 — At Fort Fairfield Wednesday, May 12, Hodgdon used a 14-run first inning to build a big lead on the Tigers. Marissa Dow had an inside the park grand slam and a bases-loaded double for seven RBI in the first inning alone. She finished the game nine RBI. 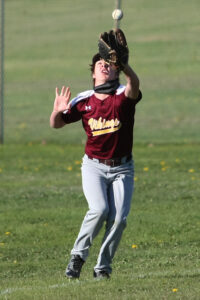 Stephen Rowe of East Grand tries to make a running catch in foul territory during a May 14 game against Southern Aroostook. (Joseph Cyr | Houlton Pioneer Times) 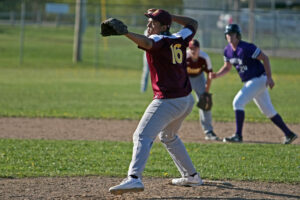 Gabriel O’Brien rears back to throw a pitch during a May 14 game against Southern Aroostook. (Joseph Cyr | Houlton Pioneer Times)

Members of the Houlton Band of Maliseets will head to the ballot box in order to determine who will be elected as their new tribal chief.
Pets END_OF_DOCUMENT_TOKEN_TO_BE_REPLACED