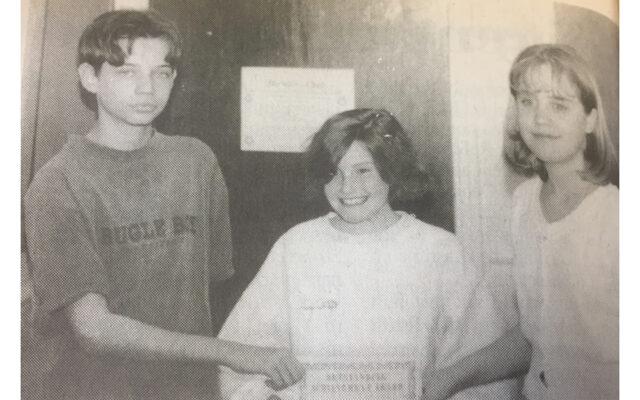 Beth Lacombe, Special to The County • June 2, 2021
100 Years Ago - June 2, 1921 Forest king tosses car into ditch -- Mr. and Mrs. Walter Chase, driving from Easton Sunday evening in their automobile, were attacked by a wild moose. The animal came out of the woods just as Mr. and Mrs. Chase made the turn at Murray Foster farm.

Forest king tosses car into ditch — Mr. and Mrs. Walter Chase, driving from Easton Sunday evening in their automobile, were attacked by a wild moose. The animal came out of the woods just as Mr. and Mrs. Chase made the turn at Murray Foster farm.

With head bowed and with the antlers touching the ground, the King of the Forest came at the car. The moose struck with such force that the car was tossed into the ditch. Neither he nor his wife were injured and the moose ran off into the woods.

Traffic safety — During the first two weeks of the Traffic Safety Check Program being conducted by Caribou Police, 200 cars were stopped for the check.

Festival — In celebration of its status as Potato Empire of the United States, Aroostook County is planning a six day Potato Blossom Festival for the last week in July. The County grows one in every 10 potatoes raised in the United States. The Festival will be held in Fort Fairfield.

USO celebrating 30th anniversary — Dorthy Keenan, Miss Mars Hill, and Terry Walton, Miss Fort Fairfield, join seven others in a bid for the title of “Miss USO” during the USO Day this Saturday at Loring as the mighty base opens its gates to the public. Miss USO will be selected by five Loring airmen.

Veterans Home names New Administrator — Maine Veteran’s Home Chairman of the Board of Trustees, Steven Gaudette, has announced the appointment of Gary Currier of Madison to the position of Administrator of the Maine Veterans Home, Caribou. Currier is a native  of Oxbow and is an avid outdoorsman. He will assume his duties on June 1.

Members of the Houlton Band of Maliseets will head to the ballot box in order to determine who will be elected as their new tribal chief.
Pets END_OF_DOCUMENT_TOKEN_TO_BE_REPLACED